In Deir ez-Zor, a mined car with chemicals was discovered

November 5 2017
49
The Syrian military found in the city of Deir-ez-Zor a car stuffed with explosives, where a container with chemicals was also located, the correspondent reports RIA News. 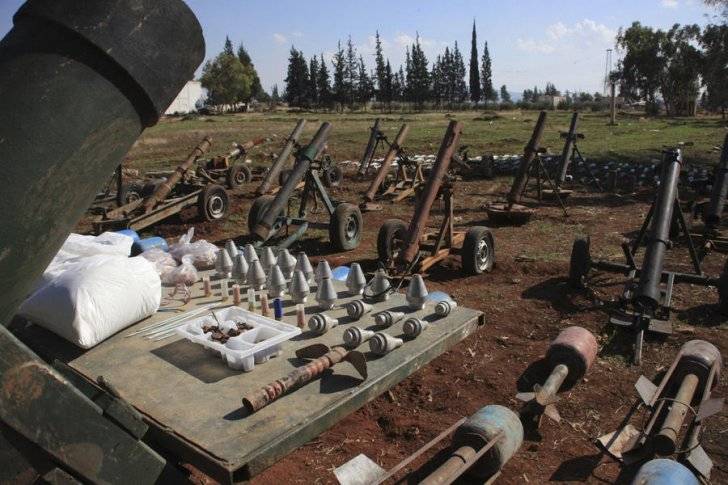 The container was labeled, indicating that the chemical elements contained in it "can only be used in laboratories and is contraindicated for medical use."

Some rifles were mined in such a way that the charge detonated when the trigger was pulled.

Another group of military discovered in the city of 6 tanks and a large number of mortars previously owned by terrorists.

“The mine clearance and mop-up operation is still ongoing, and it is possible that other warehouses with weapons and ammunition that belonged to the IG faction (banned in the Russian Federation) will be found,” the Syrian officer told the correspondent.

Ctrl Enter
Noticed a mistake Highlight text and press. Ctrl + Enter
We are
The action “Military service under the contract is your choice!” In Rostov-on-Don: future contract servicemen, exhibitions and “Russian Knights”
49 comments
Information
Dear reader, to leave comments on the publication, you must to register.