Tu-22M3 and the Kolpino submarine attacked IS fighters in Syria 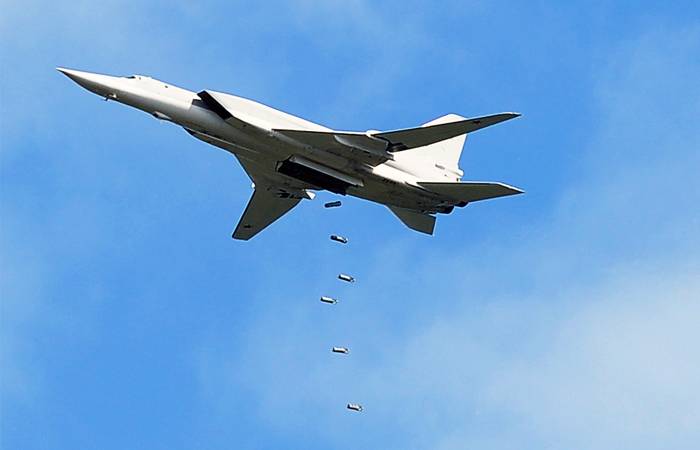 Today, the Tu-22 long-range bombers and the Kolpino submarine inflicted a massive missileaviation blow to ISIS infrastructure and militants * in the area of ​​Abu Kemal. According to the identified terrorist fortifications, warehouses weapons and ammunition, militant clusters and important command posts were dealt a group strike with six strategic bombers Tu-22 and six sea-based cruise missiles “Kalibr”
- said Konashenkov. 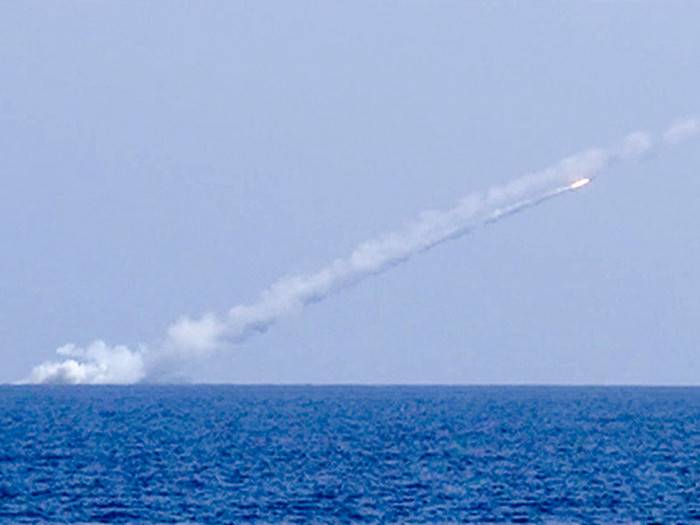 He clarified that as a result of a massive missile and air strike, a crushing damage was done to a large group of IG fighters near Abu Kemal.

This made it possible to deploy active offensive actions by the Syrian troops assault detachments under the command of General Hassan Suchel to destroy the terrorists in the last IS bridgehead in eastern Syria
said the general.

According to him, the launch of the Caliber cruise missiles by the Kolpino submarine was carried out from a submerged position over a distance of over 650 km. The Su-24 and Su-34 bombers from the Hmeimim airbase were also involved in the launching of a missile / air strike against terrorists, and the air cover was carried out by Su-30СМ, Su-35 and MiG-29 fighters of the Russian air group in Syria.

Over the past three days, 18 was hit on the IG terrorists in eastern Syria by TU-22 strategic bombers and nine strikes by the Caliber sea-based cruise missiles from the Veliky Novgorod and Kolpino sea-based submarines, reports TASS

IG * (ISIL *) is a terrorist organization banned in Russia

Ctrl Enter
Noticed a mistake Highlight text and press. Ctrl + Enter
We are
20 June 1977, the first flight made a long-range bomber Tu-22М3Supplies of China Tu-22М3 bombers are unlikely
79 comments
Information
Dear reader, to leave comments on the publication, you must to register.