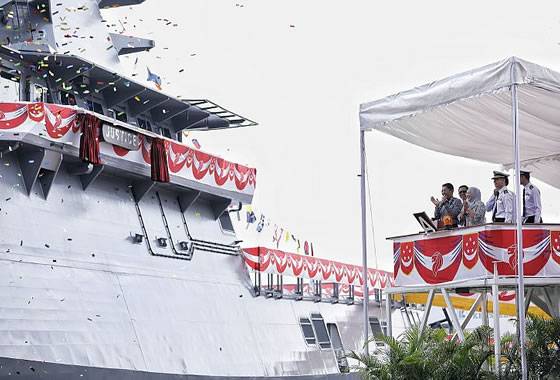 The contract for the design and construction of eight new 80-meter coastal patrol ships LMV was concluded in January 2013. They will replace the 11 of the Fearless class patrol ships that are in service for more than 20 years, built by the ST Marine division in the middle of the 1990's.

Bookmark the lead ship LMV "Independence", took place in September 2014. He was launched in July 2015 and May 26, 2016 transferred to the Singapore Navy. In combat fleet the ship entered in early May 2017.

Delivery of all ships is scheduled to be completed by 2020 year. They will be part of the Singapore Navy's 182 Squadron and will be deployed at the Tuas base.

Ctrl Enter
Noticed a mistake Highlight text and press. Ctrl + Enter
We are
Russia firmly occupies a place in the global arms market 2 and will maintain its position in the foreseeable future.Future King of the Coastal Zone
6 comments
Ad