November 3 2017
9
The Iraqi military on Friday morning launched the second phase of the operation to liberate Islamic State * from the city of Al-Qaim, located on the border with Syria, said the joint command of the Iraqi army.


According to the Shiite militia, during the first hours of the offensive, they, as well as the special forces to combat terror and units of the Iraqi army, successfully attacked a number of settlements adjacent to the city of Al-Qaim. The Iraqi military is supported from the air by the US-led international coalition 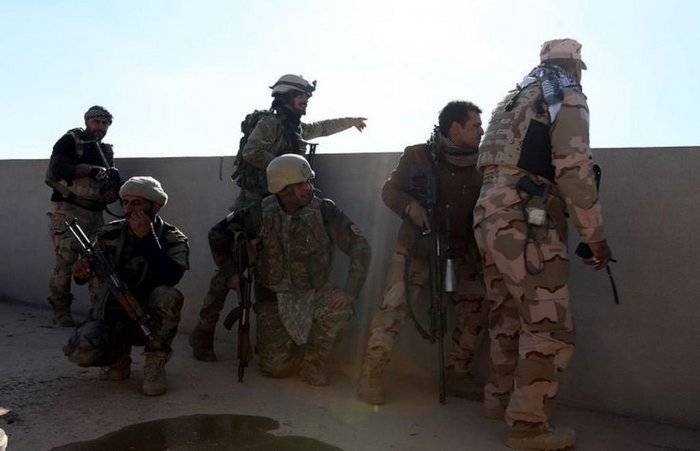 Iraqi Prime Minister Haider al-Abadi last week announced the launch of an operation to free the cities of Al-Qaim and Raw, calling them the last strongholds of terrorists in the country. The cities are located in the province of Anbar in western Iraq, near the border with Syria.

The Islamic state * is a terrorist organization banned in Russia.

Ctrl Enter
Noticed oshЫbku Highlight text and press. Ctrl + Enter
We are
Reports from the militia of New Russia for 29 August 2014 of the yearSyrian air force fighter struck the Iraqi city of Al-Qaim
Military Reviewin Yandex News
Military Reviewin Google News
9 comments
Information
Dear reader, to leave comments on the publication, you must to register.