Interviewed paratroopers believe that the leadership is not the right thing.

In the command of the Airborne Forces, it would be better to prepare the fighters and better supply the rear ... the barracks without heating, with leaky windows, the roofs flow. And they break their heads, whatever color berets come up with instead of blue
- said one of the soldiers. 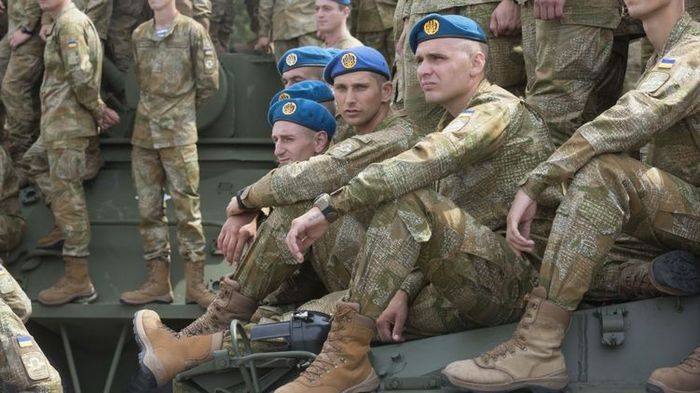 The fact that the blue berets were with the USSR in the Airborne Forces, this is not a reason to “de-communize” the tradition and symbol of the troops
- I'm sure the other participant in the survey.

However, there are some fighters who do not care about the color of the headdress.

I don't care what color the beret will be. The main thing is to wear a helmet and a bronik
- said a private soldier under contract.

Earlier, the command of the High Mobile Airborne Troops of the Armed Forces of Ukraine was replaced by servicemen with blue maroons. It explained its decision by the fact that the blue ones use only seven countries, including Russia, and the maroon ones - the 59 states

Ctrl Enter
Noticed a mistake Highlight text and press. Ctrl + Enter
We are
"High-Mobility" won the paratroopers in Ukraine
53 comments
Information
Dear reader, to leave comments on the publication, you must to register.