November 3 2017
43
APU received a batch of new armored vehicles. According to the portal ukrmilitary.com, the research and production association Praktika transferred to the Ministry of Defense of Ukraine the first batch of Kozak-2 vehicles in the number of 10 copies.


The Ministry of Defense of Ukraine reports that these are the first MRAP class cars produced for the Ukrainian army. Earlier, Kozak-2 vehicles were already delivered to the National Guard and the State Border Service of Ukraine. 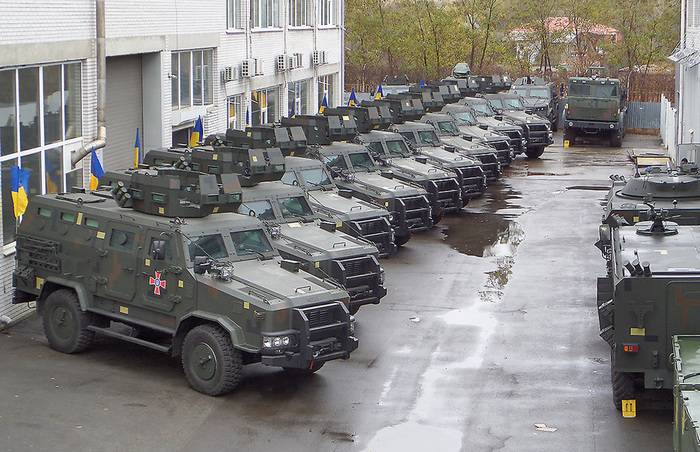 The Kozak-2 armored vehicle has been mass-produced since July 2015, about 100 vehicles have been assembled to date. In March of this year, the order of the Ministry of Defense No. 158 "Kozak-2" was adopted by the Ukrainian army.

The mass of an armored vehicle built on the Iveco Eurocargo four-wheel drive chassis is 15 tons. Length (depending on version) is from 6,6 to 7,1. The car can accommodate up to ten people, the diesel engine's power is 280 l. with. The ballistic protection of the machine is declared at the level of STANAG level 2, the explosion protection is STANAG level 2a, 2b.

Ctrl Enter
Noticed oshЫbku Highlight text and press. Ctrl + Enter
We are
What light armored vehicles will be in demand in the future?
Military Reviewin Yandex News
Military Reviewin Google News
43 comments
Information
Dear reader, to leave comments on the publication, you must to register.