November 2 2017
144
The self-proclaimed Donetsk People's Republic (DPR) will become part of Russia when the international situation changes in favor of Moscow. This opinion was expressed on a straight line by the head of the DPR, Alexander Zakharchenko, the transcript was published on his official Online. 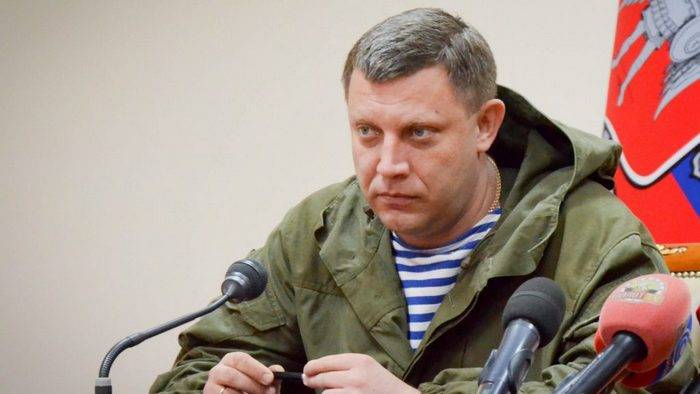 As Zakharchenko believes, the entry into another state is always a two-way movement:

Today neither we nor Russia are ready for this. Let's not fool ourselves. The beginning of such a process would lead to an incredible escalation of international tensions, and not so much around us (there is enough here and so - people die almost every day), as around Russia

According to the head of the DPR, “if the international balance changes in favor of Russia, she herself” will offer the self-proclaimed republic “coexistence options”.

Zakharchenko in May stated that the republic was aimed at joining Russia, following the example of the Crimea. Recall that he previously reported that the restoration of the territorial integrity of the DPR will take place at the right historical moment and with minimal losses.

Donetsk and Luhansk people's republics were proclaimed in the spring of 2014 after the independence referendums. In April of the same year, Kiev announced a military operation in these regions.