Why did Peter I struggle with the term "Muscovy" 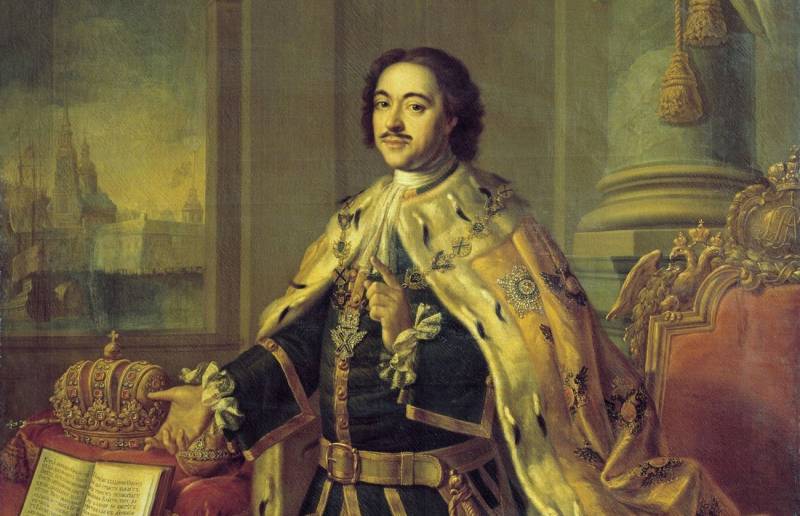 There is historical the myth that there was no Russia or Russia before Peter the Great was called the territory inhabited by Great Russians Muscovy, and only Peter the Great abolished this name in 1721, establishing the new name of the country - the Russian Empire.

This myth, I must say, has a long history of life in the past, and even now it is used not so much to change history, but in the context of the current political situation. Roughly speaking, this is another debate about the past, which is actually about the present.

In order to understand where Peter I is, what he renamed and where, you must first turn to the very term Moscovia. Originally, the name Muscovy was used by Western historians and geographers to refer to Moscow and the principality of Moscow from the 15th century. This term was used in parallel with the names "Ruthenium", "Russia" or "Rus", and did not have a negative connotation.

For example, in the XVI century, the Catholic cardinal and historian Cesare Baronio wrote: “Muscovy got its name from the name of the river and the capital located on it, being a part of Russia,” and the 17th century German historian George Horn pointed out: “Muscovites are Russian, only so by the name of the capital of their state ".

Such explanations were required first of all by the Europeans in order to avoid political confusion, since very quickly Muscovy began to be used as a propaganda name. And the efforts to spread this name was made by the Polish-Lithuanian propaganda.

The fact is that part of the Russian lands from the XIII-XIV centuries was part of the Kingdom of Poland and the Grand Duchy of Lithuania. On the Polish maps, they were designated as “Russian Voivodship” with the capital in Lviv and, in the opinion of the Poles, these territories had no relation to Moscow now and could not have it.

Tsar of All Russia

However, in Russia, which, according to the Europeans, was “only” Muscovy, there were fundamentally different plans for this. And in 1500-1503, during the Russo-Lithuanian war, Tsar Ivan III officially took the title "Sovereign of All Russia".

On the essence, it was not just some kind of “new beautiful title”, it was a political program, concluded in one phrase. Ivan III thus declared urbi et orbi, which claims to unite all the Russian lands, and accordingly to the legitimacy of his power over these lands.

Moreover, it was from that moment that the propaganda of Muscovy, separate from Russia, intensified so much that after the conclusion of the Brest Union in 1596, even a number of Orthodox authors began to speak of “Muscovites” and “Russians” as different ethnic groups. But, again, this was the result of many years of propaganda work, the aim of which was to prove that the Moscow princes did not have a historical right to rule over all Russian lands.

However, although the very name of "Muscovy" and became widespread in Europe, but it is directly correlated, as a synonym for "Russia", and not as some kind of separate territory from Moscow. For example, the Austrian diplomat Sigismund von Herberstein in the XV century directly reported that Muscovy is the main state of Russia.

Interestingly, in Russia itself, the word Muscovy became widespread only in the 18th century, and precisely in the historical context. It, for example, was used to designate "pre-Peter the Great Russia", as something not so large-scale and not as majestic as the Russian Empire of Peter. That is, again for propaganda purposes. More Muscovy began to call all the same region of Moscow and its environs.

The Renaissance of the term itself and the propaganda campaign in connection with the impossibility of the succession of Russian rulers over all Russian lands occurred in the XIX century, and again in Poland, and then everywhere in Europe. And it was then that the story of how Tsar Peter renamed the country began to form.

Then the date appears, 1721 year. By the way, somewhat deviating from the topic, it is worth noting that this myth about Muscovy again became widespread in our time. This time in Ukraine. Now "Ukraine is the real Russia, and Russia is Muscovy." However, as was said above, the entire history of Muscovy is not a polemic on the subject of history, but political propaganda.

But back to Peter, and in the 1721 year. This year, Tsar Peter became the Emperor of All-Russia. He became them for a reason, and in the context of the fact that 30 August 1721, according to the old style, Russia and Sweden concluded the Nishtadt peace treaty, according to which our country got access to the Baltic Sea and the territory of Ingria, part of Karelia, Estonia and Livonia.

In general, this was the very “window to Europe”, which made Russia already one of the European superpowers of that time. And it was logical to raise the status of the Russian tsar to the All-Russian Emperor, which Peter underlined by changing his title.

At the same time, it is known that Russian diplomats from the time of Peter actively fought with the “double name” of our state, bringing to Europeans that the use of the term Muscovy in relation to Russia is incompetent, that Muscovy is only a small part of a huge country.

But due to the fact that propaganda myths - weapon universal and non-historical, from time to time someone remembers this story and interprets it in such a way that "before Peter, there was no Russia, and if it was, it was outside of Muscovy."

But, as we see, both Russians and many Europeans never made “Muscovy” a separate state and ethnic entity, but they considered it to be either a part of Russia or a synonym for the name of our country.

Ctrl Enter
Noticed oshЫbku Highlight text and press. Ctrl + Enter
We are
Chernobyl notebook. Part of 3
112 comments
Information
Dear reader, to leave comments on the publication, you must to register.