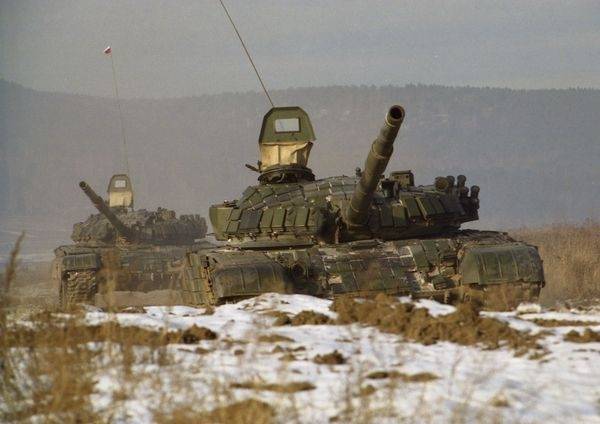 The Red Banner Leningrad-Pavlovsky Motorized Rifle Regiment - a structural unit reconstructed a year ago by the 90th Guards tank divisions. Having completed “preferential holidays” as a young military formation, he replenished the contingent of units and formations of the Central Military District, now holding on the training grounds a report on what had been achieved in the school year that was ending.

Actually, behind subordinate captain Bitner, this year there was already one test - control classes in the spring. However, for beginners that test period was rather a test one. Although the tank company commander himself is sure: "If the task was to report as usual, they would have coped."

And this is not bravado. Back in the old days, being in the Ural motorized rifle brigade, tankers were the locomotive of the combat training of the formation. Then Ivan Bitner commanded a tank platoon.

When recreating the 90 Guards Tank Division, the command of the military district decided to maintain a successful tank unit in the regular structure of the reconstructed motorized rifle regiment. In it, Ivan Bitner, with the rights of the best-trained officer, accepted a tank company. And the most "test" - the first. Captain Bitner explains: “Whoever serves, he knows that the division at number one, as a rule, is leading at all the planned events held in the military unit. So it was in the composition of the former brigade. This is also the case with the motorized rifle regiment: all checks are mainly on our base; ostentatious classes are also our strength. ”

At the same time, I want to emphasize: everything that was assigned to the company, the personnel worked on the new set of standard combat equipment. Not on those combat vehicles that the crews had cherished for several previous years, maintained and, as they say, adapted for themselves, but on samples of T-72B obtained from the district storage base. As a result, in the first year of combat training, tank crews entered combat vehicles that had not undergone intense field operation and had a maximum mileage of a scanty three hundred kilometers.

It would seem to own and rejoice. After all, they were not transferred to a “second-hand”. But, as the tank crews say, “the unworked products must also be put into operation”.

Exactly a month was spent by tankers in the fleet of combat vehicles: in the process of scheduled maintenance, they replaced the preservative lubricant with operating oil, where it was required, “refreshed” gaskets, connecting hoses, nozzles, painted cars. And already during the first serious test - at the finish of the winter field exit, participating in bilateral tactical exercises as part of the 90-th Guards Tank Division, the subordinates of Captain Bitner were recognized as the best. From Chebarkul to Yekaterinburg, to the “winter apartments”, the unit returned with the honorary addition in the standard name: it became the first strike tank company. As a special encouragement, the commander of the Central Military District then invited the company tankers to meet Victory echelon in Yekaterinburg, and Colonel-General Vladimir Zarudnitsky personally presented memorable black knives to the servicemen - a symbol of the 10 of the Urals Volunteer Tank Corps celebrated in World War II. Among those who were encouraged were Ivan Bitner and his commanding crew - motorcaster driver Alexey Petrov and gunner-operator junior sergeant Konstantin Grigoriev. By the way, in the same composition they are winners at the district qualifying stage of the Central Military District “Tank Biathlon - 2017”.

And also in the asset of the shock company, transfers to distant and unfamiliar training grounds, including in the Rostov region, participation in the Ural International Military-Technical Forum "Army-2017", demonstration performances on the tank and foot race in the framework of the regional "Race of Heroes".

They coped with all the tasks, the regiment command was not let down in anything. “First of all,” Captain Bitner readily explains, “that there are no random people in the company.” Its backbone is the servicemen, who have adequately proved themselves in the brigade link. And the divisions that arrived to us during the reconstruction successfully passed the tests I developed. ”

Someone will say: this is something new in military practice. “Understand what you want,” captain Ivan Bitner parries, “but I have carte blanche from the regimental command to select a motivated, professionally oriented, and long-lasting personnel staff for the strike company.”

To this end, the company has developed a series of questions, the answers to which most accurately show the degree of training. At the beginning of the test, I ask the candidate to name the conditions of the third exercise of control shooting, ”says Captain Bitner. - It's like a multiplication table for a student. If a person starts to get confused, then what next to talk? The answer immediately shows: during the period of the previous service, the guy was only listed in the tank unit. ”

Hearing from me that these days the command of the regiment considers the first strike tank company as the leader in passing the final test, captain Ivan Bitner was not surprised. He explained: “I myself strive to ensure that for my company this becomes the norm. Each of the contract tankers understands that there will be nothing new, unusual when checking for us. There is the same thing that we are doing in the park day and day in the summer and at the training grounds. It is just necessary to concentrate once again and prove that the honorary unit of the shock division of the company is well-deserved. We are ready for the exam! ”