Creation of T-55 tank and sabotage in the assembly shop 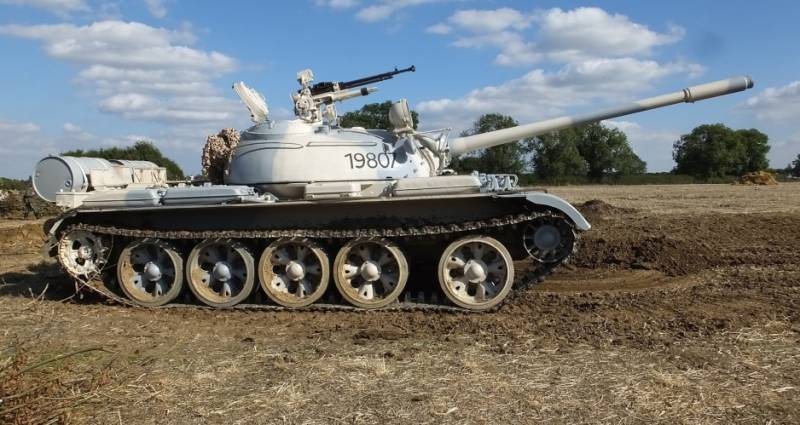 It is well known that the Soviet T-55 medium tank was created on the basis of tank T-54. The memoirs of the famous tank designer Leonid Nikolayevich Kartsev help to understand how the process of turning the T-54 into the T-55 started “from below” without instructions “from above”, and what unexpected opposition had to be encountered in the production of the new tank.

During the described period, Kartsev was the general designer of Uralvagonzavod: “Once in Chelyabinsk, the head of the automatics bureau of the tank design bureau Silchenko told me that he developed an automatic fire-fighting equipment system for a heavy tank, and the Kirovs (Leningrad Kirovsky Plant - LKZ) do not want to implement it . I asked him to give us one set of this equipment for testing. Soon we tested it by installing it on a T-54 tank, and got good results.

Almost at the same time, the head of the transmission bureau arrived from Kharkov and brought drawings of a planetary transmission, which promised to be much more durable than cylindrical. Testers from the Cuban tank ground suggested replacing smoke bombs to install thermal smoke equipment (TDA). So we have formed a solid foundation for implementation in production.

An idea to introduce these innovations simultaneously with the accumulated reserve of its technical solutions was ripe. I.V. Okunev (Ivan Vasilievich Okunev - director of Uralvagonzavod - MK) also reacted to the idea with enthusiasm, but asked ... to make sure that the introduction of all the planned innovations took place not as a modernization, but as the creation of a new tank. They divided the responsibilities: I am responsible for the designs and for the results of testing prototypes, Okunev - for the introduction into production ... They assigned the name “155 object” to the new development.

The development was successful, and in the middle of 1957, the “155 object” was put into service under the name “T-55 tank”. Mass production was planned to start from January 1 1958.

“With the start of production of the T-55 tank, there were a lot of complaints from the workers about stacking shots along the partition of the engine compartment. Workers complained about the difficulty of fitting the crossbars, eliminating the contact of the shells against each other. Investigating this question, I suspected that the workers-collectors were pursuing their goals: to achieve an increase in the standards of time for fitting. On the reports in the assembly shop, this issue was raised daily. The director scolded me ... Finally, my patience was exhausted, and I decided to prove that the workers were falsifying the situation. After the change, we with the designers V.O. Drobotenko and N.N. Popov came into the shop and began to customize the unfortunate styling. The work was not easy: you will fit the crossbar to eliminate the touch of the projectile in one place, and it appears in another. We had been busy with this case all night, but we achieved stability in the work and handed over two packings to the military representative. In the morning report, the military representative told the director about it. The reaction was appropriate. He accused the workers of the assembly shop of sabotage and instructed the chief technologist of the plant to urgently make a styling layout in the manufacturing shop and carry out fitting work there. The question of this really complicated stacking of shots was no longer raised. ”

At the same time, it should be noted that the workers of the assembly shop had good reasons to try to confuse the head with the authorities, seeking to maximize the time standards for adjusting the crossbars. They took care of the future ...

Kartsev wrote: “Then every year in February, in a directive manner, production rates were tightened by 15%. If for the manufacture of some parts, for example, one ruble was paid, then from March 1 there were already 85 kopecks, and next year 72 kopecks, etc. ”

The question arises - and if 7 years in a row annually reduce prices, what happens? Tightening on 105%?

It is no coincidence that one of Kartsev’s colleagues somehow joked at the next price reduction: “I have been working at the plant for many years, the norms are getting tougher every year, now the plant must pay extra for tanks and not receive money.”

Of course, it didn’t go as far as paying the extra for the hand-made part. Outputs from this situation were found: “In order for the plant to work with profit, they went in two ways: they reduced the labor intensity of manufacturing by introducing new, more productive equipment or introduced new samples into production, laying down“ fat ”standards for further tightening. For example, the complexity of manufacturing the T-55 and T-62 tanks was almost the same, and due to the improved combat characteristics of the latter, the price for it was 15% higher than that of the T-55 tank. "

It is clear that in the past, the combat characteristics of the new cars improved compared to the aging predecessors, which created a “fat”, which could be used to tighten the norms. This was how the military industry worked until the 1965 year, when, as part of the so-called Kosygin reform, the annual directive reduction in labor intensity was canceled ...

Ctrl Enter
Noticed a mistake Highlight text and press. Ctrl + Enter
We are
Middle tanks in the postwar period. "432 Object"The best main battle tanks of the world 2012 of the year
76 comments
Information
Dear reader, to leave comments on the publication, you must to register.