November 2 2017
80
Six Tu-22М3 bombers, having flown up from the territory of Russia, attacked militant targets of the Islamic State terrorist group * in the Syrian province of Deir-ez-Zor, the Ministry of Defense reported. 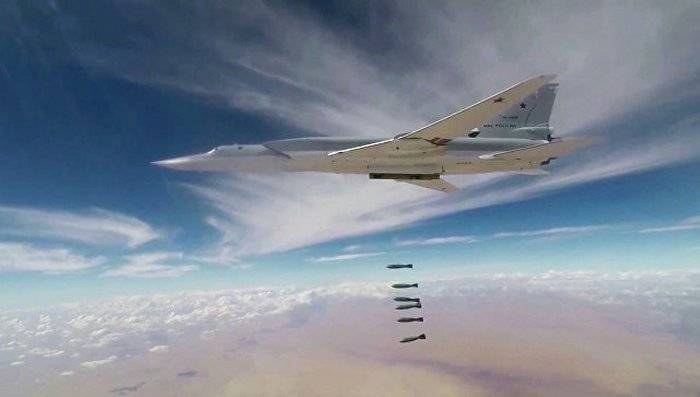 It is noted that the targets of destruction were warehouses of weapons, shelters for equipment, strong points and control points for terrorists.

It is emphasized that objective monitoring data confirmed the defeat of all the designated targets, after successfully completing the combat mission, the Russian aircraft returned to their home airfields.

ISIS * is a terrorist group banned in Russia.

Ctrl Enter
Noticed a mistake Highlight text and press. Ctrl + Enter
We are
“Reserve trump card” of the USA against Moscow and Damascus enters the “Great Game”Supplies of China Tu-22М3 bombers are unlikely
80 comments
Information
Dear reader, to leave comments on the publication, you must to register.