November 2 2017
53
Hungary has launched an auction sale procedure for 23 decommissioned multi-role fighters MiG-29, the starting price for which will be 4,8 billion forints ($ 18 million). About this in its latest issue reported the British edition of Defense & Security Intelligence & Analysis. 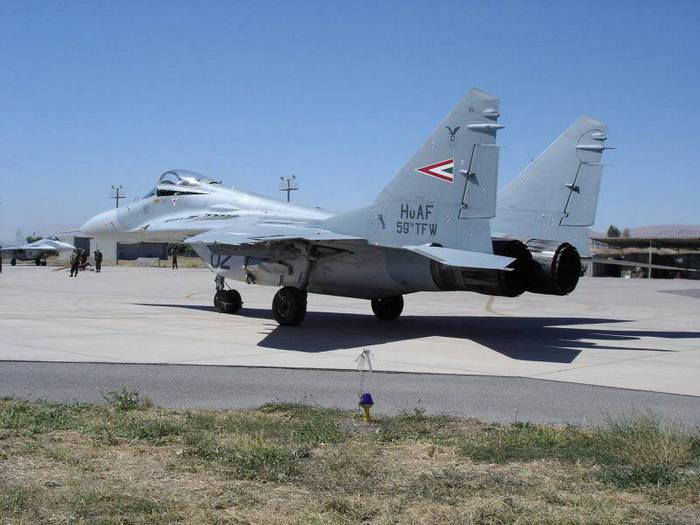 20 engines from these aircraft, missiles and more than 1,2 thousand spare parts are also on sale. Bidding is scheduled for November 14-16, but their holding must be agreed with Russia. Allegedly, the fighters put up for auction last took to the air seven years ago. Nothing is known about the technical condition of military equipment, except that some of the MiGs for many years remained under the open sky at the military airfield of the city of Kecskemet.

In 1993, Russia supplied Hungary with 28 MiG-29 to repay part of the USSR’s debt. A decade later after joining NATO, Budapest decided to abandon the use of Soviet aircraft, starting to gradually replace them with Swedish JAS-39 Gripen fighters, TASS reports

Ctrl Enter
Noticed oshЫbku Highlight text and press. Ctrl + Enter
We are
Hungary begins the process of acquiring new multi-purpose helicopters and airplanes
53 comments
Information
Dear reader, to leave comments on the publication, you must to register.