November 2 2017
48
Flight tests of medium-range anti-aircraft missiles began on Thursday in the Kherson region, the press service of the Ukrainian Air Force Command reported on Thursday. 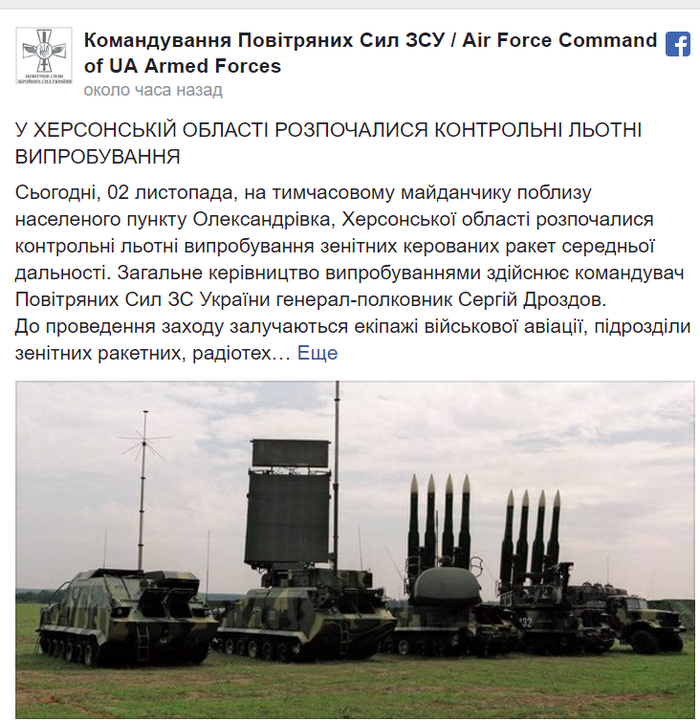 As noted in the military department, military crews are involved in the tests aviation, units of anti-aircraft missile, radio engineering troops, communications and unmanned aircraft of the air forces of the Armed Forces of Ukraine.