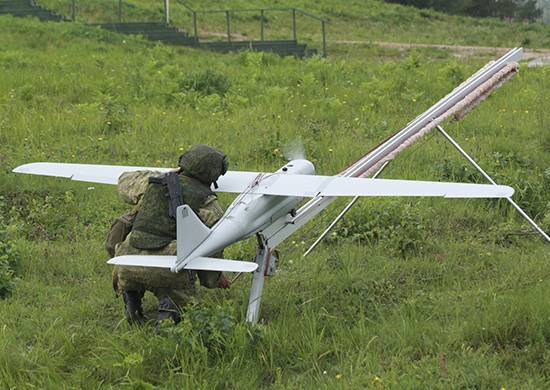 According to the press service, this is the latest modification of an unmanned aerial vehicle. It includes means of electronic warfare.

The main difference lies in its ability to install transmitters of interference and jamming zones of cellular communication. It can work with 3G and 4G networks and is able to distinguish between its own and others' means of transmitting information,
told in the neighborhood.

It is noted that earlier, the drones Orlan-10, which are capable of conducting only aerial surveillance (reconnaissance) of the terrain, were sent to the troops.

The UAVs "will be part of the modernized electronic warfare complex RB-341В" Leer-3 "with a control point based on the KAMAZ-5350 chassis," the press service added.