November 2 2017
10
Academician Yury Trutnev celebrates his 90 anniversary. It was thanks to the work and talent of Yuri Alekseevich that the foundations of the modern nuclear weapons, which allowed us to achieve parity with the main nuclear "partner" - the United States. Ultimately, the development of Yuri Trutnev made an invaluable contribution to ensuring peace and nuclear balance on the planet.


Yuri Trutnev - Soviet and Russian physicist, Hero of Socialist Labor, Doctor of Technical Sciences, winner of the Kurchatov gold medal. Yuri Alekseevich was born on November 2 on November 1927 in Moscow. After graduating from the Physics Department of the Leningrad State University in 1951, he was sent to work at the All-Russia Research Institute of Experimental Physics and began working in the closed city of Arzamas-16 in the Design Bureau No. 11. 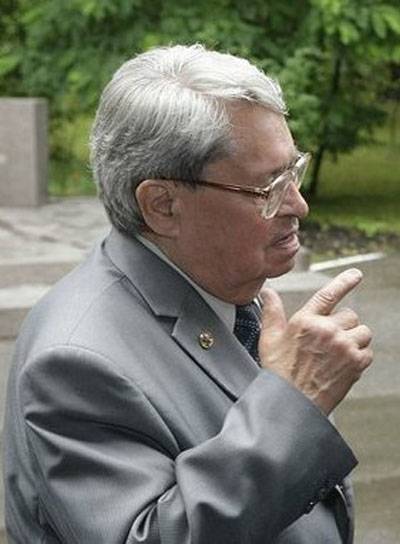 “Military Review” congratulates Yuri Alekseevich on his anniversary and expresses gratitude for his invaluable contribution to the development of the country's security!

Ctrl Enter
Noticed a mistake Highlight text and press. Ctrl + Enter
We are
Torpedo UGST "Physicist-2" / "Case". Mysterious novelty of the Russian fleet
10 comments
Information
Dear reader, to leave comments on the publication, you must to register.