From the report:
According to our data, Israeli aircraft launched a rocket attack on Syrian territory from Lebanese airspace in the Bekaa region. 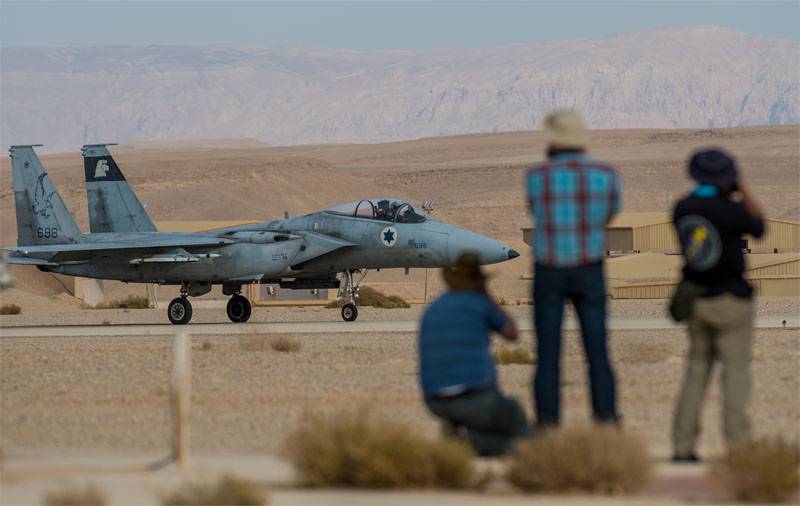 It is reported that the attacks were made in the province of Homs. The specific targets of the strike are not called. Usually, Israeli aircraft are used to attack positions of the Hezbollah group. In the Israeli media, it is reported that the blow was struck "at the ammunition depot or the missile plant."

It is stated that the Syrian 72 Army responded to an Israeli airstrike by launching ground-to-air missiles.

Recall that in October, the Israeli Air Force aircraft struck three blows on Syrian territory, one of which was aimed at the Syrian army’s C-200 air defense system.

Ctrl Enter
Noticed a mistake Highlight text and press. Ctrl + Enter
We are
The action “Military service under the contract is your choice!” In Rostov-on-Don: future contract servicemen, exhibitions and “Russian Knights”
130 comments
Ad