Revolution and the "Third Rome" 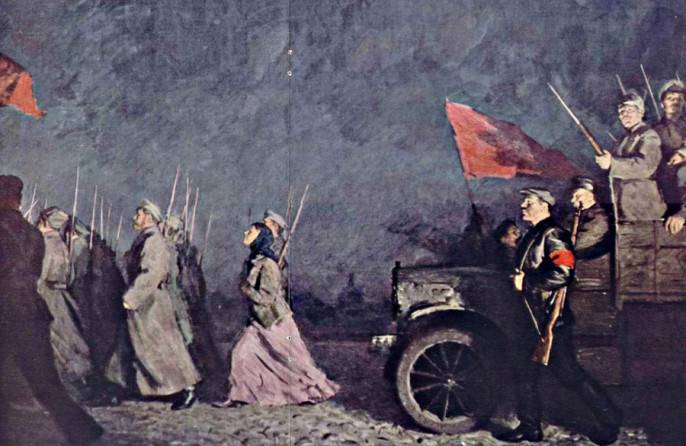 It seems to me very important that we started the conversation about the Russian dream on the land of Esenin, on the land of the Ryazan principality, which was in stories independent, competing with Moscow, one of the most important spiritual and historical centers of the Russian people. The feudal wars in the Middle Ages were everywhere - both in Europe and in Asia.

I am absolutely not in favor of the concept "Moscow is the third Rome", since I perceive Rome as an absolutely hostile phenomenon to the Russian people. For me, Rome is the embodiment of the earthly antichrist dream, the city-state, where the city-society, the state is declared the highest divine value, and the pontiff - this high priest, he is the ruler of the state - is declared almost the main servant of God, devouring human lives. Why should we go to this obvious historical trap into which the ruling elites, who constantly sought to become part of the West, led us, and Russia, the Russian people, and other peoples who lived here, could be used as a resource for acquiring assets in this global club of global Rome? Rome will always perceive the land to the east of the Danube, which reached Trajan’s legions, as the land of barbarians, as a land of threat, as land intended to be a source of slaves and raw materials.

Our military leaders, Slavic, Gothic, Turkic - these were people who became such, as a rule, for their qualities - for their courage, for their ability to lead troops, for their justice and mercy. Because in our tradition, slaves are hostages who simply lost weapons, lived for some time together with those who took them captive, then after some time they were either released for ransom, or sent home. Often they became members of the families of their "masters".

Whenever Russia cast off the illusions of Western Roman temptation, when it relies on itself and seeks its true identity, it becomes a truly great world power. In this sense, I regard the great tragedy of Russia as the 17th century split, the main fault in Russian history and the Russian spirit. Romanovskaya nobility, with the support of the clergy, simply chose to become part of the Western elite and part of the global Uniate project. The Russian people resisted this, he gave tens of thousands of martyrs, burned and tortured confessors of the Orthodox faith, the Razin uprising, the Bulavinian uprising, the Pugachev uprising.

In the 20th century, the Russian people created the Soviet dream. It was not Marxist, it was precisely anti-Western, based on the inclusion of tens of millions of people in the socio-historical development processes. The children of the peasants in this project could become poets, engineers, professors. My mother is the daughter of a peasant, but in 40, she received her education in Stalin, she was an engineer. My grandfather was born in a Belarusian peasant family and, knowing eight languages, ended his life as a professor at two universities. But if there was no revolution, who would it be?

I recently told Alexander Andreyevich that, thanks to our discussions with him, I deeply reconsidered my view of Stalin and the Stalin era. I did not understand and did not feel it, but now, having stepped over the 50 frontier of years, I understand that he was the leader who was looking for internal development resources and did not copy Western schemes. I will devote the rest of my life to the struggle for liberation from all forms of Western ideological and other occupation of my country and my people.

Ctrl Enter
Noticed a mistake Highlight text and press. Ctrl + Enter
We are
What you didn't want to know about EnglandDo not chop off the roots of Russian culture
16 comments
Information
Dear reader, to leave comments on the publication, you must to register.