Norway will receive the first batch of F-35A

November 1 2017
31
On Thursday 2 in November, the first three Lightning-35 fighters-2A, previously ordered in the United States, should arrive at the Norwegian Air Force Base in Orland, reports TSAMTO with reference to the resource NRK.no. 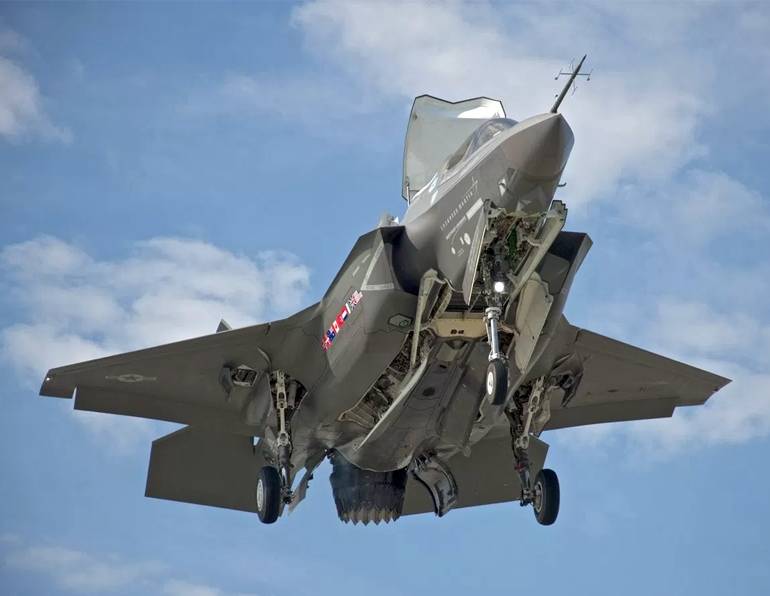 According to the resource referring to the general manager of the F-35 program in the Norwegian Ministry of Defense Morten Klever, “the solemn ceremony of adopting the AM-8, AM-9 and AM-10 aircraft will take place later in the week - November 10”.

TSAMTO recalls that Norway has joined the F-35 program as an 3-level partner in the project design and demonstration (SDD) phase. “In November 2008, the Norwegian Defense Ministry announced the F-35 Lightning-2 the winner of the tender for the supply of new generation fighter jets to the country's Air Force, designed to replace the outdated F-57 16,” the article says.

To date, the acquisition of 40 aircraft has been approved, and it is planned to purchase 52 units.

Ctrl Enter
Noticed a mistake Highlight text and press. Ctrl + Enter
We are
F-35A and the new look of Hel Haavir. Netanyahu's loud statement "stumbles" about the power of modern Iranian air defenseWhat does F-35 not like in Australia?
31 comment
Ad