According to Jane's Defense Weekly, preliminary tests of 10 vehicles will pass at the first stage. According to the plans, the tests will be completed by February 2018. After evaluating the results of the tests, CAEx will decide on the transition of the project to the stage of serial production or refinement of the equipment. 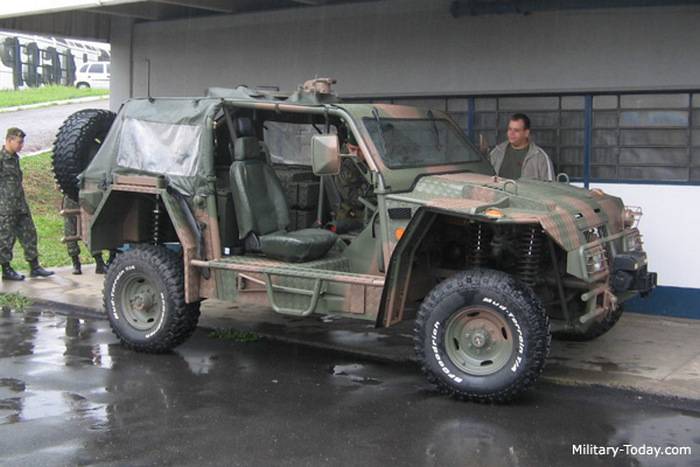 The Brazilian ground forces are planning to purchase around 30 vehicles for the rapid reaction force, including a parachute infantry brigade (Bda Inf Pqd), which plans to use Chivunk for reconnaissance, medical evacuation, towing 120 mm mortars, etc.

The Chivunk maximum speed is 120 km / h, the cruising range with three crew members is 550 km. "Chivunk" can be transported on the external suspension of the helicopter and parachuted from a plane at low altitude, transmits TSAMTO

Ctrl Enter
Noticed a mistake Highlight text and press. Ctrl + Enter
We are
Everything is at home: Turkey is committed to an independent military industryForeign press: PAK FA is not the fifth generation fighter
7 comments
Ad