November 1 2017
68
The Security Service of Ukraine ensured the arrest of the property of the “heads of the“ self-proclaimed ”DPR, Alexander Zakharchenko and the“ LNR ”Igor Plotnitsky. This is reported "Ukrainian News". 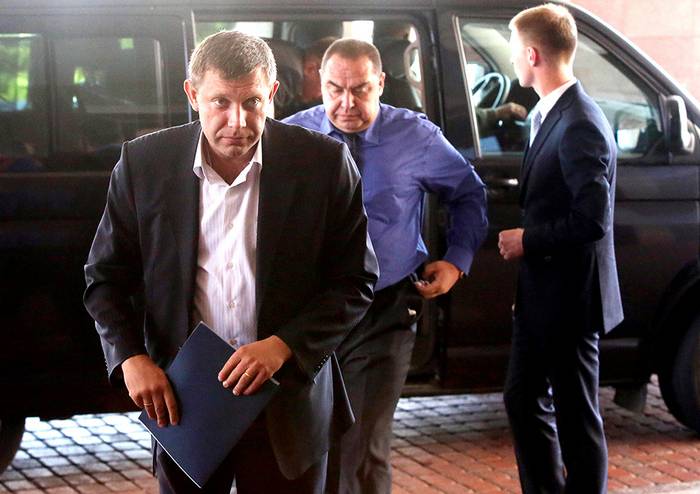 In response, the authorities noted that Zakharchenko and Plotnitsky, suspected of the SBU in the creation of terrorist organizations, declared wanted, the court gave permission for their detention.

Measures taken to ensure the seizure of the property of these suspects
- the document says.

At the same time, the SBU refused to answer what kind of property Plotnitsky and Zakharchenko arrested.

We also recall that the head of the LC of Plotnitsky in Ukraine was accused in absentia and is being tried in the case of an IL-76 downed plane in the Luhansk region in June 2014 of the year. The case is considered Babushkinsky District Court of the Dnieper (Dnipropetrovsk - approx.)