November 1 2017
11
The combined army army of the Eastern Military District received the first batch of several new command-staff vehicles (KSHM). The machines are designed for effective management of battalion brigade-level units in the conditions of active electronic countermeasures, the press service of the BBO reports. 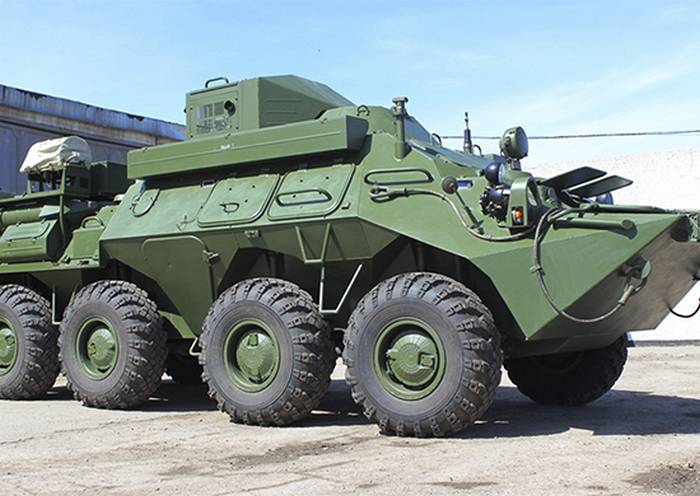 According to the report, CSRs are made on the basis of the BTR-80 armored personnel carrier and are equipped with the most advanced means of communication, allowing data to be transmitted over closed channels, including via satellite communications. Machines using video cameras are able to conduct round-the-clock observation of the battlefield with the output of video information both on a special “laptop” of the commander’s workplace and on the possibility of transmitting video to connected subscribers.

Thanks to the built-in GLONASS system, the machine provides automatic positioning on electronic maps of terrain of various scales. In addition, the equipment is compatible with tactical level complexes that transmit data over a special network, similar to Wi-Fi, which allow you to see the location and condition of each fighter on the battlefield
- added to the Ministry of Defense

Ctrl Enter
Noticed oshЫbku Highlight text and press. Ctrl + Enter
We are
The Ministry of Internal Affairs of Russia will receive a robotic complexes "Sphere"Signals from the sky. Satellite communication systems
Military Reviewin Yandex News
Military Reviewin Google News
11 comments
Information
Dear reader, to leave comments on the publication, you must to register.