MiG-31BM vs. ATACMS and the “Global Rapid Impact” tools: is the game worth the candle? The importance of air defense aviation 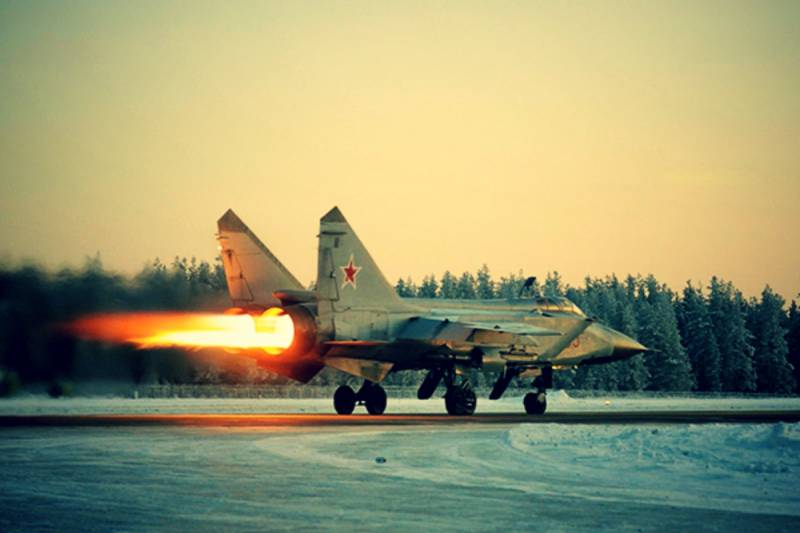 A huge amount of controversy and reflection regarding the development and future application in practice of the American concept of “Fast Global Impact” can be found on the Russian expanses of the global network and on Russian-language foreign military analytical resources. It is not a secret that the numerous tactical moments of the BSU implementation against the main military-industrial objects of Russia and the People’s Republic of China are already regularly refined to perfection through special computerized training terminals linked into a single tactical network, as well as directly at the training center. software loaded into tactical fighters sms, strategic bomber-rocket-carrying bombers, multipurpose and strategic nuclear submarines cruisers, as well as surface warfare ships of URO (EM class "Arleigh Burke" and RR "Ticonderoga").

In inveterate patriotic circles, it is customary to assert that a large number of C-400 Triumph C-300 anti-aircraft missile regiments (GRP) as well as C-4B300 C-1В300 airplanes used in the Air Defense Forces will reduce the likelihood breakthrough "of our aerospace almost to zero. The emphasis is also placed on the already-in-service VKS and ST C-2PS / PMXNUMX and C-XNUMXВ, which retained decent antimissile capabilities in the 21st century. This is partly true, because in the key air routes and in the areas of the main interdiction and access restriction areas and the AXNUMX / AD maneuver (Kaliningrad, St. Petersburg, Moscow and Minsk), the density of deployed anti-aircraft missile regiments and brigades reaches maximum values ​​(separation of divisions on the ground minimum).

For example, the C-300PS / PM1 and C-400 2 air defense divisions, which are responsible for covering the aerospace sector of the A2 / AD zone of the Leningrad Region, are deployed in nearby settlements of Gostilitsy (500-CGR , 4 C-300PM1 complex), Zelenogorsk (1488 fPs, several ZRDN C-400), Vaganovo (1489 fPV, 2 of C-300PS division) and Ulyanovka (1490-FPV, 4 ZNPX, ZNPX). All these villages, towns and cities are located at a distance of no more than 300 - 50 km from each other, which ideally fits into the range characteristics of the low-altitude targets intercepted using the "Three Hundreds" and "Four Hundreds" targets (75 - 30 km depending on the height of the target): everything is done taking into account the radio horizon and the technical capabilities of the 38H30Е / 6Н92Е radar. In simpler language: the SPR data overlaps all low-altitude sites over the Gulf of Finland, Leningrad and the region, and does not allow cruise missiles such as JASSM-ER or Tomahawk or NSM to “break through” without hindrance. At the same time, some areas at the same time overlap not one or two, but immediately three anti-aircraft missile regiments. Almost every S-6 / 300 SFD has additional self-propelled short-range anti-aircraft defense systems (Tor-M400, Armor-С2) to protect the 1-2-kilometer “dead zone” from high-precision elements that managed to break through weapons the adversary.

At the same time, the western air direction is simply an enormous spatial sector and is not built on the Kaliningrad and Leningrad zones alone “A2 / AD”. Consequently, there are other, much less protected areas of our sky in areas where there are no vital military facilities, as well as the energy and industrial centers of the state. Here, the saturation of anti-aircraft defense means is practically reduced to a minimum, and therefore there is a large number of low-altitude airspace sections that are not viewed by ground-based radar. Thus, a significantly weakened lower airspace sector is observed over the southern part of the Leningrad Region and the northern part of the Pskov Region (in the area of ​​the Klinki and Belaya Gorka settlements). The 1544 th FRA, which is also part of the 2 th division of the air defense system of the 6 th army of the VKS, located in the village of Vladimir camp (Pskov region) is more responsible for this direction. Despite the regiment's available anti-aircraft missile divisions Buk-М1 and С-300В, the radio horizon in 25 - 30 km does not allow to “view” and “serve” the low-altitude section over the northern part of the region, the range to which reaches 45 and more kilometers The C-100 anti-aircraft missile regiments located in Gostilitsy and Ulyanovka, which are located in 143 - 300 km, are not capable of this.

While there is a significant air “gap” in the above section, only 100 kilometers to the west are the territory of the nearest bridgehead of the combined NATO forces in the Baltic States - Estonia, whose airspace can be used to launch WTO subsonic, supersonic and hypersonic elements, leaving our ZRDN minimum time for the transfer to the area of ​​the estimated trajectory of enemy EIA. Obviously, using RC-135W / V “Rivet Joint” airborne reconnaissance aircraft equipped with direction finding and analysis of the frequency parameters of 55000 AEELS radar sources (in the case of the worst scenario of conflict development in the European theater), the NATO command and control unit can clearly “feel” the best places successful massive "breakthrough" of the western air borders of Russia, and to nullify such a blow, to put it mildly, will not be easy. Given that the low-profile AGM-158B tactical long-range missiles are capable of reaching the Volga region and Nizhny Novgorod, the consequences of such an MIA can be extremely painful. It’s good if in the depths of the European part of Russia there is enough air defense and electronic warfare equipment to gradually intercept all these missiles, as well as to disable their GPS navigation modules and the correlation subsystems TERCOM (the latter’s operating principle is vulnerable to electronic warfare, as it involves the use of a radio altimeter) ... And if their number or concentration along the flight paths of the Tomahawks and JASSM-ER is insufficient? Operational and strategic situation can prepare a lot of unpleasant surprises.

There are only two ways to "solve" such an unpleasant situation:

- an early introduction to the unit of fire anti-aircraft missile systems S-400 «Triumph" air defense missiles long range 9M96D with active radar homing (will provide an opportunity to hit air targets beyond the radio horizon, but only for target designation from third-party radars, including other terrestrial radars XRDN planes and tactical fighters), as well as the acceleration of the adoption rate of the SV and VKS complexes with an extra-large range of C-300B4, equipped with the latest missiles with ARG H 9М82МВ, capable of targeting to hit both remote flying targets on 150 - 200 km and near-space targets (it is possible that the implementation of the above described qualities will require that the 9М96Д and 9М82M interceptor missiles be supplied with chrommets and not received by the United States. American missiles RIM-174 ERAM / SM-6);

- active use aviation Air defense, in particular, of the upgraded MiG-31BM long-range interceptors, which are capable of detecting targets with an effective reflective surface of 0,05 m2 at a distance of 90 to 110 km and begin intercepting with R-33S / 37 air-to-air missiles with using our own on-board radar system Zaslon-AM, or according to external target designation from more powerful airborne radars Shmel-M of the A-50U radar monitoring aircraft; for the Foxhounds, which are on combat duty at an altitude of 14000-17000 m, the phenomenon of limited radio horizon is absolutely alien (the radio horizon for low-altitude cruise missiles reaches 560 km and covers the instrumental range of Zaslon-AM radar).

Meanwhile, the capabilities of MiG-31B / BM for the destruction of low-flying enemy cruise missiles of various classes (including ultra-subtle) have long been a proven advantage of Foxhound in numerous field tests close to the actual combat situation in the air section of the theater of operations. The groundwork in this area of ​​modernization of the 2,8-flywheel interceptor is almost exhausted. A more interesting, non-resounding moment is the ability of the BM to destroy high-speed ballistic objects (missiles, as well as their combat equipment) in different parts of the flight trajectory. The presence of such abilities is still in the first modernized modification of Foxhound with the index “Item 05” (MiG-31М “Foxhound-B / Improved Foxhound”) reports the western information and analytical reference resource toad-design.com, dedicated to jet planes of the MiG family ". So, in the publication “Zaslon Radar”, it was stated that the Zaslon-M radar installed under the increased X-ray radome in 1,4 m radar combined with the P-37 air combat missiles intercepted MGM-31C “Pershing-2” missiles, having a range of 1800 km.

Note that this ability is indicated for the first advanced version of the “Barrier” (“Barrier-M”), managed by the outdated on-board computer “Argon-15А” with a frequency of about 500 thousand op / s and the amount of RAM / ROM 4 and 64 KB, respectively . This was quite enough for accurate and verified target designation on the Pershing-2 warhead, slowing down to 3,5-4,5М on the descending branch of the trajectory (at the height of 25 - 30 km). On the latest MiG-31BM installed no less sophisticated radar "Barrier-AM". Although it loses to “Barrier-M” in the number of accompanied targets in 2, its energy capabilities exceed those of the first version by 60% (for the target with 1 and 2 EPR - 246 and 154 km, respectively). Zaslonon-AM is controlled by a more modern and hundreds of times more high-performance BCG “Baguette-55” with a frequency of about 300 MHz (about 160 million of so-called “butterflies”). 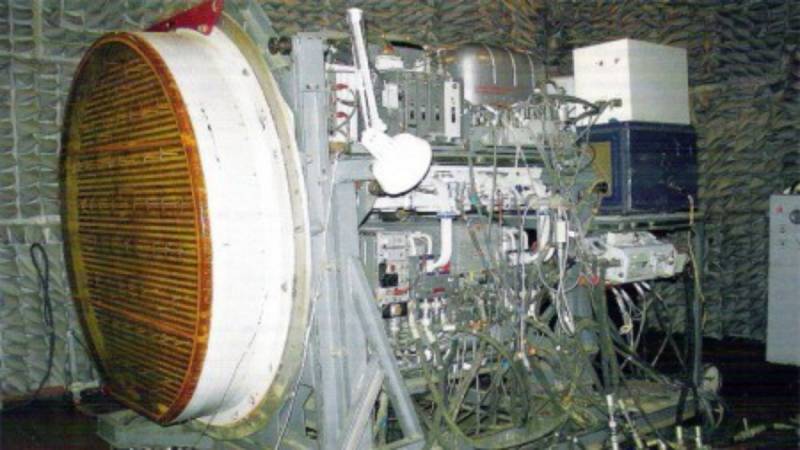 This is enough to “capture” and destroy even more high-speed hypersonic targets with flight speed in 1770 m / s (6M): the list will include the advanced Lokhidovka reconnaissance-strike aircraft SR-72 with its hypersonic combat “equipment”, and aircraft built on the basis of a prototype of the 5,5-winged cruise missile X-51 "Waverider", and, of course, all existing and future versions of the operational-tactical ballistic missile MGM-164B ATACMS Block IIA. The combat qualities of the MiG-31BM interceptor are still at the highest level. The enemy’s short-range and medium-range ballistic missiles can be engaged at any time at the most difficult section of the theater, where all the target channels of Bukov, Triumphs and Anteyev “will be driven” by enemy cruise and anti-radar missiles, as well as aerodynamic targets; here is the main role for the long-range and high-altitude interceptors of the MiG-31BM.

All that has been described above is directly related exclusively to low-maneuverable hypersonic cruise and ballistic missiles, which are not difficult to intercept for the P-33C and P-37 missiles, and you should not forget that new models of hypersonic weapons, including compact warheads OTBR / MRBD (also planned for use in the “Fast Global Impact”) will have a fully-fledged gas-dynamic control system on the terminal portion of the trajectory, as well as embedded electronic warfare systems built data on the promising even more miniature element base. To combat such goals, without any reflection on expediency, it will be necessary to develop an interceptor missile of a completely different “grade” than the P-37. A new anti-missile should get a more robust body that can withstand "jerk" maneuvers with 60 overload - 80 units, an annular module from several "belts" of pulsed gas-dynamic engines for transverse control during the implementation of kinetic destruction of enemy maneuvering BR, as well as active radar homing on the base AFAR for better noise immunity from PCB missile defense, used by the enemy’s high-precision weapons.

It is possible that exactly these moments of the general director of the Research Institute of Nuclear Research, Yu. Bely, meant when he focused on the continuing modernization potential of the MiG-31BM in the January interview for TASS. It is noteworthy that an advanced interceptor missile could be unified with such machines as the MiG-35, Su-35C and Su-57 (T-50), also with radars and optical-electronic sight devices capable of tracking hypersonic objects and providing coordinates to the means their defeats. The treacherous aerospace theater of military operations of the new century, stuffed with “smart” weapons, makes a little significant hint that the perfection of ground-based missile defense systems alone is barely enough.

Ctrl Enter
Noticed a mistake Highlight text and press. Ctrl + Enter
We are
An-12 in AfghanistanMiG-23 fighters in Afghanistan
42 comments
Information
Dear reader, to leave comments on the publication, you must to register.