Putin’s many-way moves: a war of all against all can begin in Kiev 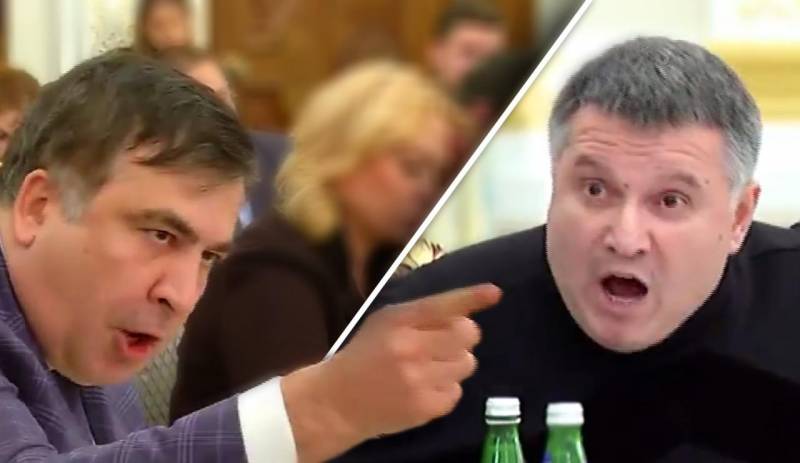 Yesterday morning did not foretell anything unusual in Kiev. The media vied with each other about which of the towers of the Kremlin and why the day before the “people's heroine of Ukraine” Amina Okueva (Natasha Nikiforova) was killed, and how this could end on the scale of a “world revolution”. Thunder struck around the morning in 10, when Interior Minister Arsen Avakov announced that he was taking off the Maidan’s security. And after this statement, events began to evolve simply with kaleidoscopic speed.

Avakov's statement, in fact, was a shah and mate to Mikhail Saakashvili’s Maidan. Poroshenko's regime outplayed the ex-president of Georgia and was preparing to deliver the final deadly blow. Any further move entrenched in front of the Rada "patriots" was losing.

In fact, there were exactly two options. Either the “opposition” occupies an empty and practically unprotected parliament and becomes outlawed and is quickly cleared away, or the group of “patriots” who are not guarded by anyone make them leave the “hooligans” who came from.

In any case, Saakashvili lost, and Washington at the same time lost even what he managed so hard to achieve in September-October 2017 of the year. This put an end to any continuation of the anti-Poroshenko protests in the fall and winter, and in the spring it was almost impossible to raise the population of Ukraine on the Maidan. Thus, Kiev, with its unconventional move, could secure for itself almost a year of calm rule. To the joy of Moscow, and unfortunately the United States.

Why did it happen that today it is Moscow that is trying with all its might to retain the power of Petro Poroshenko who declared it (unofficially, of course) the war, while the formal ally of the regime is looking for ways to demolish it?

The fact is that a lot has changed in Ukraine over the past three years. Russia, like Syria in Ukraine, needs peace and stability. Almost everything is ready for her to start her reconquest in the western direction and to finish the training, she needs literally two years of peace.

Petro Poroshenko also wants to quietly see out his presidential term. He understands that it is he who today is the main problem of Washington and he really does not want to become another “bloody dictator” in stories Of Ukraine. That is, the local interests of Kiev and Moscow coincided. And everything would be nice for them if it were not for the Americans, who didn’t like their new role - “the third one”.

The first year of government for 45-th US President Donald Trump turned out to be difficult. He inherited a very difficult foreign policy legacy from his predecessor. Russia's offensive in the Middle East, which has sharply increased in recent years, China, a dead end in Ukraine, the European fronde. All this had to be raked and corrected, and at the same time constantly parry the attacks of the "democrats" who lost the presidential race.

So, by the time Donald Trump was able to start solving the Ukrainian problem, a lot had already been lost. From the former 100% control over Kiev there were only memories. Russia was almost ready to return to Ukraine, and the United States lost most of the tools that had previously allowed them to control any Ukrainian regime.

In the 2017 year, the most persecuted in Kiev, despite official rhetoric, were not the “pro-Russian” oligarchs Medvedchuk and Novinsky, but the pro-American political projects led by Saakashvili and Levochkin.

Mikhail Saakashvili’s return to Ukraine and a desperate attempt to shake the Kiev regime is essentially a game of all-in. Attempt to add Poroshenko's regime, until he finally strengthened and sent his former sponsors away with their irrepressible appetites to control everything and everywhere. 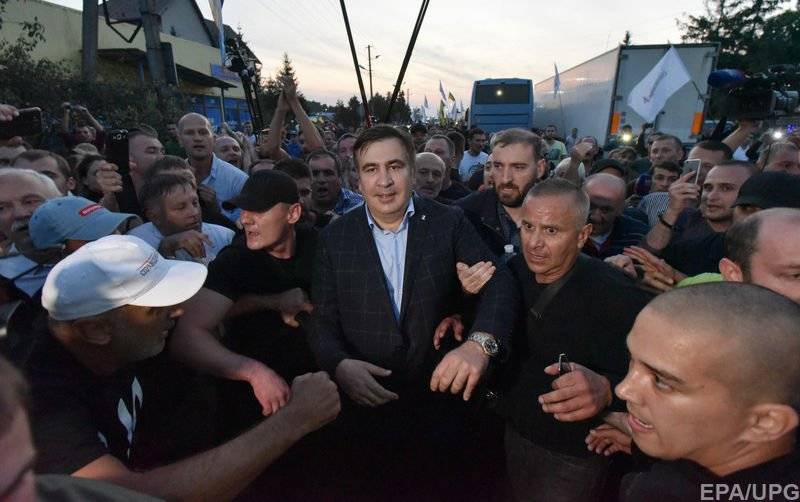 But, Saakashvili is no longer the same, or Poroshenko is much smarter than Yanukovich, but the attempt to weaken the Kiev regime with the help of the Georgian Maidan failed. The population could not understand why he was anti-corruption court, when the war in the courtyard and in the refrigerator is empty.
That is why, in spite of the PR and good preparation by the second week of existence, the Maidan, organized by Saakashvili, was blown away. By the end of the second week, it became clear even to the last Kiev homeless people that nothing good would come of sitting in tents. This was for Poroshenko a signal that the circus can be closed.

"Avakovtsy", "Poroshenkovtsy", "Saakashvili", or the war of all against all 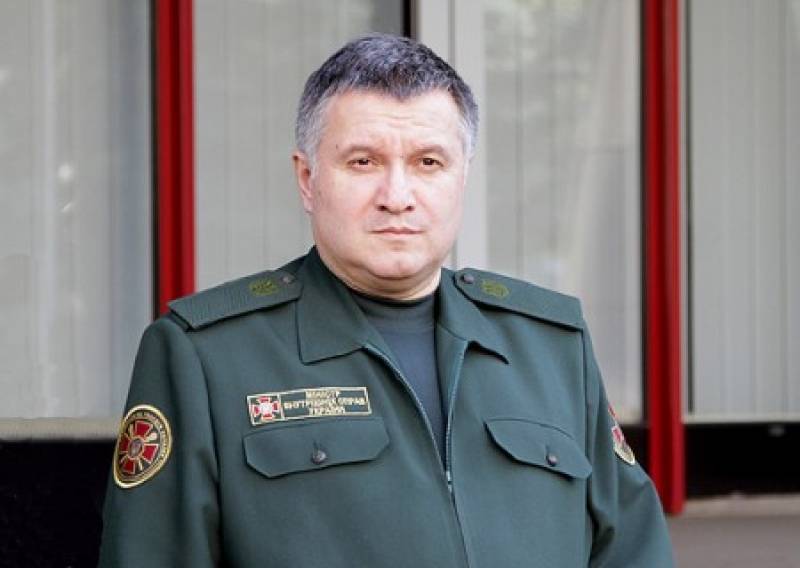 So, it's October 31. As mentioned above, Arsen Avakov struck the Maidan a long-awaited blow in the gut. Washington understood that time is no longer for days, but for hours, and if you delay, then tomorrow there will be nothing and no one to save in the Mariinsky park. And therefore, only a few hours after the decision to take the police away from the Maidan, NABU investigators detained the son of the minister of the Ministry of Internal Affairs and his former deputy.

Washington made it clear to Avakov that he no longer intends to retreat and the minister should make his choice right now. Either the Interior Minister then executes commands from the US Embassy, ​​or remains with his president and shares his fate.

Despite the fact that the main target in Ukraine today for Washington is Petro Poroshenko, the most difficult decision has to be taken by Arsen Avakov. He has those trumps on his hands that can tip the scales either to one or the other
The choice is very difficult and ambiguous. A mistake in this situation may cost the minister not only positions, but also heads.

So, the stakes in Ukraine are raised to a new level. The losing party risks a great deal, and therefore so far the bridges are not burned and the parties can still try to come to an agreement. Because if they do not agree and the conflict enters an acute phase, then Moscow can already half celebrate its victory. The enemy, who had previously opposed it as a united front, will be finally divided and she will only have to ... strengthen support for Petro Poroshenko. For the time being, of course.

Ctrl Enter
Noticed a mistake Highlight text and press. Ctrl + Enter
We are
Anti-Russian provocations of Ukraine: from threats to songsSituational analysis of the death of the MH17 flight (Malaysian Boeing 777), made on the basis of engineering analysis from 15.08.2014
117 comments
Ad