November 2 2017
162
Actually, the term "Holocaust" is not new to anyone. You can even say that it is commonplace, understandable and accepted by all normal people, as a fact. The systematic extermination of the Jews of the whole of Europe by the German fascists does not require any evidence and was a crime of an international character. 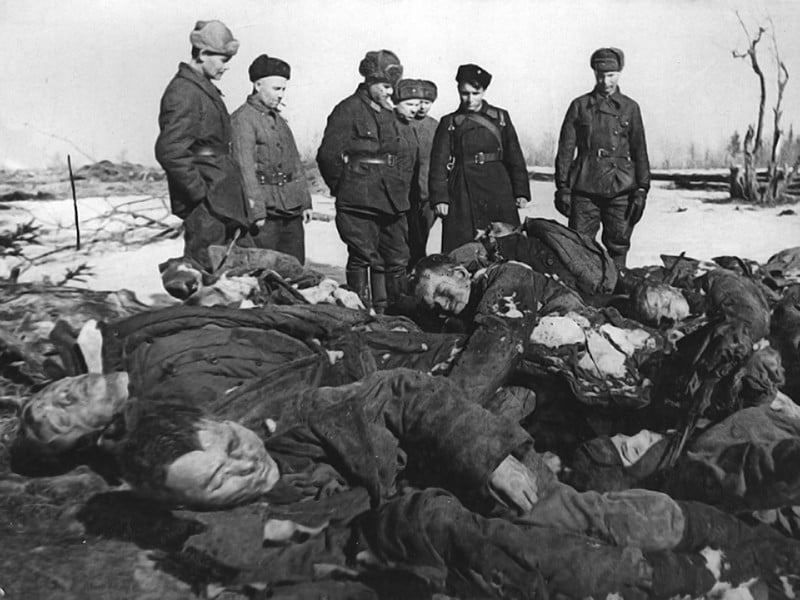 And the Germans do not deny it. It would be difficult. But it turns out that there are some nuances in this matter.

I will begin with the definition in Wikipedia, as with a publication that cannot be reproached with anti-Semitism in any way.

In the narrow sense - the persecution and massacre of Jews living in Germany, in the territory of its allies and in the territories they occupied during the Second World War; systematic persecution and extermination of European Jews by Nazi Germany and collaborators throughout 1933 — 1945. Along with the genocide of Armenians in the Ottoman Empire is one of the most famous examples of genocide in the XX century.

And also from there:

In modern English with a capital letter (Holocaust), the word is used in the meaning of the extermination of the Jews by the Nazis, and with the lower case (holocaust) in other cases.

That is, with a capital letter, the Holocaust is written in the narrow sense when it comes to Jews. With a small letter - when in the broad, which includes all the rest.

It seemed to me very strange.

Yes, today for the main number of ordinary people, “the Holocaust is when Jews were exterminated.” And, to be honest, the Jews themselves vigorously publicize this term, in effect monopolizing it.

Meanwhile, there is something to ponder.

For example, that from 5,7 millions of Red Army soldiers trapped in German captivity, 3,3 million died.

In principle, every German soldier knew that an enemy who surrendered voluntarily could not be killed. However, they killed. Filtering out the same Jews, political workers and commanders. And they did this not on their own, and in the Wehrmacht and in the SS they had a number of orders from the Supreme Command (OKV) and the top of the SS, which were clearly spelled out "new methods of warfare".

And new methods prescribed not only to defeat the Jewish-communist enemies, but also to destroy them.

That there is only one “commissar order” from 6 June 1941, signed by Warlimont and Brauchitsch (additions).

“... These commissioners are not recognized as soldiers; they are not covered by international legal protection for prisoners of war. After the sorting, they must be destroyed. ”

What is there about Stalin, the “truth-seekers” say about non-compliance with the Hague Convention?

And the brave Wehrmacht officers, though muttered in his memoirs (as, for example, Manstein), but - were shot. Proved at the Nuremberg Tribunal in respect of parts of the same Manstein.

What other conventions are there ...

No, the Wehrmacht remembered these conventions. The first of the ten rules of warfare by German soldiers recorded on each military ID card read as follows:

“A German soldier nobly fights for the victory of his people. Cruelty and senseless destruction are unworthy of him. "

It is clear that the Soviet, who were either communists or Jews, and often those, and others, it did not concern.

Yes, Hitler really wanted to make the Wehrmacht his political tool. And he did it perfectly. 30 March 1941, Hitler delivered a speech at the general meeting in his Reich Chancellery.

The meeting was attended by more 200 generals who, in fact, were to command the forces of the Eastern Front during Operation Barbarossa. Moreover, it was not some specially selected, ideologically literate and super-reliable management team, but the most ordinary generals of the Wehrmacht. The core of the German army.

And what, gentlemen generals did not understand that Hitler demanded from them to wage war with methods contrary to the generally accepted norms of warfare? Of course, understood. But no one wanted to seek adventure on his footing, because they condemned behind the scenes, and went to war.

And here are the consequences: from 5,7 millions of soldiers of the Red Army who fell into German captivity, killed 3,3 million, which is 57,5% of their total number. Many of them were shot, but most died in numerous prison camps.

In winter 1941-1942 alone, the number of Red Army soldiers killed was about two million. In fact, it can be said that a soldier who fell into the hands of the Wehrmacht in 1941 had almost no chance of surviving.

Holocaust? Holocaust. Or at least a holocaust. Lower case.

But for some reason the first figure of losses does not attract such attention, unlike the second.

The fact that the Jews put the case in this way and made the Holocaust common to the Holocaust for their people - this does them honor, by the way. And there is something to learn, it is necessary to recognize it.

But why did everything turn out differently? Neither in the Soviet Union, nor in the pile of independent states after the collapse, nor in Germany, for some reason, did anyone dare to draw attention to crimes against soldiers of the Red Army.

Complete failure in memory? Why?

Largely because after the war, many facts were not published. First of all, it was silenced that the death of such a huge number of Red Army soldiers was originally planned by the Nazi leadership during the preparation of the attack on the USSR. And faithfully executed not only by the executioners from the SS, but also by “honest” representatives of the Wehrmacht.

Of course, the beginning of the “cold war” also played its role. The communists have not gone away, just allies have become enemies, and therefore, why pity them? I am sure that many archives that have fallen to the Allies are either destroyed, or are still lying quietly somewhere.

Many today are talking about some kind of "compensation effect." I agree that a large number of German soldiers also fell into Soviet captivity, and many of them died there. But the numbers are completely incomparable!

Of the 3,5 millions of German and allied prisoners of war, a little more than half a million were killed in captivity. That is, 14,9%. These are official numbers. And how can we compare them with 57,5% of our losses? No

Yes, more than seven decades have passed. However, today it is not too late to raise this issue. The question of the correct Holocaust. This is a memory. It is an honor.

The correct term Holocaust is one with a capital letter that implies everyone: Jews, Poles, Gypsies and the Red Army fighters: Russians, Ukrainians, Belarusians, Jews, Moldovans, Tatars, Kazakhs, Uzbeks, Armenians, Azeris, Georgians, Bashkirs, everyone who fought under the red banner.

This is the right understanding. Everything else — usurpation to please one nation, is not very correct. Nevertheless, the Holocaust against the Jews takes place to be recognized by the world community. Is it worth writing with a capital letter? I do not know.

I know that we will have enough opinions from both sides. But before expressing them, I ask you to simply think about one thing: a Pole from Warsaw, a Jew from Dresden, a Russian from Yaroslavl, breathed the same air and all had blood scarlet.

Ctrl Enter
Noticed a mistake Highlight text and press. Ctrl + Enter
We are
Eurointegration on the bonesGerman invaders and Soviet Jews
162 comments
Information
Dear reader, to leave comments on the publication, you must to register.