"Citizen", above the head 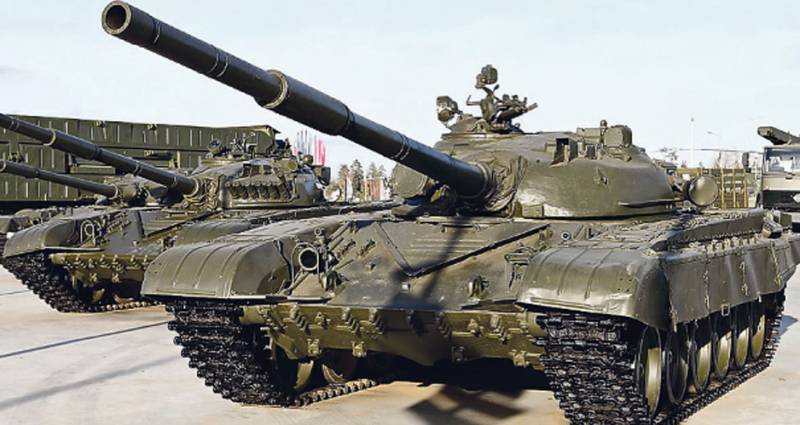 Equipment options developed tanks recent modifications with additional protection systems, which should increase their effectiveness in urban combat. However, two main issues have not been resolved - the need for a significant increase in visibility and the possibility of using a tank gun for targets located on the upper floors.

Therefore, instead of upgrading existing tanks, it would be more efficient to develop a special combat module with a gun, which has a low initial velocity of the projectile and ammunition of increased power for the destruction of all sorts of durable structures. Plus, of course, all kinds of active and passive protection systems. And this module should be placed on simple carriers in order to reduce the cost of the whole complex.

The idea is not new. The experience of the war in urban environments - the Berlin operation 1945 of the year, the storming of Grozny, the recent battles in Syria - showed the high vulnerability of tanks to the numerous threats inherent in this specific type of fighting. This is mainly shelling from various nearby shelters: from windows and from roofs of houses, from basements, sewer manholes, ruins of buildings, etc., which makes it possible to secretly use anti-tank weapons in all projections of the vehicle, including from above. Existing projects propose using T-72, T-80, T-90 standing on armament as a basis for creating a “city” tank by equipping them with additional means of passive and active protection with a bulldozer, smoke screen systems. However, such an upgrade, although it increases the security of the tank, does not eliminate its main drawbacks - poor visibility and the inability to use the gun on the upper floors of buildings and structures due to small angles of vertical guidance, from minus 6 to plus 14 degrees.

Therefore, the most promising direction for the creation of a tank for use in the built-up area is the development of a combat module installed instead of a tower of samples stored in storage. An analogue is the development of the KV-2 based on the KV-1 based on the results of the analysis of military operations in the Finnish campaign. The main purpose of the KV-2 - a breakthrough of powerful defensive fortifications such as the Mannerheim Line.

The proposed module can be equipped with a powerful large-caliber 2C9 “Nona S” type gun (120 mm) with high-explosive, concrete-breaking and thermo-barometric ammunition. Plus, it is necessary to complete the observation devices, expanding the review of the crew. The base for such a tank should be as cheap as possible given the fact that the main buyers of such machines are not very rich countries, and the additional means of protection plus a combat module cost a lot of money. It is advisable to use the T-55, T-62, and T-64 series tanks that are in storage.

The Russian army is hardly interested in a significant number of armored "citizens". Therefore, it is necessary to prepare several copies of this equipment with different equipment options and conduct their tests in real combat conditions in Syria, and then decide on the best protection and armament.

Ctrl Enter
Noticed a mistake Highlight text and press. Ctrl + Enter
We are
About revolution in military scienceMilitary reform as an integral part of the security concept of the Russian Federation: Systematic dynamic assessment
40 comments
Information
Dear reader, to leave comments on the publication, you must to register.