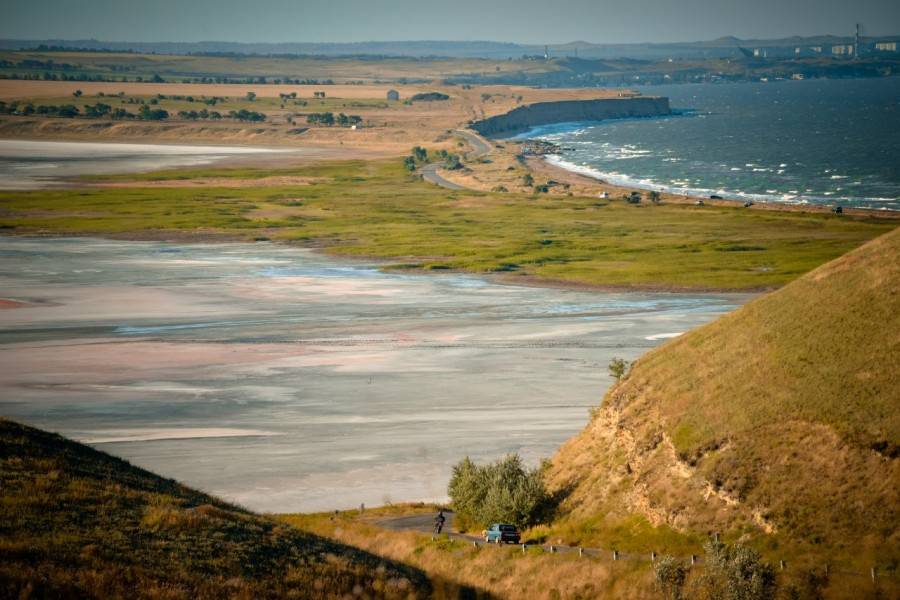 In the village of Chelyadinovo, Leninsky district of the Republic of Crimea, 100 residential buildings are not connected to the water supply system. This village is located near Kerch, its population is 800 people and has 357 yards.

In 2013, the Ukrainian oligarch Dmitry Firtash was sold the Bagerovsky airfield. Then, for the needs of the village’s water supply, 4,5 million hryvnias were allocated from the sale of the object, but what these funds were spent on is not known until now. In the same year, at the initiative of the former head of the Leninsky district, Valery Stepanov, and the village head, Tatyana Minikh, the cooperative Dream of Chelyadinovtsi was organized, which was supposed to provide a fast and efficient supply of drinking water to the village.

Initially, the cooperative included 80 people and passed a membership fee of five thousand hryvnias, subsequently the cost of contributions increased significantly and in two years increased to 28,5 thousand rubles. In 2015, the association of shareholders was transformed into Rodnik.

After the transition of the Crimea to Russia, the problems of water supply in the Leninsky district remained unresolved. Most of the representatives of the former Ukrainian authorities in the Crimea moved to the ruling party of Russia, changed the colors of flags and portraits of the country's leaders, without changing their attitude to the public service. Residents of Chelyadino, as before, are forced to store water in reservoirs and pay for expensive water delivery services to their homes.

According to the sources of the Anti-Corruption Bureau of the Republic of Crimea (AKB RK), for three and a half years the local authorities organized the drainage settlement on a commercial basis and secured a certain income.

According to local residents, village authorities are putting pressure on fellow villagers and forcing them to join the co-operative community. To date, a third of the settlement is not provided with water.

According to the operational data of JSCB RK, the technological regulations were violated during construction works. In particular, the builders did not complete the device of the sand pillow in the trenches and laid pipes of poor quality. Therefore, repeated impulses in the water supply system have become commonplace, and for three years the constructed water supply system together with expensive pumps are rendered unusable.

At the same time, the federal authorities constantly allocate funds for the development of the infrastructure of the peninsula and for the construction of water lines in particular. In 2015, at the expense of budget funds, water supply systems were looped in, the networks are on the balance of the village council and have not yet been put into operation.

Outraged residents repeatedly appealed to regional and district authorities, but in addition to formal formal replies they received nothing in return. The accumulated unresolved problems and inaction of local authorities prompted the initiative group to turn to the leadership of the country.

According to the response of the Deputy Minister of Housing and Public Utilities of Crimea, since January 2015, the budget has allocated 16 million rubles from the budget for building street distribution networks, while payment of the real cost of the work was assigned to the shareholders of the KP Rodnik. This was reported by the district leaders to the initiators of the inspections. Apparently, for some representatives of the Crimean authorities corruption, negligence and abuse of official position is becoming commonplace.

At the same time, the prosecutor's office of the Leninsky district of the Republic of Kazakhstan revealed violations in the area of ​​procurement of goods for the work on the water supply ringing. Upon the inactivity of the village administration regarding the collection of fines and penalties from MUP Lenvodokanal for failure to fulfill contractual obligations, the supervisory authority made a submission. In addition, the OMVD of Russia in the Leninsky district conducts an investigation investigation into the possible embezzlement of budget funds during the overhaul of water supply networks.

According to the staff of the district prosecutor's office, it is possible to solve the problems of water supply of the village by transferring the property of MUE Lenvodokanal to the balance of the State Unitary Enterprise RK Water Crimea. At the same time, after putting the ring engineering networks into operation, citizens will be able to conclude contracts with the water supplying organization and realize their legitimate right to receive water from the state.

Recall previously previously reported violations in the financial and economic activities of Lenvodokanal and about stealing equipment from a sewage treatment plant. On this fact, requests were sent to the federal authorities for the presence of a corruption component in the activities of the district leaders and the Leningrad Channel municipal unitary enterprise.

We continue to monitor developments, and we will inform the audience about the results of the investigation.

Mikhail Menshikov, head of the press service of the Kerch RO AKB RK together with Vladimir Mochalov, representing the information and analytical program "Our Objective". 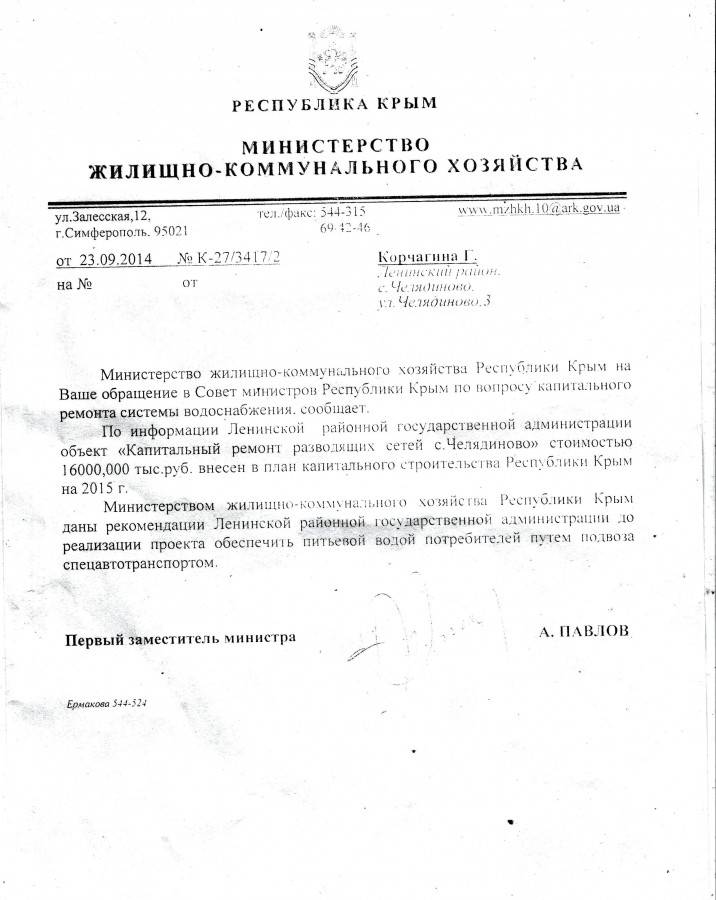 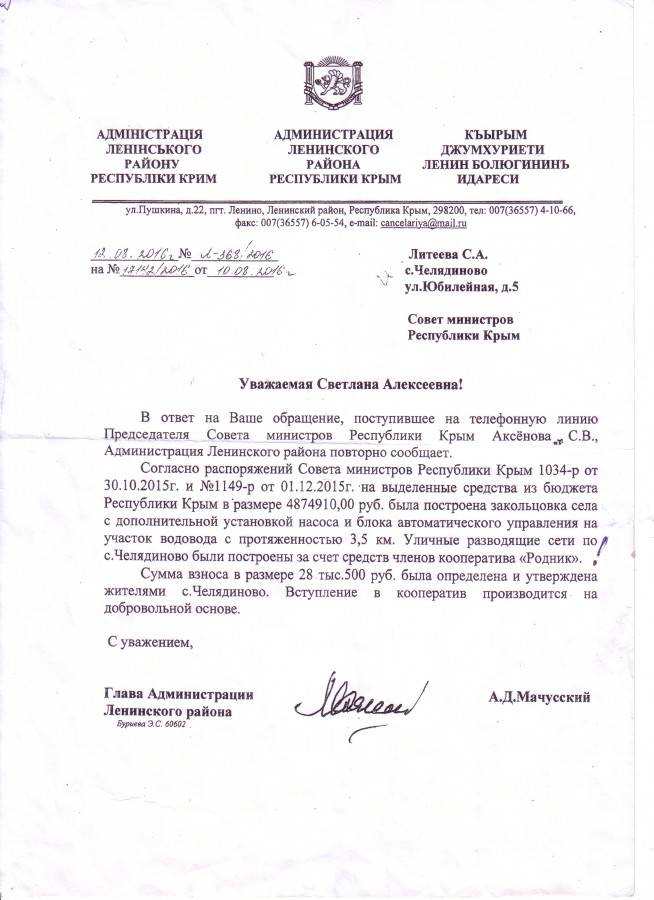 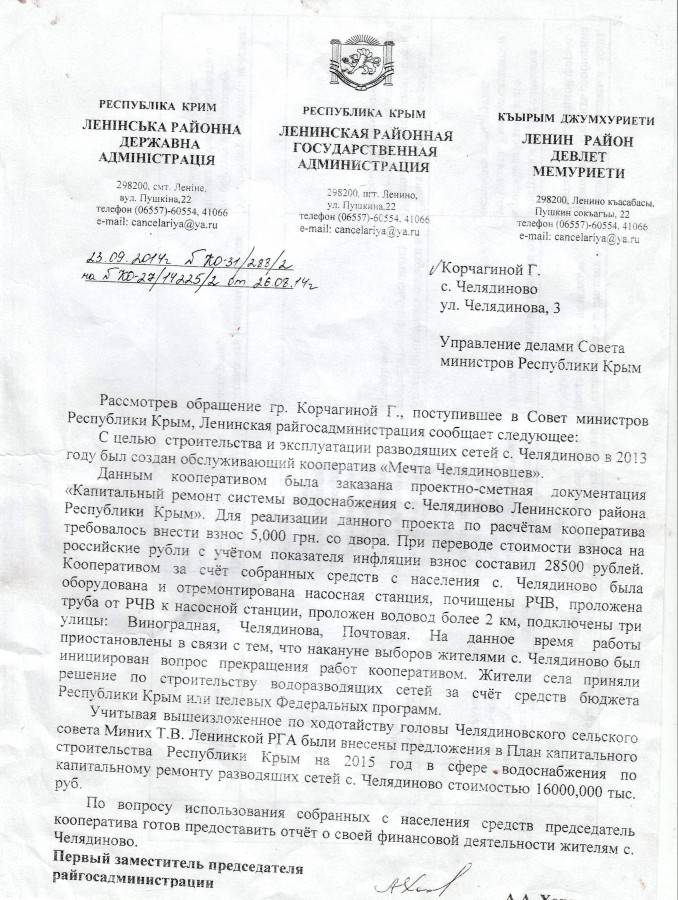 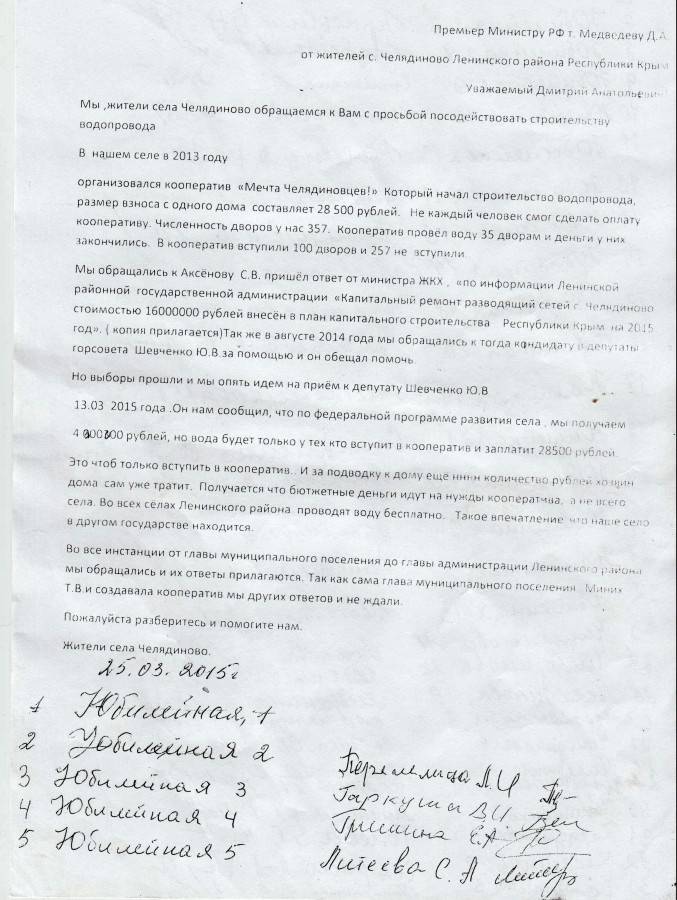 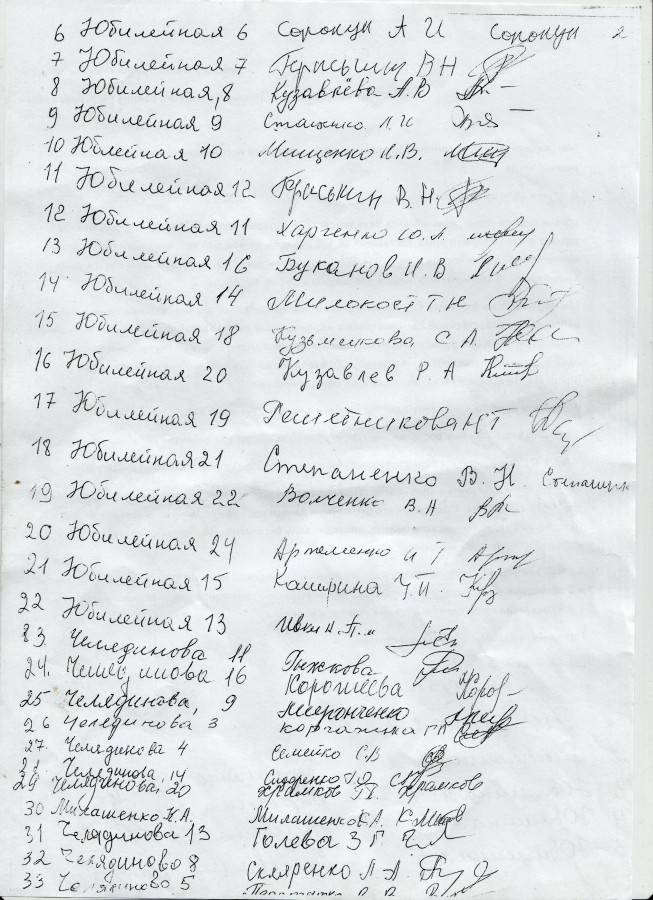 Problems of water supply of the steppe Crimea, as a way of enriching local elites

Ctrl Enter
Noticed oshЫbku Highlight text and press. Ctrl + Enter
We are
What you didn't want to know about EnglandList of destroyed the largest and most high-tech enterprises
15 comments
Information
Dear reader, to leave comments on the publication, you must to register.