From Syria - With Profit 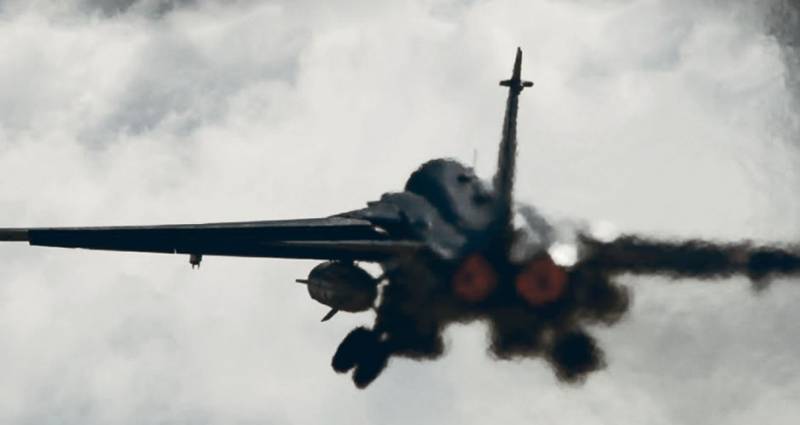 The Russian operation in Syria is not yet complete, but at the moment in terms of the ratio of the forces involved, the losses incurred and the results achieved, it is one of the most successful history domestic armed forces from a purely military point of view and one of the most fair from a political point of view.

However, in Russia a certain part of society, these successes are extremely unpleasant. Unable to find fault with the military component of the operation, these people tirelessly consider the money spent on it. In particular, not so long ago, “a money for Syria” was considered by one very old political party that had long since dropped out of the State Duma. Having received a sum of almost 200 billion rubles, she called on the Russian military to immediately "return home." Prior to this, the cost of a campaign to the shores of Syria of an aircraft carrier unit led by Admiral Kuznetsov was considered by one domestic television channel of the same political direction as the party that dropped out of the State Duma.

To find fault with specific numbers in this case does not make the slightest sense. Perhaps, from a purely accounting point of view, they are calculated correctly. In this case, the stupidity and immorality of the question itself is impressive.

For example, the cost of spent aviation and ship fuel is meticulously calculated. Yes, it is wasted a lot. But the fact is that if the ships are rotting at the wall, and the planes on the airfields and in the hangars - this is the real criminal squandering of folk remedies. If ships and airplanes are involved in combat training, this means that taxpayers' money is spent wisely. They spend even more correctly if the Armed Forces wage the necessary war on the country, and moreover successfully. Moreover, the best maneuvers will never replace even a very limited armed conflict. A significant part of the flight personnel of the Russian Air Force has already passed through Syria, having gained experience that is not achieved by any exercises. That is, in fact, there is the most effective use of funds allocated to combat training.

The same with the price of consumed ammunition, including various missiles (up to X-101 and “Caliber”). If they spent the entire time in the warehouse and then went for recycling, it was in this case that the money was essentially spent in vain. If the ammunition was used during the exercise, it is better, but only partly. But production of ammunition really paid off only if it hit the real enemy target. And here there is no “squandering of people's money”, but on the contrary, the most effective way to use it.

To put it mildly, it is surprising when the “squandering of public money” includes the costs of maintaining the personnel of the armed forces of the Russian Federation in Syria (food and pay, including “combat”). This is frankly stupid already simply because the servicemen would also feed in the same way and receive a monetary allowance even if they had not fought, but remained in their homeland in places of permanent deployment. And it is completely immoral if the "defenders of the national wealth" pity the servicemen for their "combat". After all, it was Russian citizens who received extra money, and not from the air, like a lot of people involved in modern business and modern politics, but for real hard work. Moreover, if you look at this situation from the point of view of a market economy (and the aforementioned party and television channel are very actively fighting for it), the military personnel who received additional money are not just our citizens, but also consumers. Who will invest additional money in the Russian economy. By the way, in the price of each “Caliber” and other ammunition, any Su-35С and Ka-52 there is a salary of scientists, engineers and workers, who have developed and created all this. They are also Russian consumers, and under the liberal moaning about our “sitting on the oil needle” they produce the most high-tech products that can only be. In fact, the money that went into the allowances of military personnel and the production of modern weapons (including the salaries of the military-industrial complex workers), is quite realistic for pushing the Russian economy forward and very tangibly reducing social tensions. However, for the “money readers” this is the worst of all. 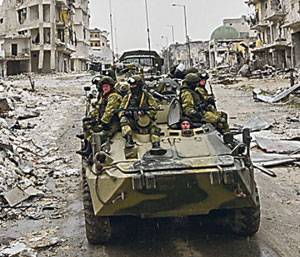 Finally, the most important aspect of the Syrian campaign is who it is against. If the country, on the side of which we are fighting a legitimate government, would come under the control of Sunni radicals (and this is not only the “Islamic Caliphate”, but almost all “fighters against the tyranny of Asad”), it would instantly become unparalleled in modern history source of terrorism, far more dangerous than Afghanistan under the Taliban. For Sunni radicals, external expansion is not just a basis of ideology, but a way of existence. And Russia would become one of the most important goals of this expansion, and immediately. If Moscow didn’t start the Syrian campaign two years ago, we would be fighting on our territory now. In this case, the sacrifices and material costs would be higher than the current costs by several orders of magnitude. That is, in fact, the Syrian campaign brings Russia a high income in the form of prevented damage. And there will be added profit from the export of Russian weapons, which have perfectly manifested themselves in Syria. But these topics for “fighters with squandering” and “returning home” are completely taboo for ideological reasons.

It is necessary to repeat common truths once again: The Armed Forces carry out the most important economic functions. Firstly, they protect the country in general and its national economy in particular against external aggression, the damage from which will be orders of magnitude higher than the savings on military spending. Secondly, the Armed Forces contribute to strengthening the geopolitical position of the country, with which economic positions are necessarily strengthened. No one has yet brought happiness in savings on military spending (at least nothing is known about such examples), and there are a lot of opposing examples. The brightest and freshest is Ukraine, but Europe is not far from it.

The above reasoning is quite elementary, but some number of citizens of the Russian Federation, mostly well-educated, for some reason, do not understand this (apparently, it’s not for nothing that Solzhenitsyn once introduced the term "educator"). And in certain circles of Russian society there are endless talks about the fact that our current military spending is exorbitant and it would be necessary to direct a significant portion of these funds to education and medicine, or even simply to die in various stabilization funds or in foreign “securities”. Such sentiments, in particular, are very strong in the economic block of the government.

It is interesting that a very large proportion of those who now express such a point of view only 10 years ago cursed the authorities for something completely opposite - for the collapse of the army and fleet. And none of them recalled about education and medicine at a time when the costs of both them and the Armed Forces were much lower than now. In this regard, there is a strong suspicion that a significant part of the “fighters” just need to curse the authorities for anything. And the state of the social sphere does not bother them at all, but they don’t really like the fact that Russia has become stronger. Therefore, they will continue to stamp the propaganda cheapness about the "price of Syria."

You just do not pay attention.

Ctrl Enter
Noticed a mistake Highlight text and press. Ctrl + Enter
We are
About Stalin and KhrushchevWhat you didn't want to know about England
131 comment
Information
Dear reader, to leave comments on the publication, you must to register.