Outpost of the Russian world

November 2 2017
21
“Transdniestria is part of the Russian world, and Russia should not lose this outpost,” said Elena Sutormina, chairwoman of the Public Chamber (OP) Commission on the development of public diplomacy and humanitarian cooperation during the round table “Economic and Humanitarian cooperation between Russia and Transnistria: new perspectives and opportunities. ” That, in fact, was the main conclusion of the forum. 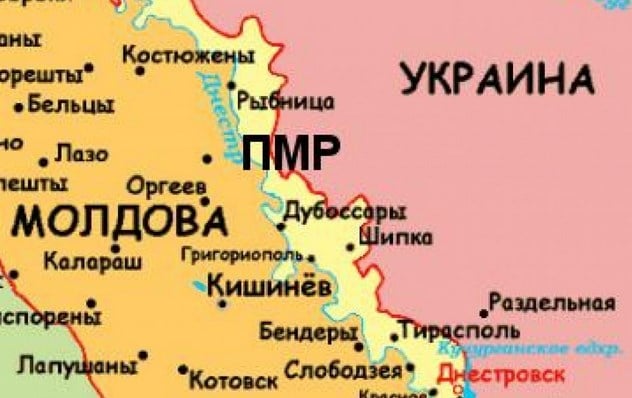 Its participants noted that the customs and economic blockade of the Pridnestrovskaia Moldavskaia Respublika (Pridnestrovie) on the part of Kiev and Chisinau is becoming tougher. And this happens, firstly, at the same time with the growing obstruction of not the pro-Romanian president of Moldova Igor Dodon from not only the parliament and the government, but also from Romania, other EU countries and NATO. For Moldova, we note, it threatens with a civil war, which may spread to the territory of Transnistria. And secondly, the Kishinev revanchists, supported by Romania and the West, are increasingly provoking conflicts on the border with the MRT. Demanding, at the suggestion of the Parliament and the Government of Moldova, the participation of military units of the United States and Romania in the peacekeeping contingent in the region.

In general, this policy pursues three interrelated goals: exacerbating the socio-economic crisis in Transnistria, accelerating the notorious reintegration of Moldova with Romania and forcing Russia out of the region so that NATO countries come instead. Such assessments were made by E. Sutormina, as well as the leadership of the PMR, the president of the Fund historical prospects by Natalia Narochnitskaya, other participants in the round table.

These trends are already having a negative impact on the socio-economic situation in Transnistria. For example, the deficit of the PMR budget reaches 70%, the level of depreciation of fixed assets in the country has already exceeded the critical level. In addition, the diverse products of Transnistria on the recommendations of Bucharest, Kiev and Chisinau are increasingly subject to various restrictions and even bans in different countries, the number of which is increasing.

If these trends continue, Russia will remain the only trading partner of the PMR. By now, the share of the Russian Federation in the foreign trade turnover of Transnistria reaches 85% against 70% at the beginning of 2000's.

For your information: from the middle of 1950-s to the second half of 1980-s, the share of Transnistria in the total GDP of the Moldavian SSR was at least 40%, and in the volume of industrial output it reached almost 70%. But, in the opinion of all the forum participants, today the economy of the PMR is in deep crisis due to these factors. “Our economy is breathing its last, which calls into question the preservation of the statehood of Transnistria,” said Olga Gukalenko, a representative of the Supreme Council of Transnistria in the Russian Federation.

Alexander Shcherba, Chairman of the Supreme Council of the PMR, said: “We are experiencing growing political and economic pressure from outside. Now we are at the stage of a dangerous economic blockade for us, especially because of the installation of Moldovan-Ukrainian posts on our border with Ukraine. As in Transnistria, in essence, a “transit” economy, the republic suffers ever-increasing losses. ” And if in the region “a humanitarian catastrophe happens, it will be a blow for Russia as well. 200 of thousands of Russian citizens and hundreds of thousands of Russian compatriots live in Transnistria. ” Therefore, the Transdniestrian leadership “appeals to Russia as a guarantor in order to gain understanding and support”.

Natalia Narochnitskaya especially emphasized that, “despite all the problems in Transnistria, the republic’s statehood has taken place, and this has to be taken into account by neighboring countries, and in a broader context - to all opponents of the TMR. Russia as the main guarantor of peace in the region, for geopolitical reasons, cannot remain indifferent to the socio-economic situation in Transnistria. ” She also stated that the Foundation of historical perspective, other public organizations will continue to develop humanitarian and cultural interaction with Transnistria. Expressing the hope that the growing problems in the economy and social sphere of Transnistria "will be properly heard and perceived in the federal departments and the government of Russia."

It is worth recalling that one of the main export gas pipelines of the Russian Federation to Romania, Bulgaria, Greece, Macedonia and the Eastern Balkan region of Turkey passes through southeastern Transnistria.

Moreover, this artery crosses the border of the Transdniestrian Moldavian Republic with Ukraine twice. And for this reason, Russia cannot stand aside if the exacerbation of both the military-political situation in the region and the socio-economic situation in Transnistria itself. This was also noted during the forum.

Elena Sutormina said that following the results of the round table, a resolution would be sent to the legislative and executive authorities of Russia with proposals to encourage participants in the Transnistrian settlement process in the 5 + 2 format (that is, the parties to the conflict Moldova and Transdniestria, the guarantors and intermediaries of Russia and Ukraine, the OSCE mediator and observers from the EU and the USA. - A.Ch.) not allow the use of methods of blackmail, pressure and restrictions to Transnistria. ” The resolution, according to E. Sutormina, also reflects the issue of financial and humanitarian support for Transnistria.

Although one can hardly expect that the policy of the West and its puppet regimes in Bucharest, Kiev and Chisinau with respect to Transnistria will change.

The United States and NATO have long been aiming at this very geopolitically attractive region for them, since from this one can effectively control the situation in the Danube-Black Sea area of ​​the former USSR.

Ctrl Enter
Noticed a mistake Highlight text and press. Ctrl + Enter
We are
The role of the “anchor” holding Bessarabia from Romania moves from Transnistrian Moldavian Republic to Gagauz and Bulgarians: regional totals-2013What you didn't want to know about England
21 comment
Information
Dear reader, to leave comments on the publication, you must to register.