The most disgraceful actions of Solzhenitsyn 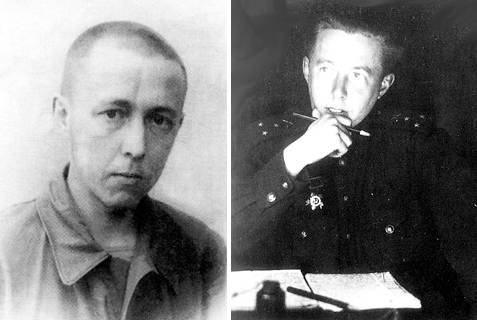 I would not want to live like this, because I would be very ashamed. Not only that - I would despise myself. So, how Solzhenitsyn sat in the “proletarian” camp.

Memories of Solzhenitsyn himself, his wives and friends show that the post-war GULAG was relatively liberal: the convicts (in any case, the future writer himself) had regular visits, packages, read books. They were well fed. In the current FSIN the conditions are much stricter. 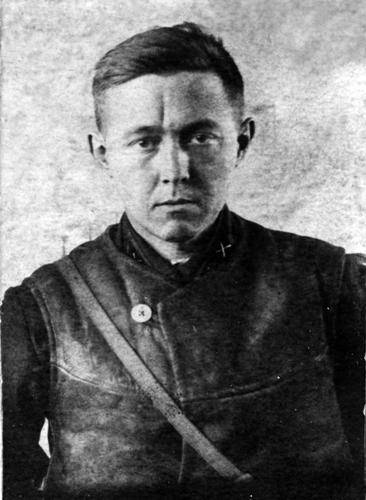 Writer Vladimir Bushin in 2005 year in his book “Alexander Solzhenitsyn. The genius of the first spit ”gathered a lot of facts about the life of this Russian writer, a Nobel laureate. In his work, Bushin relied only on facts - the memoirs of Solzhenitsyn himself and his relatives. Several chapters of the book are devoted to the stay of Alexander Isaevich in the GULAG, more precisely in prisons and "special objects". We omit Bushin’s discourse on Solzhenitsyn’s moral character in these passages from the book, and cite only dry facts:

“The life that has to be done, its conditions, says a lot about life in captivity. In 1970, he wrote about his camp years in his biography for the Nobel Committee: “He worked as a laborer, bricklayer, and foundry worker”. And five years later, speaking before a large gathering of representatives of American trade unions in Washington, he began his speech with an ardent appeal: “Brothers! Brothers in labor! ”And again he introduced himself as a proletarian:“ I, who had worked in life for many years as a bricklayer, foundry worker, unskilled worker ... ”The Americans listened to the proletarian with bated breath.

Alexander Isayevich's introduction to physical labor occurred at the very end of July 1945, when, while at the Krasnopresnensky transit point, he began to walk to one of the piers of the Moscow River to unload the forest. Nobody here forced Solzhenitsyn, he admits: "We went to work voluntarily." Moreover, “we went with pleasure”.

But the future of the Nobeliate at the first meeting with physical labor manifested a trait that would accompany his entire term of imprisonment: the thirst to get the boss or any other post away from physical work by all means. When there, on the quay, the outfitter went along the line of prisoners to choose the foremen, the heart of Alexander Isaevich, according to his confession, “was torn from under the tunic: me! me! appoint me! .. ”. But the stay on the shipment gives the opportunity to enroll in his work experience of the proletarian only two weeks. 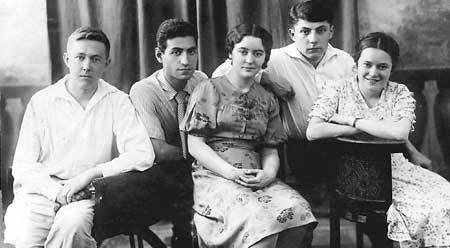 Then - the New Jerusalem camp. This is a brick factory.

Having fastened his tunic on all the buttons and sticking out his chest, the hero tells, he appeared in the director's office. "The officer? - immediately noticed the director. “What did you command?” - “Artillery battalion!” (Lied on the move, I thought it was not enough batteries). - "Good. You will be a clay clay master. ”

So the first post is mined. Solzhenitsyn admits that when everyone worked, he "quietly walked away from his subordinates for the high steepness of the rolled-off soil, sat down on the ground and died away."

As Reshetovskaya writes, quoting his letters, her husband worked at different jobs at a brick factory, but he was again hit by “some clerical place. It would be great if we could. ”

The dream was realized in a new camp on Bolshaya Kaluzhskaya (in Moscow), where he was transferred to 4 September 1945. Here, even on duty, he stated that he was a taster by profession. They believed him again, and, thanks to the expression on his face, “with straightforward willingness to pull the service,” they were appointed, as he writes, “not a normalizer, no, grab higher! - production manager, i.e. older than the outfitter and all the foremen! " 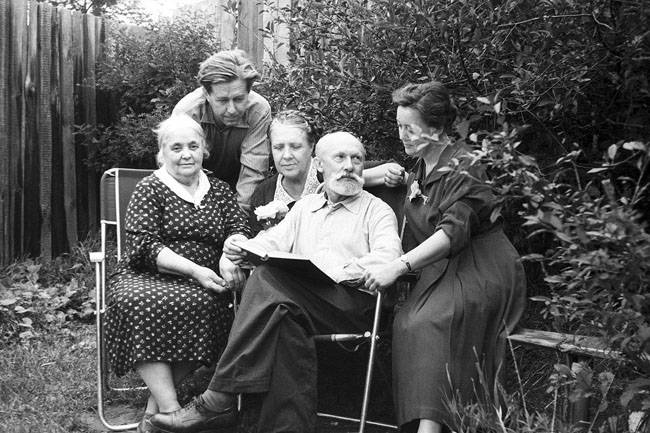 Alas, in this high position, the energetic applicant did not last long. But things are not so bad: "They sent me not as a digger, but to a brigade of painters." However, the position of the assistant normalizer was soon released. "Without losing time, I settled down the next morning as an assistant tinker, without learning a paint job." Was the new job difficult? We read: “I did not study normalization, but only multiplied and divided it for my pleasure. I have had occasion to go wandering around construction, and time to sit. ”

In the camp on Kaluzhskaya he stayed until the middle of July 1946, and then Rybinsk and the Zagorsk special prison, where he stayed until July 1947. For this annual period, from the point of view of building up the proletarian experience, he has gained nothing at all. Almost all the time he worked in his specialty - a mathematician. “And work approaches me, and I come to work,” he wrote with satisfaction to his wife.

With the same ease with which he had previously said that he commanded the division, and then called himself a scorer, the hero soon declared himself a nuclear physicist. He was believed this time too!

In July, 1947 was transferred from Zagorsk to Moscow again to use as a physicist. He was sent to the Martha Special Prison - the Research Institute of Communications. This is in Ostankino.

At the institute, whoever he was, he was not a mathematician, then a librarian, or a translator from German (who knew no better than nuclear physics), or even a complete idler: the thirst for writing again awakened, and now he confesses: time, and the bureaucratic work brazenly stopped pulling. ”

The conditions for writing were not bad. Reshetovskaya draws them in his letters as follows: “The room where he works is high, vault, there is a lot of air in it. Desk with many drawers. Next to the table is a window open day and night ... " 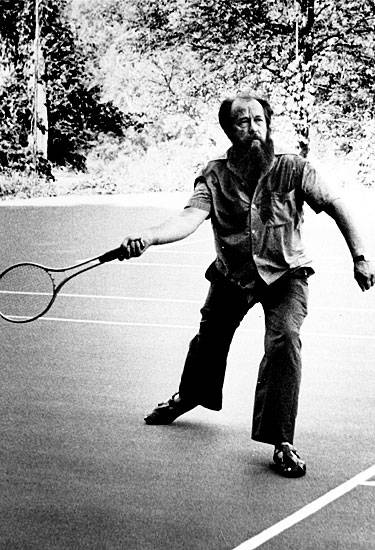 Referring to such an important aspect of his life in the Marfinsky Special Prison, as a daily routine, Solzhenitsyn writes that there were only two things that were required of him: "12 hours to sit at the desk and please the superiors." In general, for the whole period anywhere, except for this place, his working day did not exceed eight hours.

The picture is complemented by N. Reshetovskaya: “At lunchtime, Sanya is lying on the grass in the yard or sleeping in a dormitory. Morning and evening walks under the lime trees. And on weekends, he spends an hour on the air of 3-4, playing volleyball. ”

The place in the hostel is not badly arranged either - in a spacious room with a high ceiling, with a large window. Separate bed (not bunks), next - a bedside table with a lamp. “Before 12 watches Sanya read. And at five minutes of the first he put on his headphones, turned off the lights and listened to the night concert. ” Gluck's opera "Orpheus in Hell" ...

In addition, the Marfinsky special prison is, according to Solzhenitsyn himself, also “four hundred grams of white bread, and black is on the tables,” sugar and even butter, one twenty grams, the other forty each day. L. Kopelev specifies: at breakfast you could get an additive, for example, millet porridge; dinner consisted of three dishes: meat soup, thick porridge and fruit juice or jelly; for dinner some kind of casserole. And the time was the most difficult - the hungry post-war years ...

Solzhenitsyn received the entire term from his wife and her relatives first weekly broadcasts, then monthly parcels. Something even bothered him, and he sometimes became picky in the letters: “Dried fruits are no longer needed ... I especially want flour and sweet. All the products that you send out are delicious. ” My wife sent sweets, and now he reports: “I slowly suck the third volume of“ War and Peace ”and with it your chocolate ...”

Books became the passion of Solzhenitsyn. In Lubyanka, for example, he reads such authors, who then, in 1945, were almost impossible to get at liberty: Merezhkovsky, Zamyatin, Pilnyak, Panteleimon Romanov:

“The Lubyanka Library is its decoration. Books bring as much as people in the cell. Sometimes a librarian of miracles takes our orders! ”

And in the Martha special prison, Solzhenitsyn had the opportunity to make orders even in the main library of the country - in Leninka. 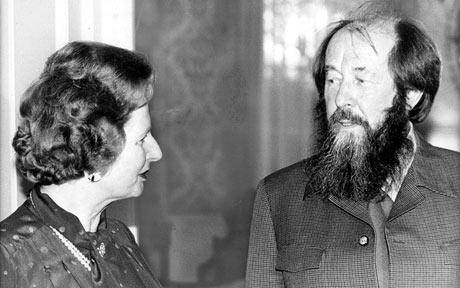 Family visits were held on Taganka, in the prison employees' club, where prisoners were brought from other places of detention. N. Reshetovskaya describes one of them in such a way: “No“ scary car ”drove up, but a small bus from which our husbands got out, quite well dressed and not at all like prisoners. Immediately, not having entered the club, each of them approached his wife. Sanya and I, like everyone, hugged and kissed and quickly handed each other our letters from each other, which thus avoided censorship. ”

And another excerpt from the book of Bushin, no longer relevant to the writer's conclusion, but well showing Solzhenitsyn’s perception of himself as a messiah:

“Such a case, which took place under the new 1962 year. I went with my wife from Ryazan to Moscow to hide my manuscripts near Teush. In a festive train, a drunken bully began to mock passengers. None of the men opposed him: who was old, who was too careful. It was natural to leap up to me - I was close to me, and I had a fair duck. But the cherished suitcase with all the manuscripts was standing at our feet, and I did not dare: after the fight, it was inevitable to reach out to the police ... It would have been Russian история, so that on this hooligan my cunning threads would break off. So, in order to fulfill the Russian duty, it was necessary to have a non-Russian endurance. ”

Ctrl Enter
Noticed oshЫbku Highlight text and press. Ctrl + Enter
We are
About Stalin and KhrushchevWhat you didn't want to know about England
Military Reviewin Yandex News
Military Reviewin Google News
133 comments
Information
Dear reader, to leave comments on the publication, you must to register.