November 1 2017
119
A public discussion of an unplanned visit by Kurt Walker of Kiev to 27.10.17, the US special envoy to Ukraine, does not answer one question: what caused it? The answer, in fact, is the only one: it was an urgent matter. And what is that urgent was in this visit? Volker came to understand what is happening in Kiev at the Rada? In place, so to speak, since the US Embassy in Kiev and the two floors of the CIA in the Security Service of Ukraine are not in place? But for some reason, Volker came ... 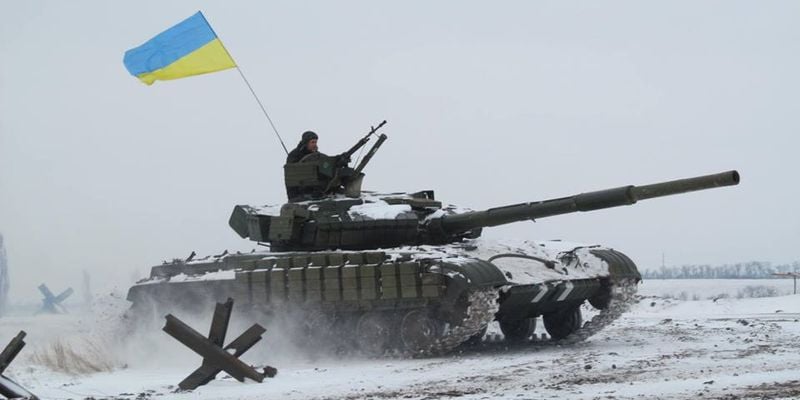 We note that Kurt Volker made a visit to Kiev almost immediately after Vladimir Putin’s speech in Sochi at the Valdai Club, where he made, one might say, a programmatic statement on Ukraine and Donbass. Putin said that “Russia needs a friendly Ukraine,” and Russia will not allow the introduction of Nazi formations in the Donbass, the massacre in the Donbas; responsibility for what is happening lies with Europe: “The current situation is the result of an unconstitutional armed seizure of power in Ukraine, and Europe is to blame for this, because it supported this terror.” That is, Putin indirectly called the Kiev authorities terrorist. And did not even mention the United States. These Putin's theses are unacceptable for the Bandera power, and, probably, frightened someone in Kiev.

Volker makes statements opposite to Putin in Kiev, on all counts. He states that “Ukraine has become more united, more nationalistic, more anti-Russian, more West-oriented than ever,” and blames Russia for it, which “committed aggression and occupies the Donbass”, but the peacekeeping operation should restore integrity this nationalist Ukraine, that is, should give Donbass to the mercy of the Bandera Nazis. Volker fully supported the “war party” in the Verkhovna Rada. "There were no recommendations from Kurt Volcker, he understands the logic of the actions of Ukrainian parliamentarians," said Anna Gopko, chair of the foreign affairs committee.

It turns out, Volker urgently flew to Kiev to make anti-Putin and anti-Russian attacks, in fact. Our political elite took it this way: Kosachev and Pushkov called the Volcker a specialist in disrupting the Minsk agreements, which were based on Putin’s developments. Foreign Minister Sergei Lavrov called Volker’s Kiev statements a plan to “occupy the Donbass.”

These facts say that the Volker-Surkov summit ended in complete failure, its continuation and the very necessity is a big question. In fact, Volker pursues the policy of his former patron John McCain on “global containment of Russia” by inciting war in the Donbas: this “peacemaker” does not tire of repeating the need for supplies weapons to Ukraine, in parallel with the demagogy of the peacekeeping mission in the Donbas, and in spite of Putin? - does not mention at all about the role of Europe in this mission.

After all, speaking of the supply of weapons to Ukraine, Volker is not at all bluffing: a package of documents has already been prepared in Washington for the supply of weapons to the Bandera regime, it remains to receive the signature of President Donald Trump. For the president to sign it, McCain and Walker need an appropriate preposition, which could be the resumption of the war in the Donbas.

If right now, the Armed Forces of Ukraine will exacerbate the situation in the Donbas, and this can only be done by some serious offensive operation, McCain with Congress will be able to pressure Trump, and he will sign a package of documents on the supply of weapons, "in view of the renewed Moscow aggression." World fake media will prove it with their lies, the anti-Russian campaign in the United States will accept it without proof. Trump will find it difficult not to sign this anti-Russian package of documents, given the pressure he is already under.

Thus, Volker will fulfill McCain’s long-standing desire to supply arms to Ukraine and to resume the war in the Donbas. The question of the timing of the attack on the Donbass reveals the urgency of the Volcker visit to Kiev, didn’t he just come to Putin for a public answer?

It can be assumed that Volker put Poroshenko in a simple dilemma: either he starts the war in the Donbass and gets a "defensive weapon", or his agent Saakashvili will start a long-announced operation to "carry out the goat." Saakashvili, synchronously with the visit of Volcker, declared on his Independence: “On November 7 I give the last time to them (the authorities - VK) to accept our demands. We can't stand here forever. ” (November 7 is the first session day of the Verkhovna Rada.) Sivy’s “Right Sector” action was more specific: “We are launching the ATO against Poroshenko and all non-Ukrainian authorities. Everything will be burned or blocked. ”

Here, Bandera political scientists and their friends are amicably talking about the absurdity of this Maidan in 200 militants. However, the Supreme Commander Poroshenko has not been able to do anything with him for two weeks. Because it is not Maidan at all, but rather a special operation, in the opinion of Mikhail Pogrebinsky, who is covered by Volker himself and the American embassy, ​​which is assisted by Nazi Minister Arsen Avakov. This is an action to intimidate Poroshenko and all of his “non-Ukrainian government,” they are already declared enemies of the people! However, Arsen Avakov declares Mikhomaydan "rubbish" and, under this pretext, removes him from the police cordon! In general, with this he gives Sivy a way to bring weapons directly to the Verkhovna Rada, along with reinforcements of the militants ...

Maidan Saakashvili is only the visible part of the special operation against Poroshenko, and the fact that he cannot do anything with a handful of militants speaks about the possibilities of the putschists behind them. Only the chief of the Ministry of Internal Affairs and the Nazi-militants of Azov, Arsen Avakov, can accomplish a coup and retain power in Ukraine. By coincidence, he leads Saakashvili from the border itself, led him under the Verkhovna Rada together with the Donbass battalion, and now he removed the police cordon.

The closest associate of Avakov, the pastor of the National Security and Defense Council Turchinov in the Rada called Poroshenko to issue a decree on the introduction of the Armed Forces of Ukraine to the Donbass. Behind them stand and Tymoshenko, and Garden, and Nalyvaychenko, and Nay with Lutsenko, and the oligarch Kolomoisky - all of them, one way or another, lit up next to Saakashvili, and retreated into the shadows. Give the opportunity to Poroshenko to make the right decision. Actually, this is the top of the new coup, ready to break off the leash on the orders of Kurt Volcker. These people can take and hold power, and express claims to legitimacy, and start a war in the Donbas. Pastor Turchinov simply asks again for the role of acting president of Ukraine.

In fact, the start date of the coup has already been set, it was announced by Saakashvili - on November 7, or Poroshenko will start a war in Donbas on November 7. Then Saakashvili Maidan under the Rada and the putsch itself lose their relevance for a while. In any case, for Poroshenko, this is a war: either in the Donbass or in Kiev, and not a mythical peacekeeping operation. As they say, do not believe the Volcker, about the world of speaking.

The OSCE SMM, represented by Alexander Hug, said the other day that “escalation in the Donbas is inevitable”. However, will it result in an offensive operation of the Armed Forces of Ukraine? Chief of the General Staff Viktor Muzhenko frightens the public with big losses, right up to his resignation. Pastor Turchinov prudently offered to remove Muzhenko from his post for the bombings of military depots in Kalinovka. So the behavior of the APU is difficult to predict, as the response of the Armed Forces of New Russia.

We can definitely say that Poroshenko was put before an ultimatum: “You can not pardon the goat,” and so far they offer to put a comma in it, until November 7.

Ctrl Enter
Noticed oshЫbku Highlight text and press. Ctrl + Enter
We are
Reports from the militia of New Russia for 27-28 September 2014 of the yearResults of the week. "Well, do not change me because of every idiot!"
Military Reviewin Yandex News
Military Reviewin Google News
119 comments
Information
Dear reader, to leave comments on the publication, you must to register.