100 years of Russian glory. Uniforms and equipment for infantry of the Russian Imperial Army 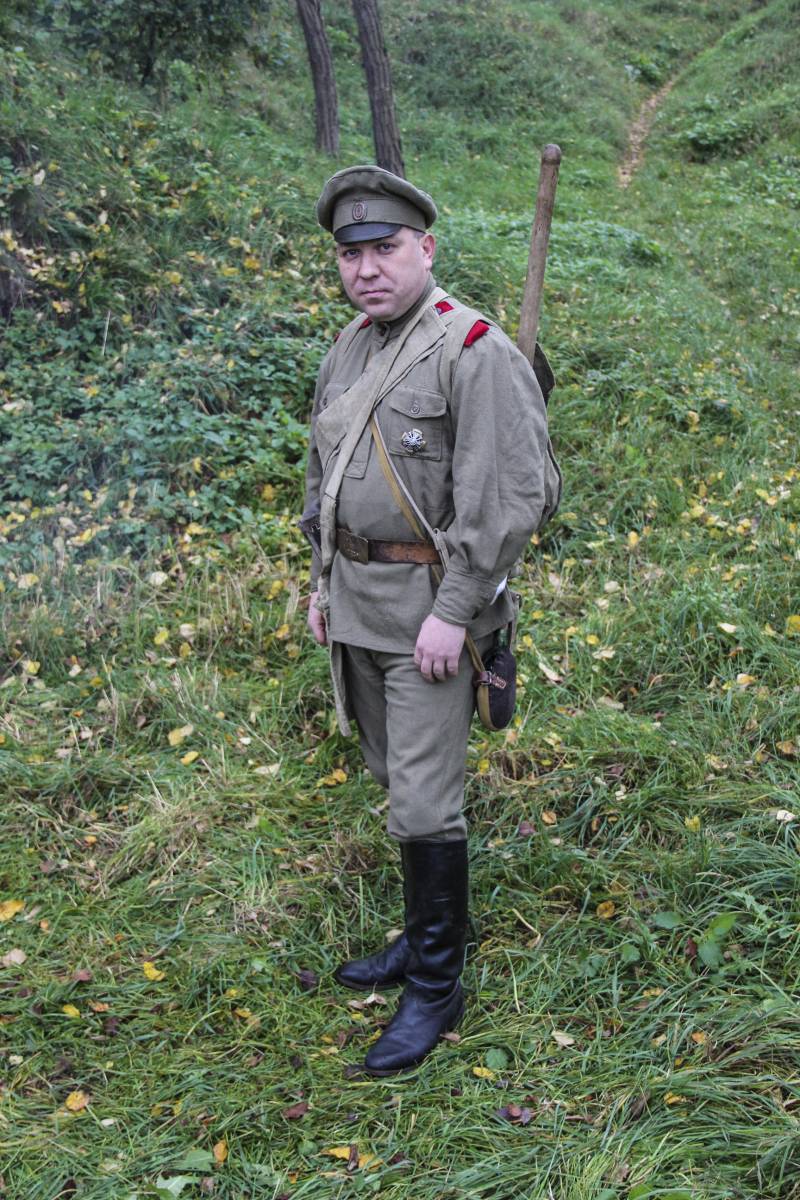 The infantryman of the Russian Imperial Army in 1914 was not inferior to its allies or opponents in the degree of equipment and weapons. Yes, there were some peculiarities, advantages and disadvantages. But to say that our infantry is inferior in all things to German or French there is at least silly. Why?

For example, the French form of the period did not contribute to the disguise of personnel. At the same time, one of the main innovations of the Russian army before the First World War was the introduction in 1907 of a new field uniform in khaki, a light olive green color.

However, this form after numerous washings and fading became almost white (like Comrade Sukhova from the movie “White Sun of the Desert”). This legacy of the Russian-Japanese war, which we took into account, and our allies, who in 1909-1911 also developed various types of protective color uniforms (the Boer “uniform, reseda form,“ Detai ”form), could not realize their achievements.

Despite the apparent simplicity and ease of uniforms and equipment of the infantryman of the Tsarist Army was designed and made properly with the arrangement.

In 1907, a new form was introduced for all ranks and types of troops.

It included a single-breasted coat (made of cotton for summer and woolen fabric for winter), trousers, knee-high boots and a cap with a visor.

Bloomers were sewn with the expectation of wearing them tucked into high boots, they were of a dark green "royal" color for infantry and other foot troops.

In the field, the most practical turned out to be khaki bloomers, which received universal recognition during the war.

Prior to 1912, private officers and non-commissioned officers were given virtually the same officer's uniform, but without outside pockets. The gymnast was universal, her ancestor was the Russian peasant shirt-shirt.

The form was complemented by high boots and a cap without a tab.

In cool weather, the personnel were dressed in overcoats, hats made of natural sheepskin or artificial astrakhan and a hood.

The officers wore a coat of gray-blue cloth, the other ranks - coats of coarse gray-brown wool. The overcoats were double-breasted, with turn-down collars, fastened on the right side with the help of hooks and loops.

For foot troops, the overcoats reached the middle of the shin, with a long slit at the back, thanks to which it was possible to tuck the floors of the overcoat in bad weather. Color valves (buttonholes) were sewn on the overcoats and overcoats, in some parts - with colored piping indicating the regiment and the type of troops. Since the overcoats were large, they had a special strap to fit on their backs. Subsequently, in combat conditions, the officers began to switch to the soldiers' overcoats so that they could draw less attention to their personalities.

The caps with a visor were mostly khaki in color, the front color was repainted green. The main color of the band was green.

In the guard and at the grenadiers, the band could have the color red, blue, white or dark green. A stamped cockade was fastened in front, in the center of the band. She had three kinds - for officers, non-commissioned officers and privates. Colors could be: orange, black and white. The militiamen carried a “militia cross” over the cockade. Badges were also fastened to the hats.

Total infantry equipment in the 1914 year included the following items:

1. Cap with cockade;
2. Cocktail with cockade;
3. Hood;
4. A walking shirt (woven cloth) of sample 1912;
5. Set of underwear;
6. Infantry cloth trousers sample 1912 g .;
7. The overcoat of the 1907 model of the year with shoulder straps and dark green buttonholes (could play the role of a bullet-proof vest in the roll, in any case it was quite possible to stop the fragment at the end of it);
8. Boots;
9. Footcloths. 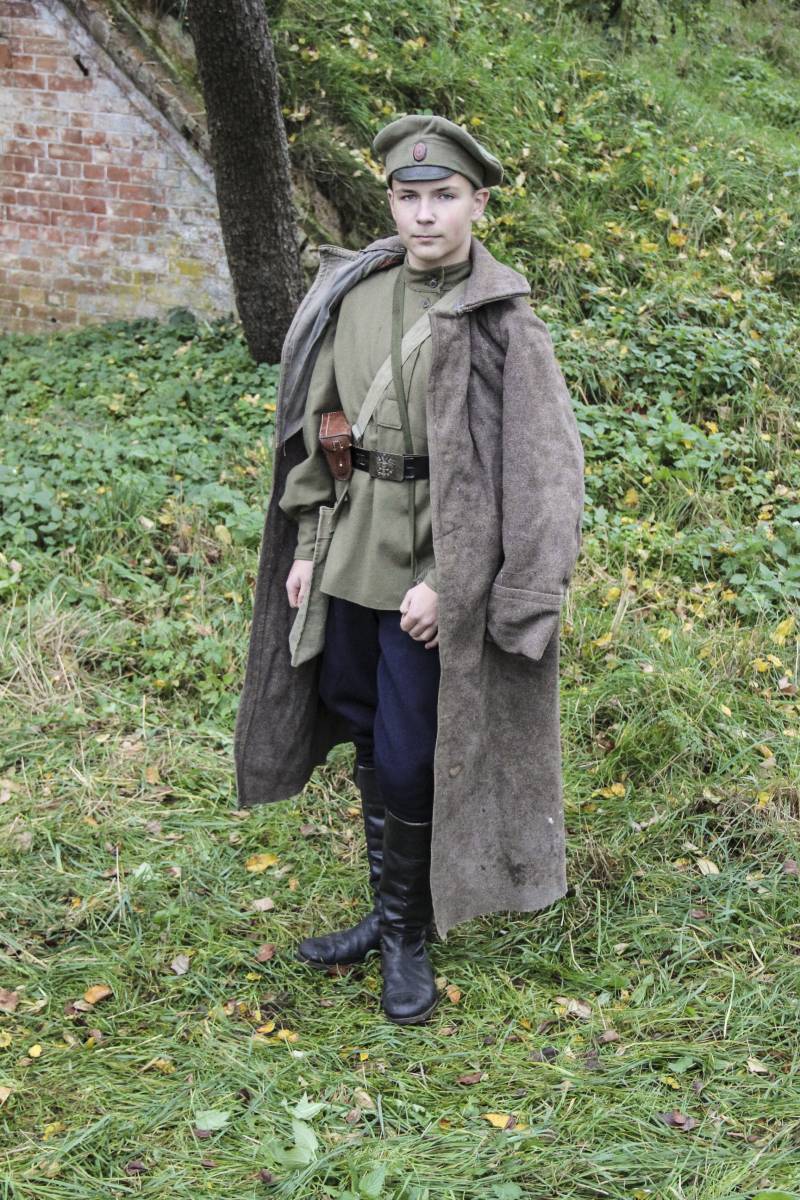 The breast cartridge belt, as well as the overcoat in the roll, hung over the left shoulder. The overcoat, as already stated above, could serve as some protection, and the cartridge belt in a similar way facilitated reloading and left the right shoulder for the rifle butt (it was understood that the main majority in the army were right-handers).

Rusk bag could hang on the left and on the right side. It packed dry rations and part of the ammunition (cartridges in bulk).
In a duffel bag or satchel folded personal hygiene items, spare clothing, equipment for cleaning weapons. To the folded overcoat of the overcoat was attached a hood, a bowler hat and a 1 / 6 part of the tent and pegs.

In total on the fighter fastened the order of 26 kg. equipment Ammunition was from 80 to 120 ammo. And in the aftermath and more. Cartridges, this is such a thing, which is always lacking, so the fighters sought to take them with them as much as possible. 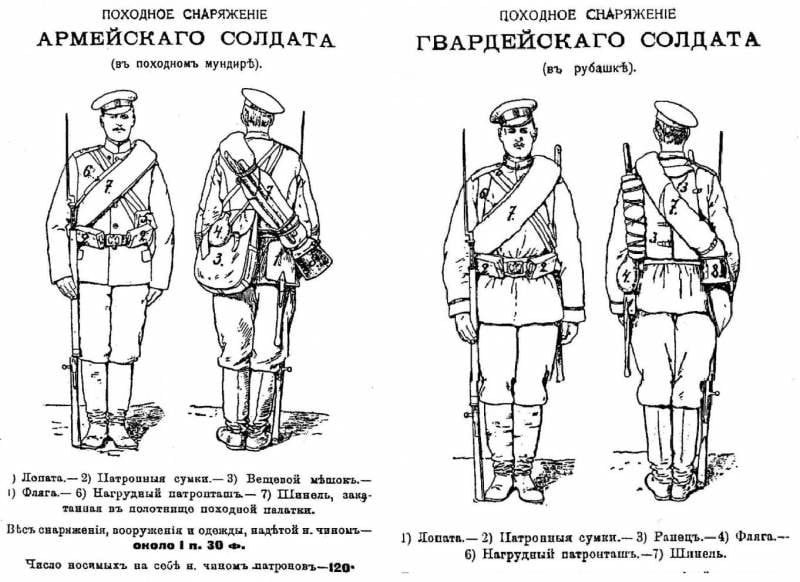 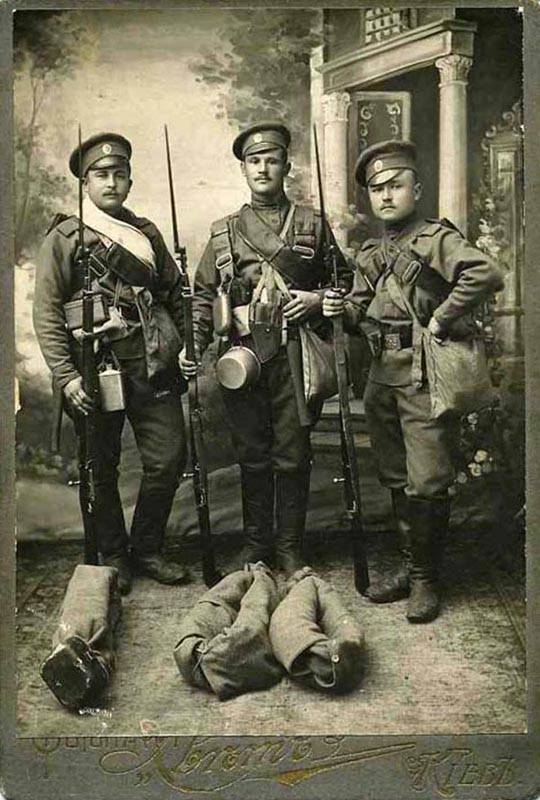 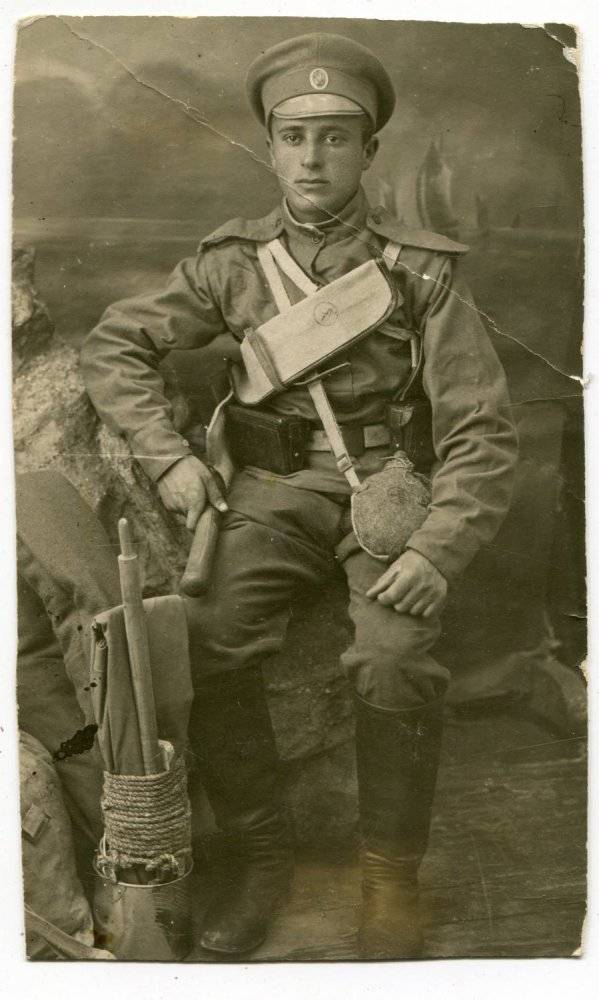 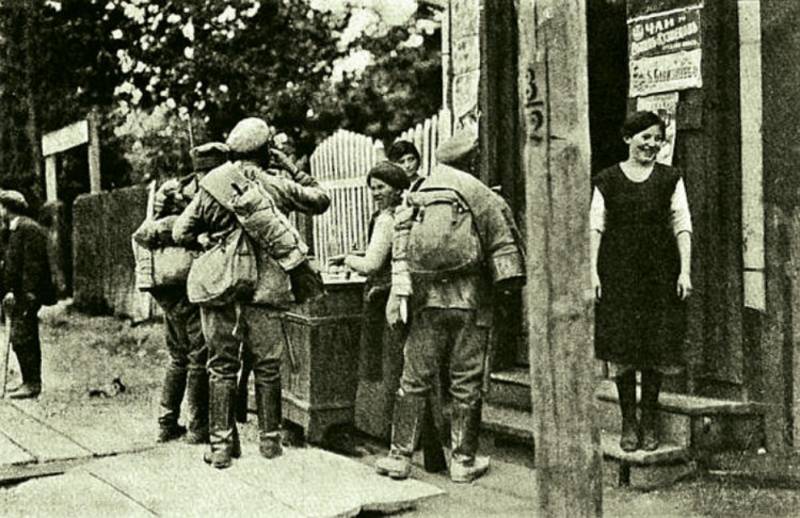 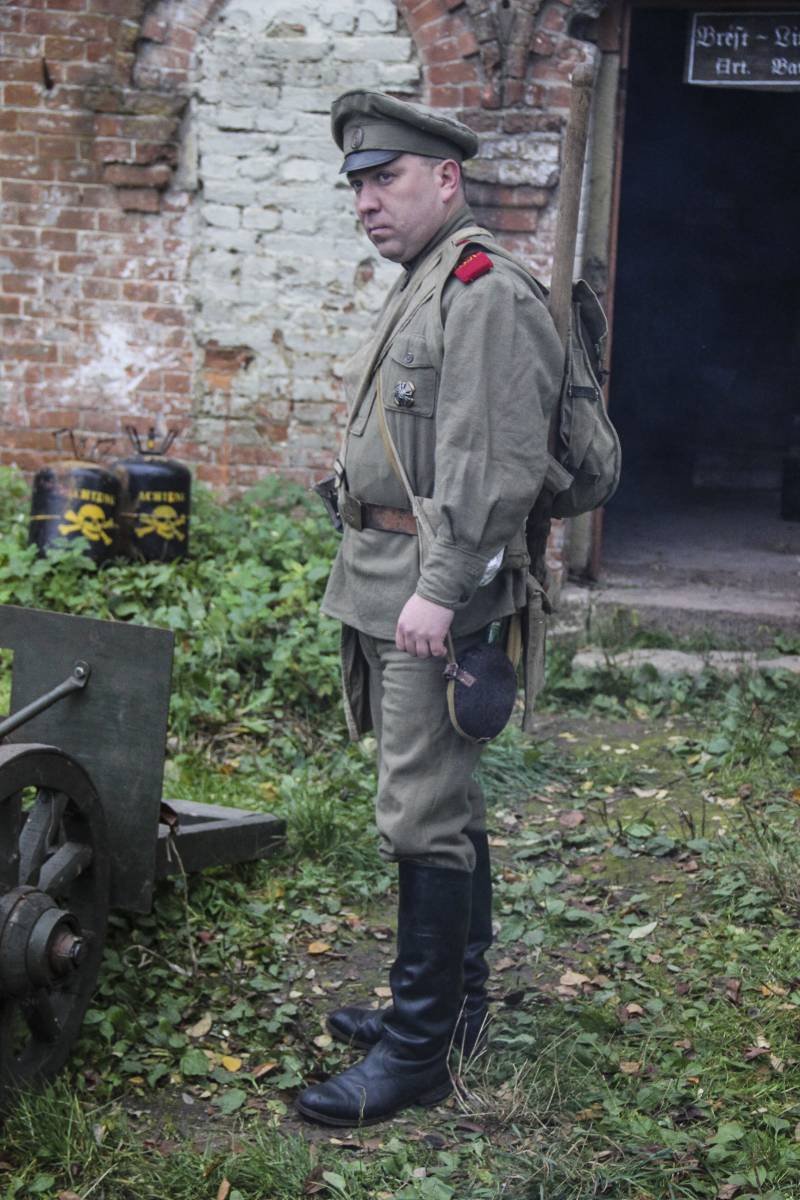 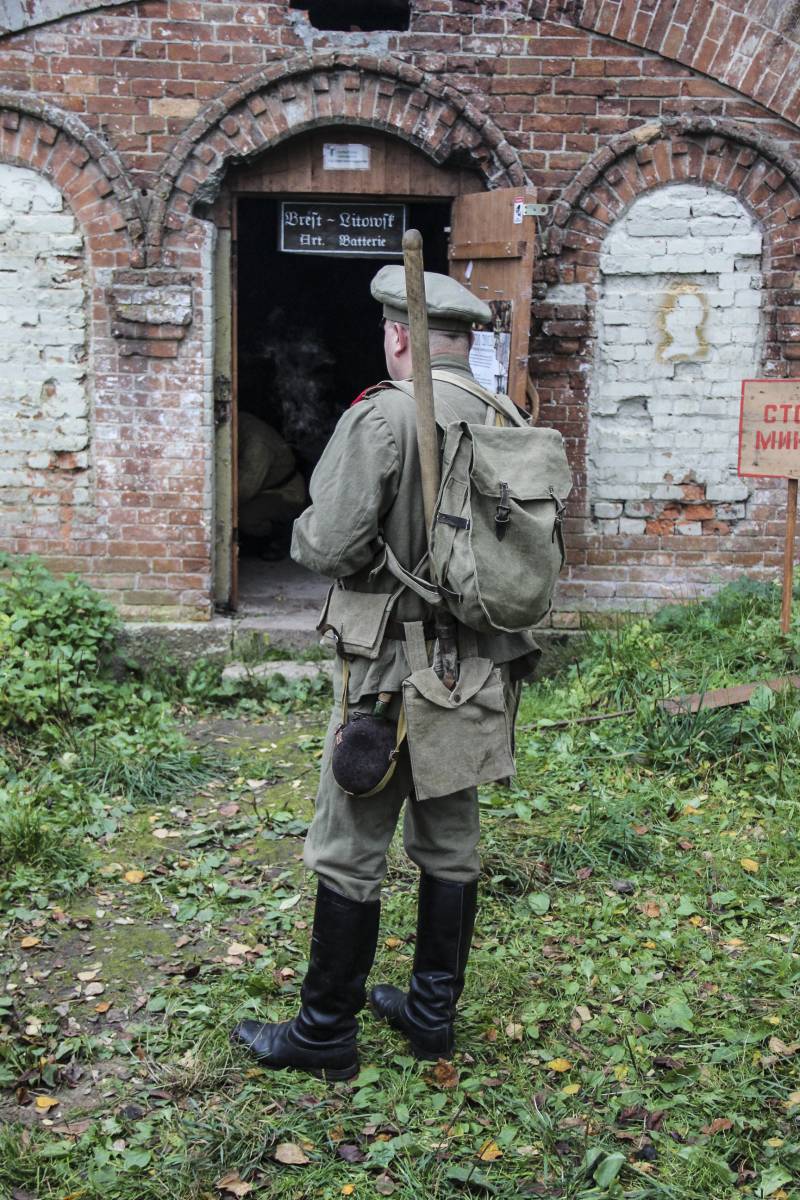 Private member of a sapper company of the Brest-Litovsk fortress, 1914 year 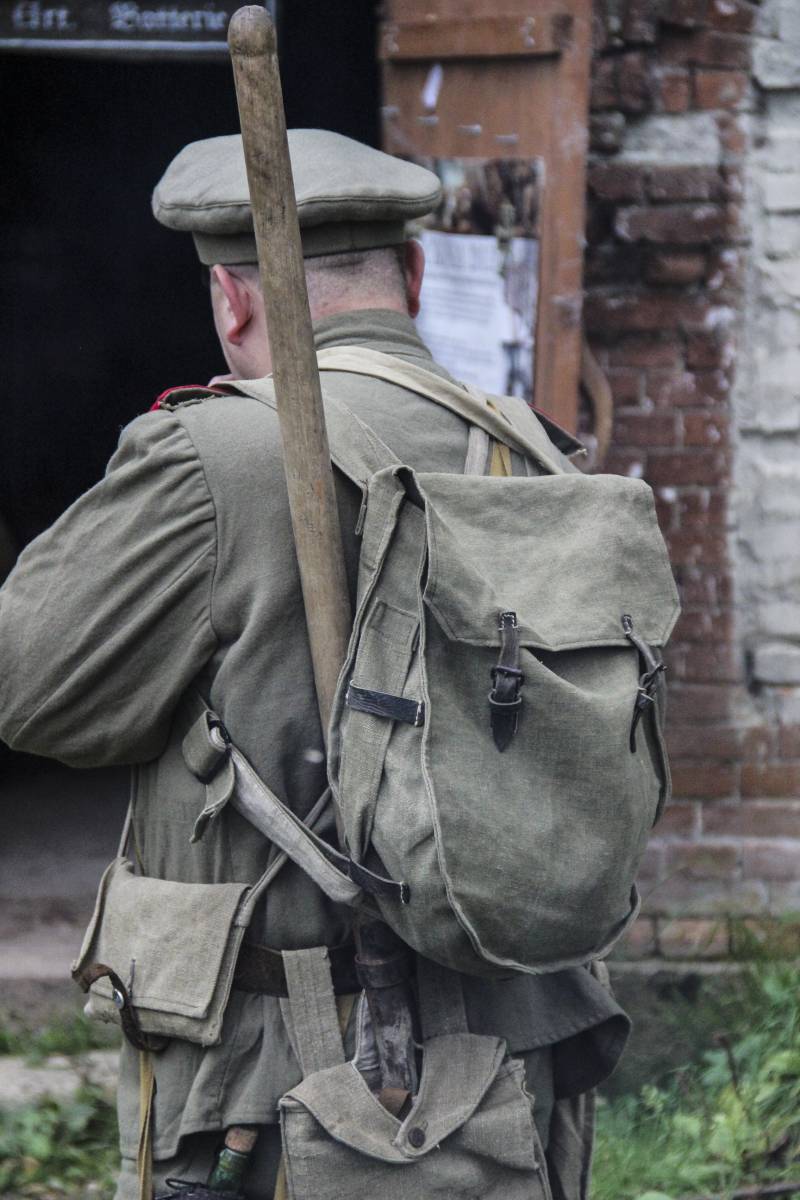 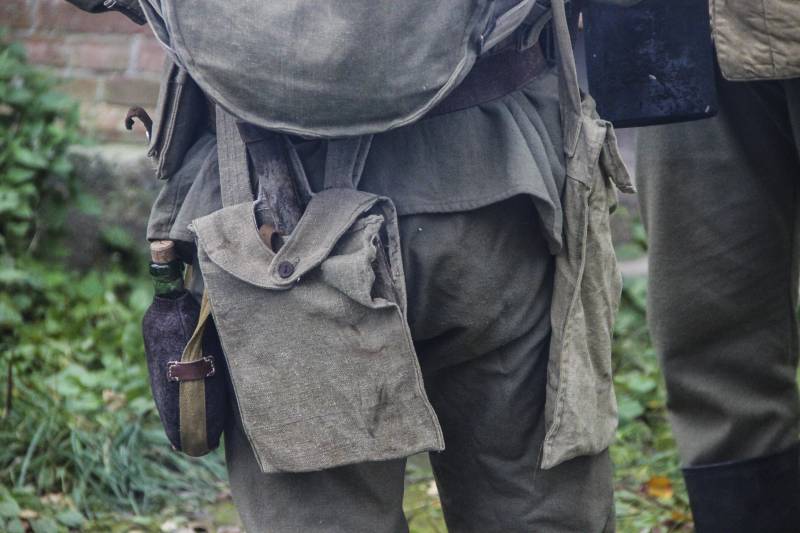 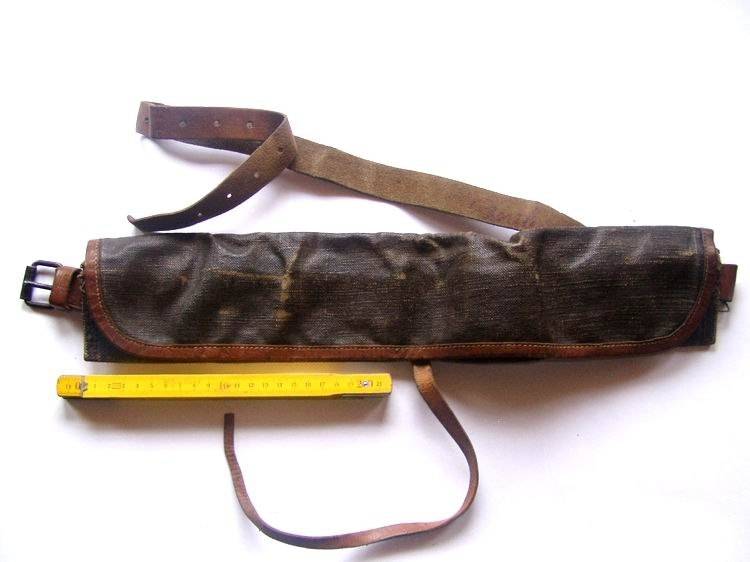 The officers c 1912 g. Was introduced camping equipment on a brown belt, such as "Sam Brown", with two shoulder straps running parallel to the front and intersecting the back. 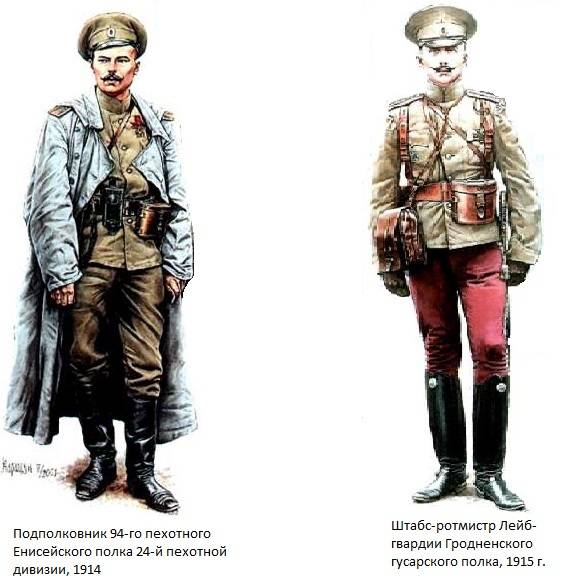 A sword belt for swords was worn over the right shoulder, in the eastern manner. On the left belt there was a jack for the whistle, the holster was located on the belt to the right. A field bag and binoculars complemented the kit.

Part of the ammunition had to buy at their own expense. This applies, for example, service weapons, or binoculars. Officer knapsacks are usually fussed over in the train. If the officer was riding, his overcoat was attached to the saddle.

Subsequently, with the course of the war, the equipment changed. Somewhere along the path of simplification, making, for example, rag cartridge belts, where-before equipment was added, like Adrian's helmet. In any case, the Russian army was not alien to the technical and weapon innovations, but we'll talk about it next time.


We express our deep gratitude to the military-historical club "Rubezh" from the city of Brest and personally to Andrei Vorobei for the advice and materials provided.