October 31 2017
20
Under the blows of the US coalition, a family of civilians was killed near Abu Kemal in Deir ez-Zor. The terrorists launched a counteroffensive near the field of Al-Omar east of Meyadin. This is stated in the daily report. FAN with reference to Syrian sources. 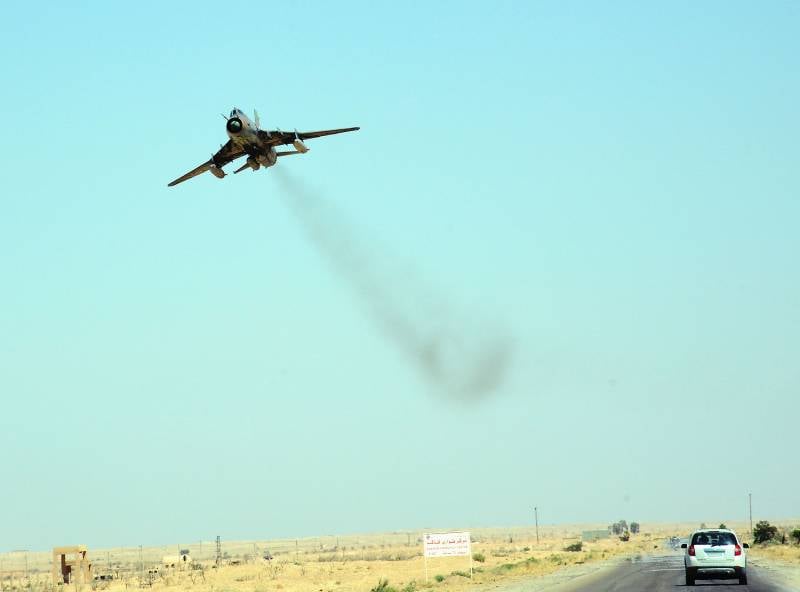 In the past 24 hours, the radical opposition’s radicals continued to fire on Damascus: Bab Toum, Bab Sharqi and Al-Duwela were subjected to mortar attacks. In turn, the Syrian troops opened fire on the fortified radicals on the outskirts of the village of Sakba, located on the territory of the Eastern Guta oasis. It became known that the IG terrorists (a group is prohibited in the Russian Federation) smuggled weapon to the area of ​​camp Al Yarmuk using sheep. Inside one of the animals transported to the grouping enclave, a batch of cartridges was detected with the help of a metal detector.

On the eve of the morning, government forces occupied the outskirts of the Al-Hamidiyah and Al-Jubail districts. Throughout the day, fighting for control of these areas took place in Deir ez-Zor. The formation of the IG suffered significant losses. At least 50 terrorists were eliminated. The loss of the Syrian army - 23 man. In the meantime, the positions of the Syrian Democratic Army (SDF) near the Al-Omar oilfield complex were subjected to a sudden counterattack by a terrorist group. At least six SDF soldiers were killed during clashes. Moreover, several strategic positions in the Al-Omar area again came under the control of the Igilovs.

The air forces of the Western coalition, led by the United States, stepped up combat sorties near the city of Abu Kemal (Deir ez-Zor province). As a result of air strikes, the family of civilians, including children, died.

Militants of the Syrian Free Army (CCA) provoked the escalation of the conflict with the troops of Bashar al-Assad in one of the de-escalation zones - Dar'a province. The soldiers were forced to open fire on two armed pick-ups who approached the positions of the CAA and did not respond to the demand to stop. In response, the Islamists also began shelling. Thus, as a result of a shootout, six FSA militants were eliminated. Government units suffered no casualties.

The government army, with the support of the Shields of Kalamuna and the National Defense Forces (NDF), continued to attack the strongholds of the Dzhebhat An-Nusra in the northern part of the province of Hama. As a result of fierce clashes, Syrian troops liberated the settlements of Al-Musherif and At-Tinah. More 30 radicals died on the battlefield. A significant role in this was played by the Russian Aerospace Force of the Russian Federation, which inflicted airstrikes on military targets of the group. According to military sources, the primary objective of the CAA in this direction is to establish control over the city of Ar-Rahajan. During the mine clearance to the east of the regional capital, an accident occurred: an attempt to neutralize an explosive device killed one CAA soldier.