"High-Mobility" won the paratroopers in Ukraine

October 31 2017
64
What happened was talked about a long time ago. Almost from the beginning of the ATO in Ukraine. Ukrainian paratroopers abandoned the blue berets. Now they use maroon colors. I will not be afraid of this comparison, the Ukrainian paratroopers now use the colors of the sunset ... The colors of the end of the day. Instead of color height. Instead of the color of elevation above the ground ... What is it? 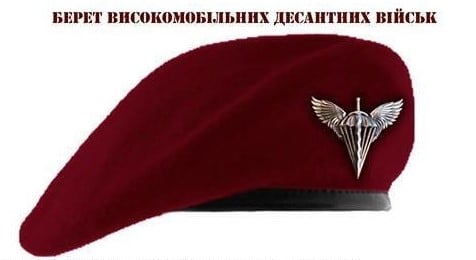 Once upon a time, in an era of serious confrontation with the United States and NATO, General Margelov decided to use the color of the sky to designate a new kind of military. Not the color of venous blood, namely the sky. This decision was greeted with hostility by many military leaders of the time. And for exactly the same reasons that the Ukrainian authorities are giving as an argument today. "It's different for everyone."

Yes, in Ukraine today there are no airborne forces. There are highly mobile airborne troops. Yes, after last year’s decision on the separation of airborne troops and special operations forces, which are given the blue color of berets, one can argue about all this hoarse. Yes, "paratroopers of the color of the sky" remained only in those countries that were formerly Soviet republics. The report of the High Mobility Amphibious Troops Command says: "Only seven countries of the world use blue color for their airborne units. These are Russia and countries that until recently were dependent on it: Tajikistan, Kazakhstan, Kyrgyzstan, Armenia, Belarus, Ukraine."

Ukraine refuses the imperial past, the Soviet past. Ukraine - tseevropa. "59 countries of the world (where airborne units are not simultaneously special operations forces) use maroon beret. In particular, these are NATO 19. In some countries, airborne units that perform the role of special forces use green berets."

But most of all "kills" the main argument of the Ukrainians. "The burgundy color of the beret was not chosen by chance. It was the hats of this color that were used by the British airborne infantry, which was the first in the world to form the first full-fledged separate separate airborne division." 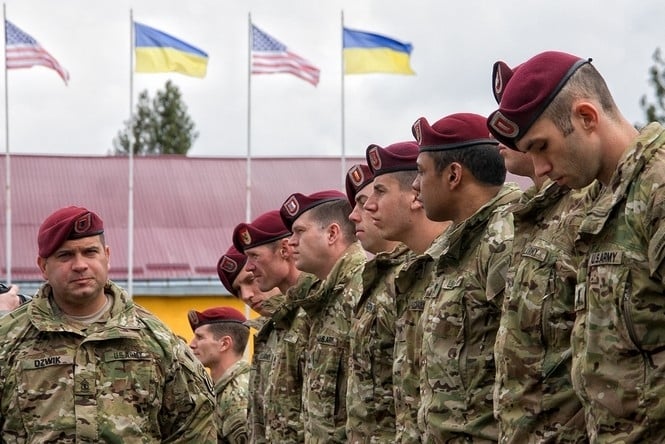 It's like you have to hate your own people, your own very recent historyin order to openly at the official level abandon the hundreds of thousands of courageous Ukrainian soldiers who participated in the composition of the USSR Airborne Forces in military conflicts that did not disgrace their people in Afghanistan? To "lie down" under the Anglo-Saxons ...

It is no secret that the airborne troops have always been and remain the first. Whatever happens, the soldiers in blue berets and vests will cover. Will give the opportunity to pull the main forces. Do the impossible. So it was, and so it is today.

They often write to me that in Ukraine they practically do not drop by parachute method. Not aviation, no skill. Like and not paratroopers. And tell me, can anyone name such a landing in Afghanistan? In Chechnya? In other places where our paratroopers participate?

Not way of landing is important. Not even equipment and weapons. What is important is the realization that you are a paratrooper and the traditional "Nobody but us." Inside! Under the skin! Under the vest! Not superficial, but it is vorivshuyusya for life. And blue takes not just a form. This is also from there. From the inside of the soul.

I understand that Ukraine is trying to "find itself" in this world. Ukraine is trying by all means to prove to others that it is not Russia. So far, the Ukrainians prove it only to themselves. It is clear that all these "new views" on history in general and the history of the Great Patriotic War in particular, also follow from this task.

They abandoned the great Victory over fascism. Today, "behind the ears" attract some kind of "facts" of the participation of the Ukrainian army, an army separate from the Red Army, in the defeat of the Nazis. The rejection of the blue berets is from the same series. Tomorrow, maybe the day after tomorrow, the company will begin explaining the continuity of burgundy color from blue. A bunch of "historians" and politicians will tell that the Airborne Forces, in fact, "always wanted to be" like the whole civilized world ", burgundy. And the" bloody communist regime "made the paratroopers wear blue vests and berets."

On the other hand, "burgundy color will also symbolize the color of blood spilled in battles for state sovereignty, territorial integrity and freedom of Ukraine." If we consider that the paratroopers of Ukraine and today are engaged in this in the Donbass, then ... Let these same freedom fighters be burgundy. In order not to disgrace these paratroopers. Fathers, grandfathers, great-grandfathers ...

"Out of respect for the victories of the Ukrainian paratroopers, in the current Russian-Ukrainian war, they are invited to use the beret as the only everyday and ceremonial headdress. From a soldier to an army general. Not a cap, but takes the color of blood shed in battles for state sovereignty, territorial integrity and freedom of Ukraine ".

But it’s especially cynical for Ukraine, where the war of religions and the spread of all sects has been going on for a long time, looks like this: "... the changes will also affect the troop marks of the paratroopers. Now the parachute canopy is depicted as a symbol of the airborne units all over the world, the wings of Archangel Michael and the sword of fire with which he burns the filth with holy fire. "

In its desire to change, Ukraine is becoming more and more annoying. Not Ukrainians, but Ukraine. "Breaking through the knee" memory ... Abandoning your own heroes ...

When Kiev began to break its own economy in favor of "gentlemen from behind the puddles", we understood. It is necessary to spoil Russia. When Kiev began to interfere with the manure history of the war and called heroes traitors, fascists, executioners, we also understood. We need at least some kind of "foundation" to bring the collapse of the country. When Kiev "started a war with Russia", we also understood. The destruction of the economy and the deterioration of the people’s life must be justified by something.

But when they began to abandon the living citizens of the country, we no longer understand. Yes, today the Soviet paratroopers for 50. But they are alive! They can still do something. And you are their soul, "inside" in the dirt ... Then where?

Ctrl Enter
Noticed oshЫbku Highlight text and press. Ctrl + Enter
We are
Results of the week. "Well, do not change me because of every idiot!"Memo to mercenaries in Africa
Military Reviewin Yandex News
Military Reviewin Google News
64 comments
Information
Dear reader, to leave comments on the publication, you must to register.