Roll away from me with the military department!

October 31 2017
51
This letter was published by a student of one of Kiev universities and provided with photographs. And in the end I’m still a little statistics from myself dokinu, good, they said, where the numbers can be found.


So, what did the Kiev student want to share? Spelling and grammar corrected, swore replaced.

Post about the military department of NUBIP (National University of Life and Environmental Sciences, Kiev):

This is not anti-advertising, not goni and not a lie. These are facts and truth, you can ask those who graduated from the "military department" and adequate (important!).

Suppose you decide that you want to enroll in the commissariat. And yes, you know that now after the military can take into the army on the 1,5 year - that is, it does not retreat.

The first thing you think: "Clearly, they will learn how to handle the technique, they will teach tactics, I will learn to shoot somehow." Lying.

A brief description of the personnel of the military department: a mob of drunks. Not everyone, but 9 of 10 is thumping in the morning. You can personally go to the "teaching" and check.

In pairs - mostly rubbing stupid incomprehensible game or simply give to teach the statutes for memory, and then - write a module / test for them.

Separately, I would like to highlight one particular feature - drunks (polkan, subfloors) - always require a squadron to collect money "to help the department", etc. In fact, they drink it up that very evening. Did not pass the money - the platoon commander and you suffer.

THINK: APU officers are asking for money from students. It was so that they "asked" to fold 15 UAH. It was on 50. In general, a frequent occurrence. It was very difficult for the few who refused this shit.

After 2's years of "learning" (and now after one), the second part of eating shit begins - MILITARY FEE.

In fact, this is the same finished army, where the same colonels, lieutenant colonels and others thump even harder, and you suffer a garbage all day long like 5-6 beds, drill for 4 hours, etc.

This year the fees were in Goncharovsk. And you know what? The month of July, you walk in shape, and SOUL IS NOT ALL. SIMPLY NO. THE ONLY SHOWER - FOR THE WHOLE PART ON THE STREET, WHERE THE 3 NOZZEL WORKS. THERE IS THE WHOLE PART.

Food: dining room - food is worse than shit. Fresh vegetables for 28 days were given 4-5 times (these were suspicious "fresh" cucumbers), everything.

Further, you don’t have time for anything, because all the time drunks with epaulets give some stupid tasks like "to remove weeds from the ground," "dig a trench, then bury." And all in the heat. Again, hygiene - zero.

The officer corps, who thumps from morning till night (damn if I lie, ask elders, that is), feels his impunity and uses such a classic punishment technique: if someone did something wrong, he didn’t - suffers whole platoon. They are just beasts. At the same time, they continue to "carry out money" with students.

100 think before you go into this shit.

The photo below "Put on a plate" is a potato, if you can call it that, and a dog sausage. 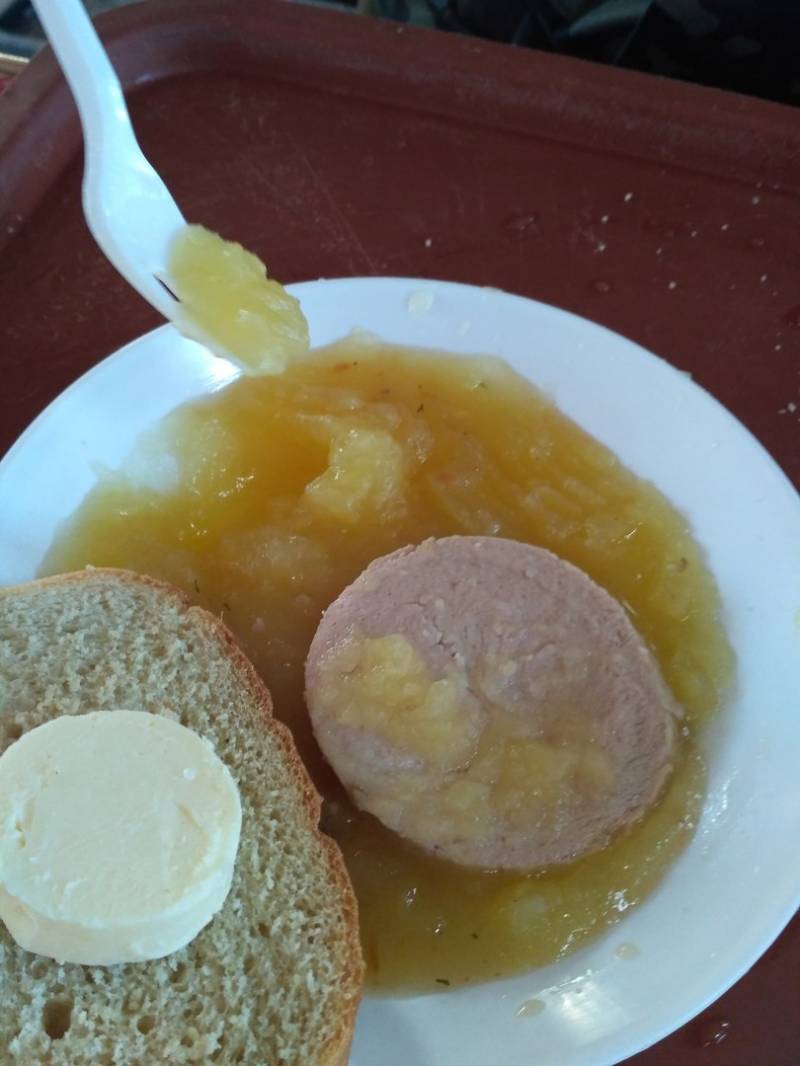 "Tanks"- pieces of fabric stretched over the frame, - the strength of the APU. 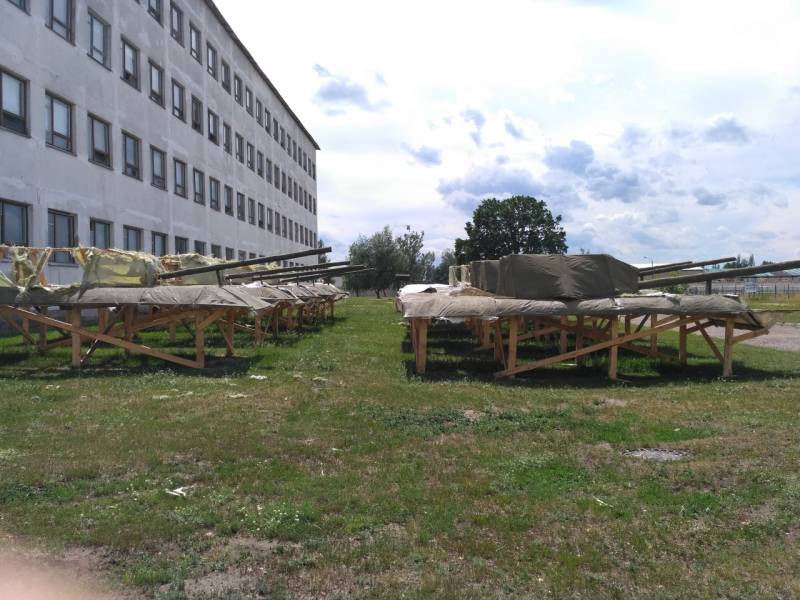 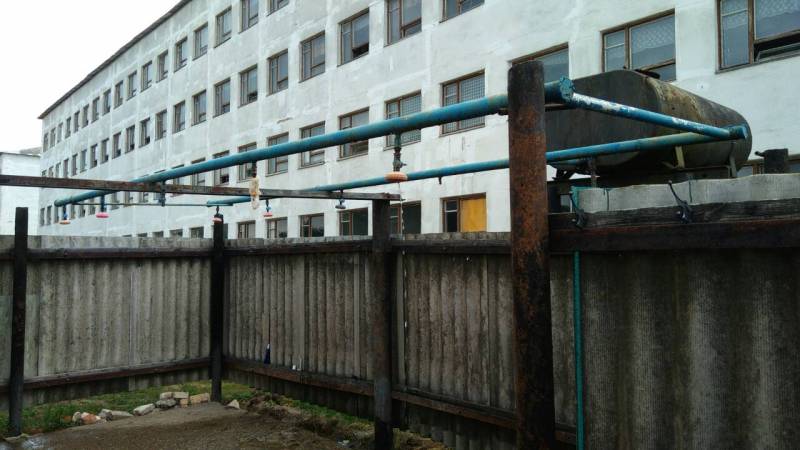 Sorry for the mat, a lot of letters, but you need to know the truth. If interested - I will write on each issue separately. Write in the comments.

And here I can not cite one of the first comments.

And the author of the record believes that the army is better than in the training center Goncharovsk? So you are mistaken because:

1. On the parade ground we step 8 hours a day.
2. All repair work we do too.
3. I don’t keep silence about the shower. Already 2 have no hot water for a month and the shower is cold every Thursday.
4. There is no free time for myself (the first six months), not only do you walk in the morning with a carbine on your hip, then in the evening there is some work on the barracks, and on weekends you also walk in outfits, so there is almost no rest neither weekdays nor weekends, and so every day all 1,5 of the year, or 1, if you have a full higher education.

And junior lieutenants (in Ukraine, after the military department they assign a junior lieutenant. - Comm.), You are right, the boys come to 1,5 years of military service, but with the title ml. lieutenant, who by 22 of the year, but they are generally such oak that their first year breeds like young children, and they are also paid about their stupidity around 8 thousand UAH per month.

So I see no reason to pay the 2 department of the year, and then also serve as a ml. a lieutenant on time 1,5, where you are bred, and six months later, and reprimands are discharged, and minus the salary. Now I don’t see any advantages from the military department.

Be surprised? Well, really, not worth it. We have become accustomed, in principle, that much in today's Ukraine is being done, to put it mildly, not with our hands and head.

It is probably worth sympathizing with Kiev students who pay for two years of “training” at the military department of 12-14 thousand hryvnia.

Cherry on the cake - this is what else for these "fees" need to lay out another 2 500 hryvnia.

True, if the brains suddenly earned, and the student changed his mind about the “fees”, then the issue is solved by skidding another 2 500 hryvnia to his department head.

And nothing: one of the best armies in Europe, they say ...