The first attacks of robots

Exactly 100 years ago, the first relatively successful use of an unmanned remote-controlled combat vehicle against another military vehicle took place. The German high-speed hydrofoil Fernlenkbot, controlled by wire from the shore, rammed the English monitor Erebus, which participated in the blockade of the Belgian coast.

Range of this weapons was 20 kilometers - that was the length of the wire. However, at such a distance it is impossible to control a small 12-meter boat, it is simply lost sight of. Therefore, the attack was accompanied by a seaplane, from which data on the direction of the Fernlenkobot were transmitted by radio to the control panel. In accordance with these data, the operator made the course adjustment.

The system turned out to be quite complex and inertial, but it worked, the glider crashed into the "Erebus" right in the middle of the hull. The contact fuse blew up a 700-kilogram charge, but the monitor did not sink. He was saved by an anti-torpedo caisson reinforced along the side, which took up the energy of an explosion. "Erebus" under its own power went to the port for repairs.

FernLenkbot was developed at 1915 by Siemens. By order of the German Navy, in the same year, an experimental batch of 12 of such boats was built, some of which were sent to the western front - to Flanders, and the rest - to the eastern - to Kurland. The first attempt to use them was marked 24 on April 1916 of the year, but then, because of the steering failure, the boat had to be given a command to self-destruct.

25 September 1916 of the year in the next attack from the hydroplane stalled the engine and had to be destroyed again in order to avoid capture by the enemy. 1 March 1917 of the year - the first success, "Fernlenkbot", managed from the warship, undermined the British coastal battery guarding the entrance to the port of Newport. On September 6, another boat attacked a British blockade monitor, but was spotted on time and sunk by its quick-firing anti-mine guns. The attempt to ram the Russian destroyer in the Gulf of Riga, which was taken by 3 in November, also ended.

In 1918, the remaining “Fernlencotts” were converted to “pure” radio guidance from hydroplanes. The 25 in May was launched by a single attack of the "radio-cruiser", but it was unsuccessful due to the breakdown of the radio station on the gunner plane. Uncontrolled glider slipped past the target, and then self-killer worked on it.

In general, "Fernlenkoboty" significantly ahead of its time. The idea was good, but the lack of reliability of the then technology and the lack of time to debug it, did not allow this idea to be fully realized.
On the screen saver - the image of "Fernlenkobot", then - a drawing of "Erebus" with anti-torpedo caissons and a post-war snapshot of the same monitor without them. 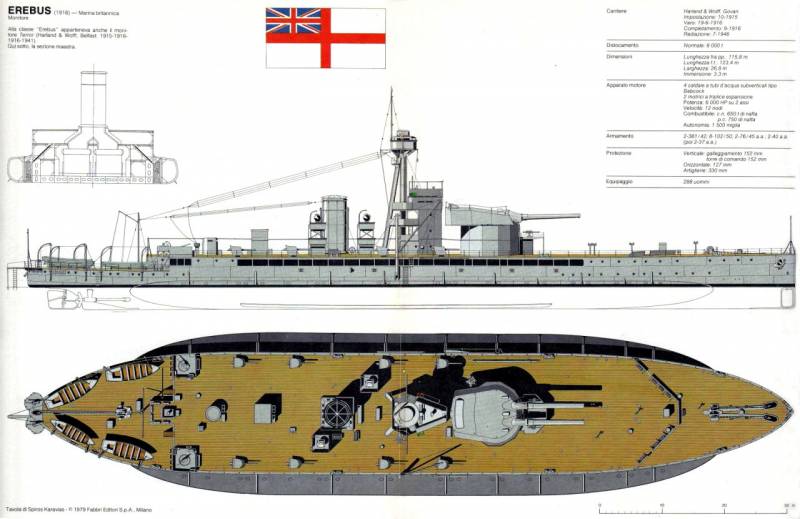 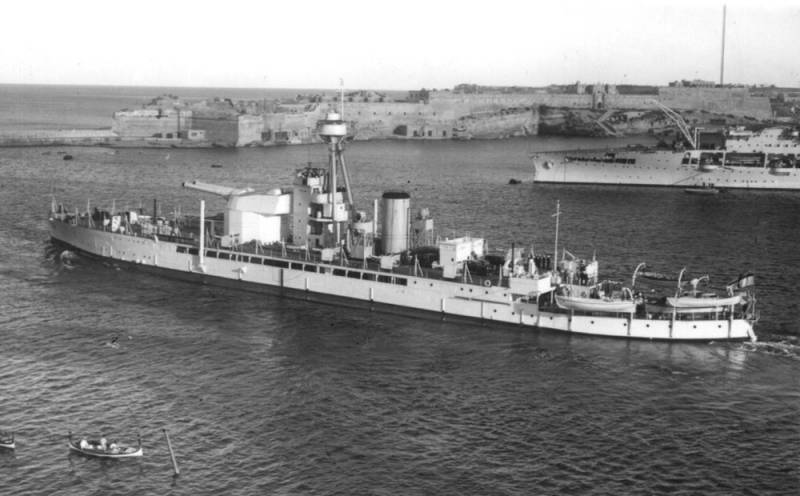 Ctrl Enter
Noticed a mistake Highlight text and press. Ctrl + Enter
We are
Coastal Warships: Modern ApproachSubmarine cruiser "Surcouf" - a symbol of the naval power of France
5 comments
Information
Dear reader, to leave comments on the publication, you must to register.