In Kiev, refused to consider getting rid of the Nazis in 1944-th liberation of Ukraine

October 30 2017
67
The anniversary of the liberation of Ukraine from the forces of Nazi Germany will be celebrated in the country as a memorable date for the "expulsion of the invaders." This proposal was made by the Ukrainian Institute of National Memory.


October 28 as the Day of Liberation from the Fascist invaders was installed in 2009 by Viktor Yushchenko, who then served as president of the country.

After October 28 1944, Ukraine did not become a free state, therefore the term “liberation” is historically incorrect. Consequently, the Institute of National Remembrance suggests using the term "expulsion of the Nazi invaders from Ukraine" instead of the combination "liberation of Ukraine"
- said the institute. 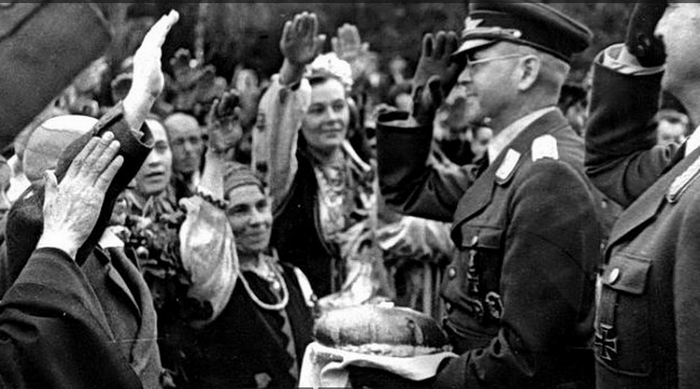 President of the country Petro Poroshenko in his Twitter microblog also refused to name the anniversary of the liberation of Ukraine.

Today is the 73-th anniversary of the expulsion of the Nazis from Ukraine. Honor and honor to those who saved the peoples of the European continent from Nazism
- he wrote.

In early May, the head of the Ukrainian Institute of National Memory, Vladimir Vyatrovich, made a proposal to make 9 May, when the Victory Day over Nazism in World War II is celebrated in the republic as a worker. The output, in his opinion, should be postponed to May 8 - Day of Remembrance and Reconciliation.

The Ukrainian Institute of National Memory is a state body subordinate to the cabinet of ministers of the country.

Ctrl Enter
Noticed oshЫbku Highlight text and press. Ctrl + Enter
We are
Companion Yanukovych proposes to judge Yushchenko for fraud with the supply of arms to Georgia
67 comments
Information
Dear reader, to leave comments on the publication, you must to register.