Defense Ministry announced its readiness to adopt the robot "Nerekhta"

October 30 2017
6
The Russian army plans to adopt the Nerekhta combat robot, said the head of the innovative research department of the Main Directorate for Research and Development (GU NID) of the Ministry of Defense Colonel Oleg Pomazuev.


“It will be applied in the current version. New robots come to the Armed Forces; they perform the tasks of reconnaissance, demining, fire fighting. In the future, in addition to these, the tasks of shock and assault will also be solved, ” Interfax Pomazuev words. 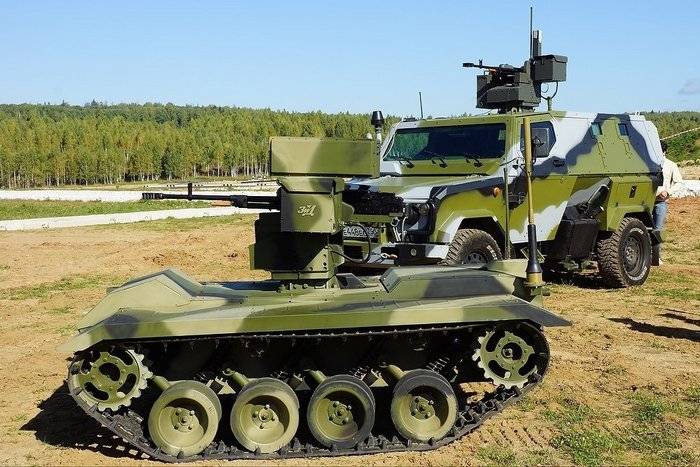 He noted that "Nerekhta" and some other combat robots had a good time to show themselves at the tests at the Alabino training ground, during which it became clear that in a number of indicators the robots surpass the inhabited land vehicles in service with the army.

Three modules have been developed for the platform: combat, transport, and artillery reconnaissance. The combat module in various versions is equipped with a 12,7 mm Kord or 7,62 mm machine gun tank machine gun "Kalashnikov" can also be additionally equipped with an automatic grenade launcher AG-30M.

Recall that earlier the Ministry of Defense planned to conduct comparative tests of combat robots "Nerekhta", "Companion" and "Uran-9", the results of which will be decided to adopt them.

Ctrl Enter
Noticed a mistake Highlight text and press. Ctrl + Enter
We are
The project of the robotic complex "Nerekhta"I fight for the electric body! Ground mobile robots on today's and tomorrow's battlefield. US Technology Overview
6 comments
Information
Dear reader, to leave comments on the publication, you must to register.