New US aircraft carrier is half ready


According to the shipyard, at the moment, the readiness of the ship is 50%, construction is carried out in accordance with the approved plan. Thus, the U.S. Navy will be able to get a new aircraft carrier in 2020. In addition, John F. Kennedy will cost the fleet $ 1,5 billion less than Gerald R. Ford (its construction cost almost $ 13 billion). 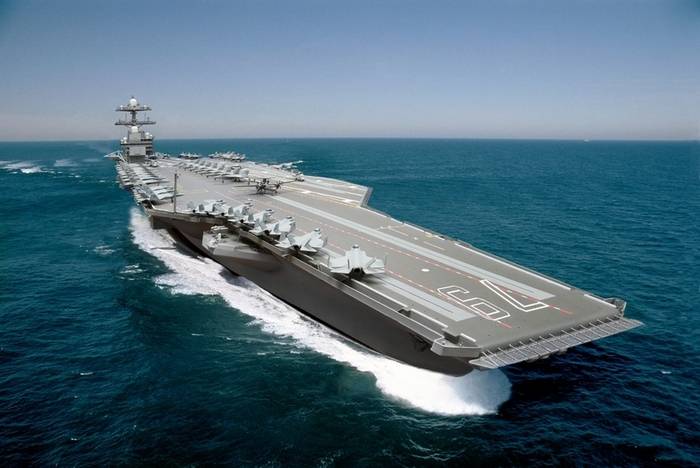 Gerald R. Ford aircraft carriers have a length of 337 m, maximum width - 78 m, displacement of the order of 100 000 t and are designed for 90 aircraft and helicopters. According to the technical description, on these ships it is planned to deploy the F-35, F / A-18E / F Super Hornet, EA-18G Growler aircraft, as well as the MH-60R / S helicopters.

The USS John F. Kennedy is the second in a series of ten ships of the Gerald R. Ford type. The new aircraft carriers will replace the Nimitz-type ships that have been in service since 1975. Gerald R. Ford - the third generation of nuclear aircraft carriers, carrying military service in the US Navy. The first of these was the Enterprise type, but due to the high cost of the ship, the program was limited to a single instance that served from 1962 to 2012 for the year (altogether six aircraft carriers were planned), "Warspot".

Ctrl Enter
Noticed a mistake Highlight text and press. Ctrl + Enter
We are
British armored vehicle modernization programsIn the US, the laying ceremony of the aircraft carrier John F. Kennedy
53 comments
Information
Dear reader, to leave comments on the publication, you must to register.