October 30 2017
27
Until the end of this year, the Black Sea Fleet of Russia will receive the third frigate of the 1135.6 project "Admiral Makarov", reports RIA News Post commander of the Navy Vladimir Korolev. 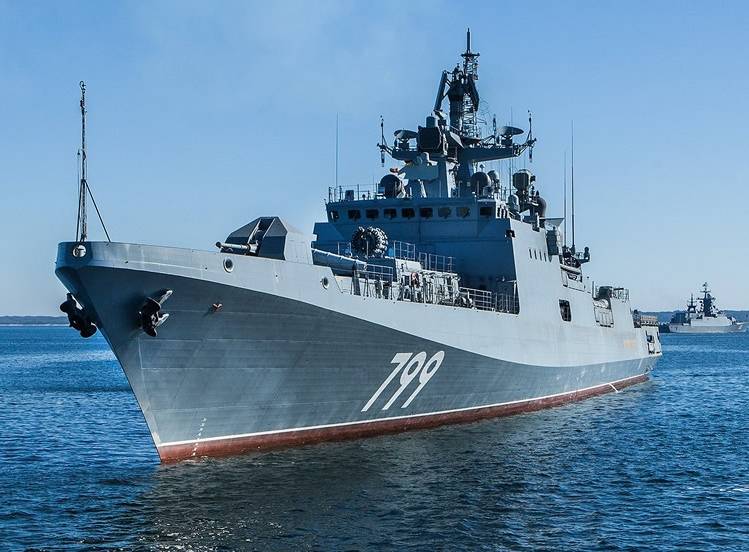 The guard ship "Admiral Makarov" was laid out at the Yantar plant in February 2012 of the year and launched in September on 2015. The first two ships of the series, the Admiral Grigorovich and the Admiral Essen, were handed over to the Navy in March and June of the year 2016.

According to the manufacturer, the ships are designed to "counteract surface ships and submarines, repel attacks of air attacks, both independently and as part of compounds." The frigates are equipped with universal missile and artillery weapons and modern radio equipment for anti-submarine and air defense.

The 1135.6 project ships have a displacement of 4 thousand tons, the travel speed is 30 nodes, the autonomy is 30 days, the crew is 200 people. They are armed with extended-range cruise missiles “Caliber” or “Onyx”, a “Stiel” missile system, an 100 mm caliber artillery installation, an “Anti-aircraft” anti-aircraft complex, torpedoes.

Ctrl Enter
Noticed oshЫbku Highlight text and press. Ctrl + Enter
We are
The newest IRC Chef "Vyshny Volochyok" is preparing for the running and state trialsIRC "Vyshny Volochek" arrived in Novorossiysk for testing
27 comments
Information
Dear reader, to leave comments on the publication, you must to register.