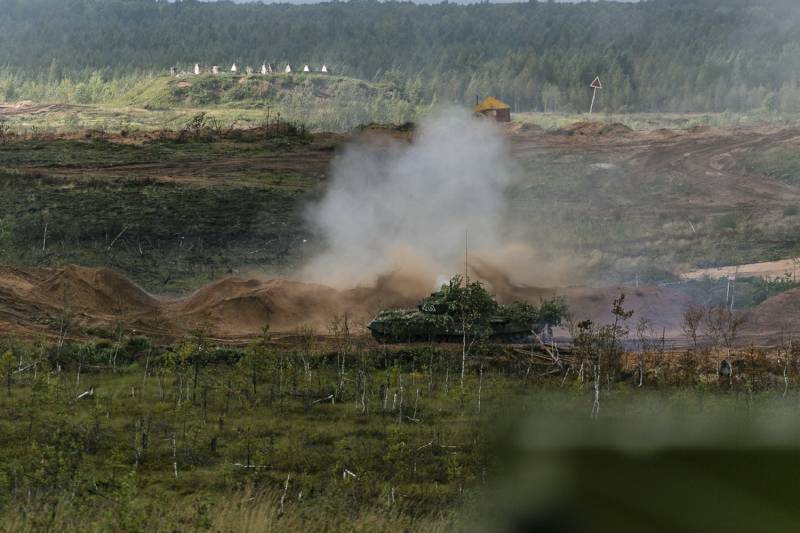 In the course of the exercises at the “Guardsman” training ground, the fire on targets that imitate heavy equipment of a conventional enemy was fired by tank crews continuously from the spot, with frontal and flank movement within one run of the route,
the report said.

It is noted that the dynamically changing tactical and target situation develops in the crew an operational response and the ability to act outside the box when solving a combat task.

The new method implements complex tasks for the crew: “in particular, the maximum range of firing from an 200-mm tank gun was increased by 125 meters - up to 2,2 thousands of meters, the aiming time was reduced by reducing the target display time, the shooting rate increased,” explained district.

Ctrl Enter
Noticed a mistake Highlight text and press. Ctrl + Enter
We are
T-72B3 tank carousel in the Chechen RepublicMotorized riflemen conducted exercises in the North Ossetian mountains, and tankmen shot at targets in the Volgograd region
18 comments
Information
Dear reader, to leave comments on the publication, you must to register.