US loses the Middle East and will soon lose Eurasia 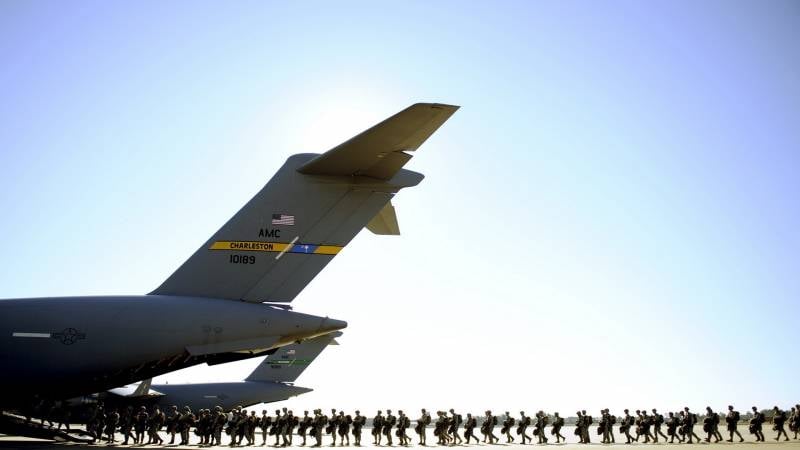 Who could have imagined 10 years ago that the United States would declare veiled ultimatums to Iran in response to large-scale military actions against one of its allies? It is already clear that Washington is clearly afraid of the consequences and is acting extremely cautiously, more than destroying the remnants of its authority in the Middle East. The region respects force, and therefore today Russia is quickly and driving the Americans out of here. And if it goes on like this, sooner or later, the States will have to leave Eurasia.

A series of continuous lesions.

2015 was a turning point for American foreign policy in the Middle East. It was then that Russia returned to the region, showing everyone that everything will continue to happen here, taking into account its interests. Then to many, including in Russia itself, it seemed an adventure, doomed to failure. There was a discussion of the topic: how the United States will punish the presumptuous Moscow? But exactly the opposite happened. 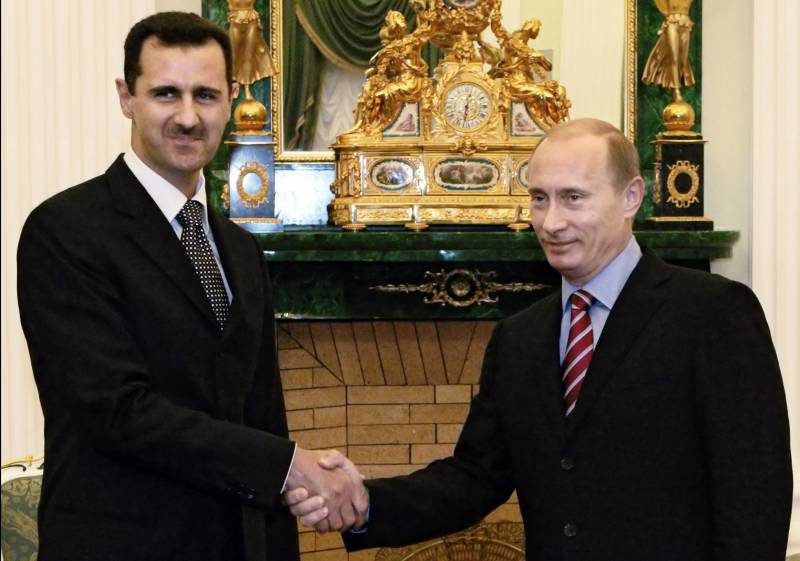 For two years, Putin has not only failed to get out of Syria, but also created a new political matrix of the region, where Washington is the “third odd”.

Moreover, it cannot be said that the United States was doing nothing and was not trying to turn the tide in its favor. Downed Russian Su-24, chemical attacks in Syria and flexing, all the usual American baggage of provocations and threats were used. But all these attempts were blocked by Russian military and diplomats.

As a result, we see that today practically all significant countries of the region, and especially Turkey, have rushed into the Russian camp. 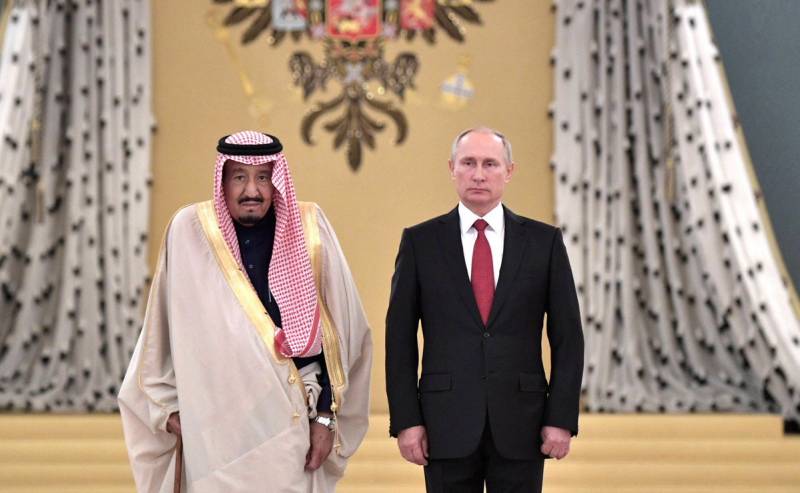 And the biggest annoyance of recent weeks for Washington was that their faithful ally in the Middle East, Saudi Arabia, actually washed their hands and showed that it is ready to cooperate with any winner, even if it is Russia.

Historical King Salman’s visit drew a line under decades of tough confrontation between the two countries and opened a new chapter in their relationship, which remains to be written. This will not happen immediately, there will be difficulties, but the most important step has already been taken.

As a result, American plans to reformat the region were at risk. Kurdistan, which the Americans have been creating for a long time and thoroughly, today is not only in complete surroundings and actual blockade, but also under the threat of physical destruction.

This became the red line after which Washington should have acted so as not to become a mockery. Why did the Americans, who ten years ago were the undivided rulers of the region, find themselves in such an unenviable position?

Blame the two-faced and contradictory foreign policy of Washington. First of all, the fall of its prestige in the world and specifically in the Middle East, the United States is obliged to themselves. The Arab Spring, which began in the 2011 year, pushed many old and experienced partners away from Washington.

Suffice it to recall the fate of the former Egyptian President Hosni Mubarak, who, thanks to his American allies, ended up in prison in his old age, and nearly ended his days in disgrace on the scaffold. And who is being tried in the US today for the 2001 terrorist attack of the year? The Saudi princes, when they agreed to help Washington in this matter, did not at all assume that they would be extreme.

And it was the State Department that blessed Islamic radicals to smash Egypt, Libya, Iraq and Syria to pieces. And almost everywhere they succeeded. It is the United States who are carrying out plans to restructure regional borders and actually dismember many countries in the region, including Saudi Arabia, Turkey, and Iran. 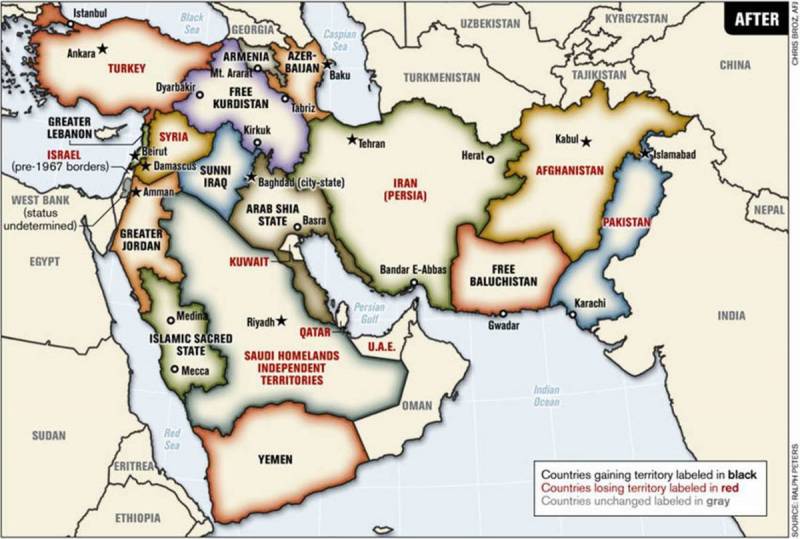 Is it any wonder that they have gone over to Russia? In my opinion, the question is rhetorical. Moscow, in turn, stands for the inviolability of regional borders. She is for returning peace and stability here, which in turn means for her the safety of her southern cordons. It is Washington’s policy and mutual interests that push the countries of the Middle East one by one “into the clutches of Moscow” today. So, Russia has returned here seriously and for a long time, and the United States will have to either leave or seriously make room.

The ultimatum sounded the other day from the lips of Acting Homeland Security Secretary Elaine Duke is an act of despair.

“Terrorist organizations, ISIL or others, want to carry out an explosion similar to the one they carried out on September 11. They want to shoot down the plane, the intelligence clearly speaks about it. ”

All those who need it, perfectly understood to whom this promise is intended.

Diplomats are warned about future terrorist attacks usually wrong, but through secret channels of communication.

Here was a hint to Tehran, if he does not stop, he will be accused of what he did not commit, as it was once before in the 2001 year with Afghanistan.

It is obvious that not only Moscow, Tehran and Ankara, but also the countries of Europe and the monarchy of the Middle East, are not thrilled by such a development of events. After all, a new big war will hit first of all on them. Berlin and Paris do not need new millions of refugees, and Qatar and Saudi Arabia do not need burning tanker torches and exploding gas carriers in the Persian Gulf.

It will be interesting to observe the development of events. Indeed, unlike the duped population, politicians understood Washington’s message perfectly well and will desperately try to prevent the start of a new conflict.

As a result, Washington can get the opposite result. Instead of returning his influence in the region and the allies, he can achieve even greater convergence of the positions of Russia and the countries of the Middle East. And it will be a real disaster for him.

Europe and the Middle East simply have no choice. They will be forced to make a closer alliance with Moscow and Beijing and attend to the protection of "New Eurasia", which many of them have since recently sincerely hated.

So, we see that the United States, having got into an unaccustomed difficult situation and without correctly calculating the steps of the enemy, makes a mistake after mistake. Obviously, the problem here is not in one or several wrong decisions. The problem is clearly systemic. And we will talk about this in one of the following articles.

Ctrl Enter
Noticed a mistake Highlight text and press. Ctrl + Enter
We are
Situational analysis of the death of the MH17 flight (Malaysian Boeing 777), made on the basis of engineering analysis from 15.08.2014Results of the week. “In our cooperative, the board is always agreed”
27 comments
Information
Dear reader, to leave comments on the publication, you must to register.