"Baba on board" APL - the end of the hell of everything 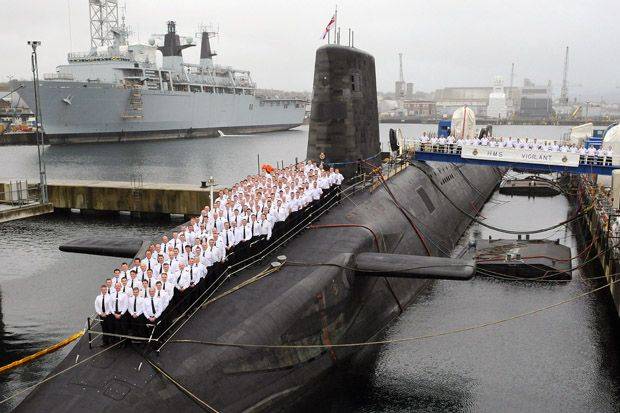 The British Defense Ministry lifted the ban on the service of women on submarines in 2011, but the first of them became a member of the crew of a submarine only in 2013. Today it is no longer known whether it was podgadali especially for "13", or it is rock (which is fatum), but it happened so.
And then it went according to the well-known rule: "A woman on board is in trouble."

From the British nuclear submarine HMS Vigilant ("Vigilant") of the type "Vanguard" (Avant-garde) fired nine soldiers. This type is prophetically called the "avant-garde" - the avant-garde is really happening on them. With them we will end the fascinating immersion into the world, closed in the carriers of the royal "yadren-loaves".

The last scandal with the dismissal of nine broke out the other day - and this is on the submarine, which is one of four nuclear submarines in the British navyequipped with trident nuclear missiles. Fired after a positive result on cocaine.

“We will not tolerate the abuse of drugs by the official staff. Those who have found a discrepancy with our high standards are dismissed from service,” a representative of the British fleet paranoid in the foam.

The drug scandal almost coincided with another scandal. It turned out that the submarine commander Stuart Armstrong and his deputy had "inappropriate relations" with their female colleagues right at the workplace. One of them maintained extramarital relations with the flight engineer, the other with the immediate subordinate.

But they have an excuse - where can they go from a submarine?

Junior Lieutenant Rebecca Edwards served on the HMS Vigilant nuclear submarine as an engineering officer. Everyone liked (or liked?): 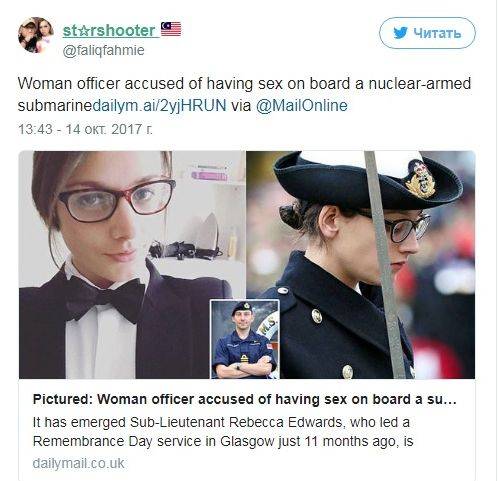 One of the sailors of the same crew is suspected of having sex with a prostitute in the pool right on board the submarine. Another one of the servicemen will appear before the tribunal for the absence of unauthorized persons to his “girlfriend”.

Well at least not to the boy.

The head of the British Defense Ministry was outraged at the latest scandal, which led to calls for drug tests throughout the fleet. Although drugs should be checked monthly with access to nuclear arms. Because with the advent of women in the Premier League, it only got worse.

In 2014, the nuclear submarine S 92 Talent (of the Trafalgar type) damaged part of the skin when colliding with a floating ice floe while tracking “the Russian ship”, and this became known only in April 2015. 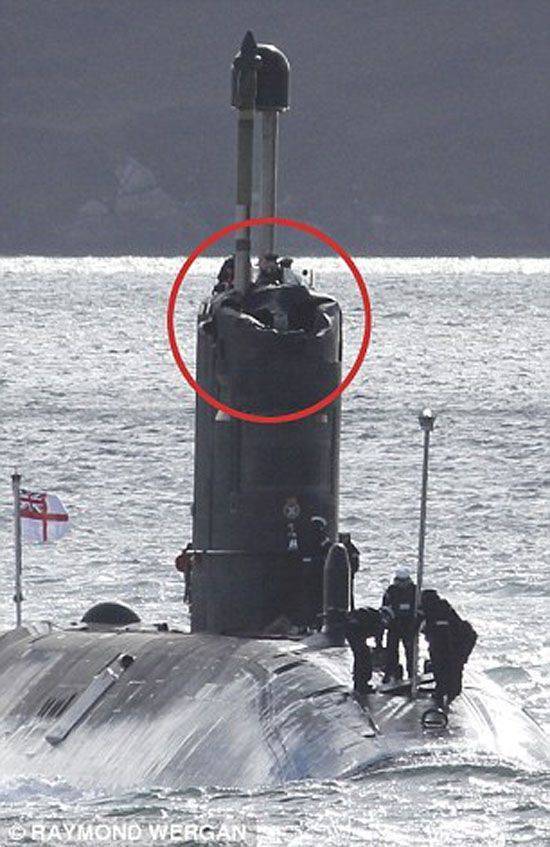 According to the British media, a hole with a diameter greater than 2 m appeared on the wheelhouse.

In 2015, the number of incidents with a nuclear power plant (AES) of the latest British atomic multi-purpose submarines of the Astute type increased. Compared to the year 2014, there has been an almost twofold increase in incidents of this kind - from the 12 to the 21 case.
20 July 2016, the British Atomic Multi-Purpose Submarine S 120 Ambush (second in the Astute type series, in line with 2013, commander - Commander Alan Daveney), in periscope depth, collided in the area of ​​Gibraltar in international waters with " merchant ship "and received serious damage: 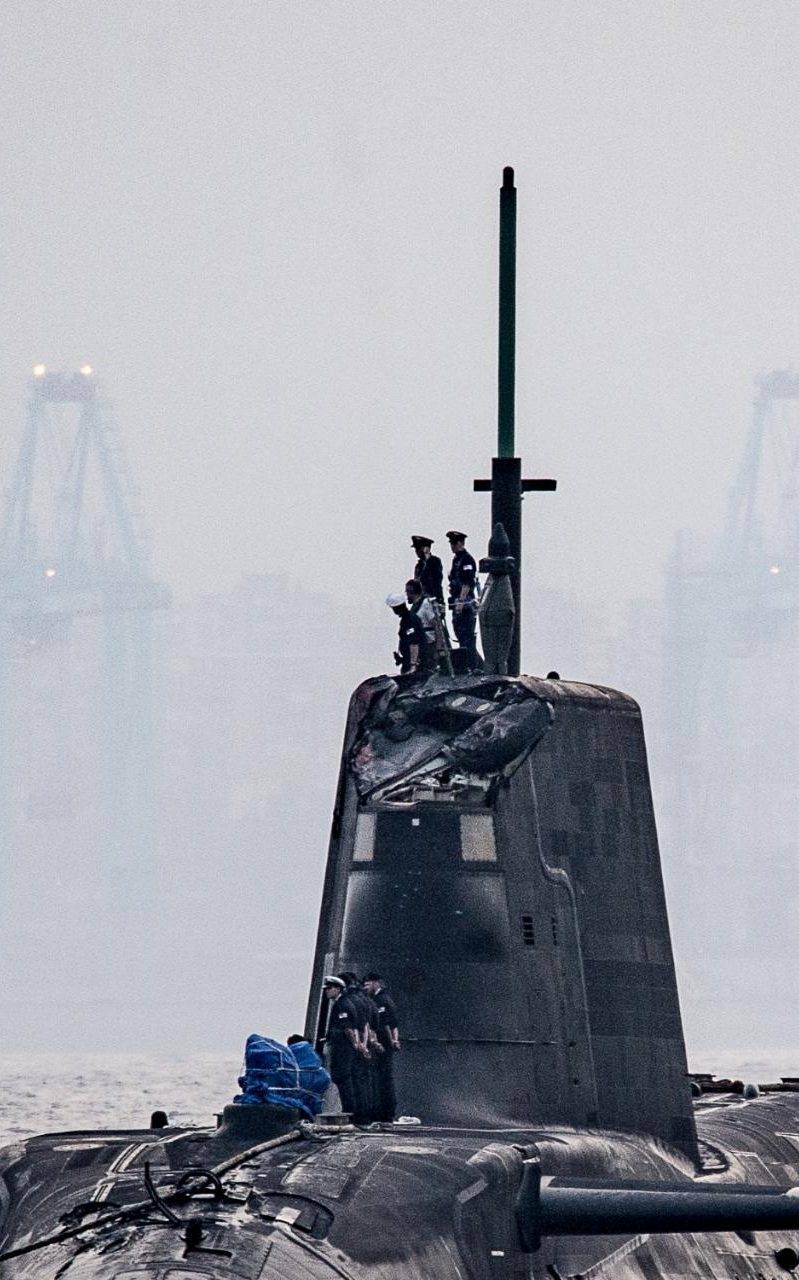 In just four years, there have been 69 recorded incidents, or an average of 17 per year (one incident per three weeks). These data were made public by the UK Department of Defense in accordance with the British Freedom of Information Act. The nature of the incident is not specified. But we are talking about "events that may lead to a decrease in the level of nuclear and radiological safety." 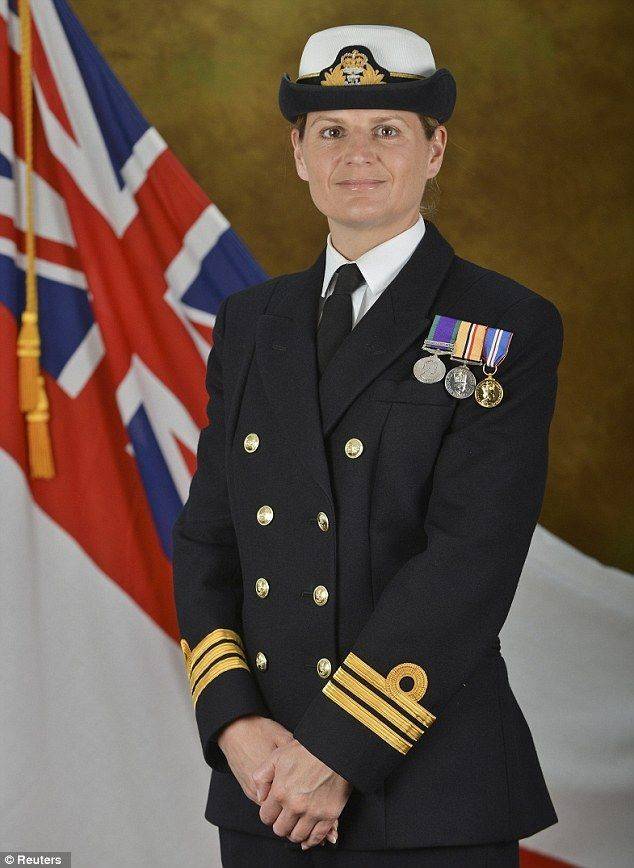 In general, after the Foreign Ministry of the Kingdom appealed to the United Nations with a request to change the word “women” to the people in the law on the protection of pregnant women (protecting the rights of transgender people), it is not surprising. Soon the nuclear button of Britain will be commanded by "middle-aged".

PS However, the last история (about Sarah West on Vanguard) has so far been published only with reference to a Belarusian source. And this is a great ocean power hardly possesses reliable information about what is happening on a distant, deserted island.

Ctrl Enter
Noticed a mistake Highlight text and press. Ctrl + Enter
We are
Express Edition: five out of six British submarines are being repairedAfrican arrows: British colonial troops became the basis of the armed forces of the independent states of Africa
58 comments
Information
Dear reader, to leave comments on the publication, you must to register.