October 30 2017
70
Almost 26 years have passed since the collapse of the Soviet Union, but looking back, the question constantly arises: was it not better for his people to stay together? And the answer, of course, cannot be unambiguous. 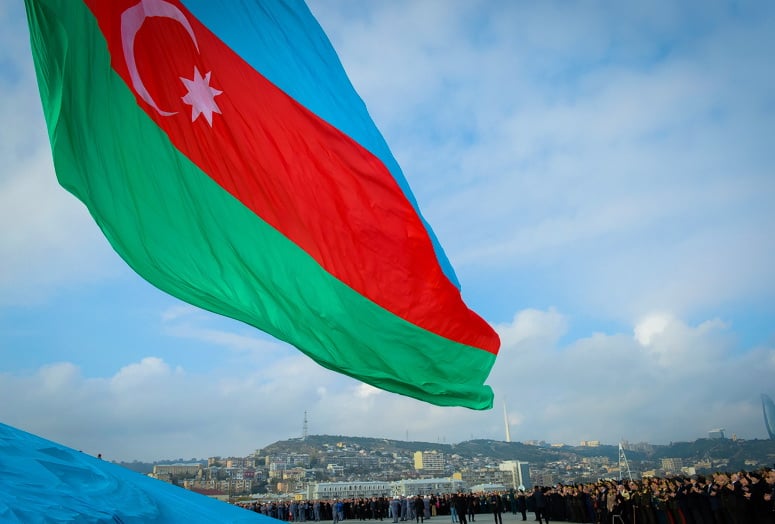 Pravda.Ru shared his point of view on the collapse of the USSR with First Deputy Chairman of the State Duma Committee on CIS Affairs, Eurasian Integration and Relations with Compatriots, Director of the Institute of CIS Countries Konstantin Zatulin.

- Do you think that Russia lost politically, but won economically from the collapse of the Soviet Union?

- Russia lost both politically and economically. Here it is necessary to compare both absolute and relative numbers. In a very long period, we could not reach the output of production, similar to what we achieved in 2013 year. There was an absolute drop in volumes, and even the destruction of the production itself.

- For the reason that, under the USSR, all the republics were in "one bundle", including the economic?

- It is clear that as a result of the collapse, there is no ground for prosperity or economic growth. The collapse can not lead to subsequent investments in the economy. And this, in turn, becomes a brake on the way of further development. Over time, any system adapts, and ours is no exception.

Against the background of a common misfortune, there are still certain positive circumstances: we were left with mineral resources, with oil and gas, which helped to fight the decline in living standards and production. But these industries also existed for a long time without renewal and investment funds. And in this regard, at the present time, they are only finalizing their potential, which was laid back in Soviet times. The investments made in them once were already repeatedly depreciated, and now, of course, it is necessary to have the means to carry out a large-scale reconstruction.

- And which republics actually benefited from secession?

- Azerbaijan is the only country that officially surpassed the level of 1990 of the year, but also exclusively by oil and gas production. All the rest, deprived of this pillow, of course, very much slowed down in development. Ukraine, which was a prosperous country from all points of view, today barely pulls out half of what it did before in terms of gross domestic product.

“But each republic specialized in something of its own ...”

“This is a very rough analysis, that one specialized in one thing and the other in something else. The RSFSR practically specialized in the entire product range. However, there were, of course, some insignificant industries where the RSFSR was not present. For example, in the Russian geographical zone, in contrast to Central Asia, cotton is not grown. And in this respect, of course, the republics with monoproducts found themselves in a difficult situation. Because they needed to find a new consumer of their products.

As for any other circumstances, such movements were noted, for example, reversed, or economic regression in different areas, which are generally very difficult to explain reasonably. For example, Moldova is currently importing tomatoes! That is, Moldova, which generally fed the entire Soviet Union with juices, fruits, vegetables, wine, does not even produce tomatoes now because it lost with the collapse of the Soviet Union market. As a result, the cities of Moldova were left without these vegetables and were forced to buy them in the European Union, that is, in Poland and Bulgaria. And this is just a shameful phenomenon, taking into account the traditions of vegetable growing in Moldova.

- Is it possible to turn the clock back?

- In my opinion, today it is unlikely to return to the past in the political sense of the word, that is, to create a state that — though not called the USSR — would include most of this territory ...

Today we are following the path of creating and developing economic unions with the expectation that they can gradually become more and more self-sufficient. Our interest is connected, among other things, with the need for a capacious market.

Experts say that the self-sufficient market begins to grow when 250-300 has millions of consumers. Today we have half of this number in Russia. And we, of course, as well as the Eurasian Union, and all others are trying to solve the issue of the Big Market, which would allow us to restore a whole series of lost or crisis sectors of the national economy. This includes, in particular, the aircraft industry, and a number of other economic areas, which until recently, when they began to develop again, were in a depressed state.

It seems obvious that this economic depression was associated with the collapse of the common market. Moreover, the process was going on not only here, but also on the scale of the entire Soviet Union. The same argument applies to the economic collapse of the Eastern European socialist states united in the Council for Mutual Economic Assistance (CMEA).

So, I remember that the Hungarian Ikarus factory supplied buses to all socialist countries. But today this enterprise does not exist. Or, let's say, in our Baltics, the RAF plant was known all over the country. He produced minibuses. This enterprise also disappeared. Or, for example, a factory that made electronics in Riga.

And in this regard, of course, attempts to restore cooperation are present, but today they are very difficult because of the barriers imposed by the creation of individual states. Often, new sovereign units pursue an independent and conflicting policy. Often they try to integrate into other niches, such as, for example, in the EU niche (the Eastern Partnership program).

And the matter is not only in the states themselves and their desires. In fact, there is a great desire of other players on the world market to pull down any disintegrated parts of the whole Soviet Union into their own system of coordinates. Of course, on subordinate terms: as a sales market, as a source of raw materials, etc. And in this respect Russia is also not free from problems and complaints. So, to recreate in such conditions is not what the Soviet Union is, but to create an effective economic union is a very difficult task. And Ukraine alone is enough for many integration efforts to be compromised.

- Can the CIS be considered a new embodiment of the Soviet Union?

The point was that in order to calm the masses of the population, who had recently voted in a referendum to preserve the Soviet Union, it was necessary to throw dust in their eyes, and say that "We are not destroying anything, we are creating!" or "We are not destroying the Soviet Union - we are creating the CIS!" This is a rather simple trick, but for many it worked, although not everywhere, since conflicts, as is known, accompanied the entire process of the collapse of the USSR, but were still local, peripheral, and not global, as, for example, in Yugoslavia.

- Do you have a feeling that Russia is repeating something? history THE USSR?

- If you mean the fact that Russia claims to have a significant role in the world and is a great power, which corresponds to the foundations of Russia, then of course! Inevitably, Russia, pursuing its national interests - new or edited after the collapse of the USSR - follows the path of restoring influence in the whole space, which is called Eurasian or post-Soviet. And in this regard there may be external coincidences with the Soviet past.

But at the same time, Russia, in fact, is building its economic system on completely different prerequisites - it has rejected the state ideology in the text of the Constitution, which today may be subject to doubts, but corresponds to the status quo. And she does not confess the former Marxism-Leninism as a guiding line. And in this sense, Russia is different from the Soviet Union.

And if we talk about whether Russia has modern national interests, then yes - they are, but the Soviet Union had them too! And they are set not only by the fact of Marxism-Leninism, but also by the location, character and self-sufficiency or not self-sufficiency of the national economy, as well as the place that the country occupies in the world. By virtue of this, Russia is simply sentenced to play a certain role because it simply cannot be otherwise!

- Do you regret in your heart that everything was destroyed?

- Not everything was destroyed, although a lot. Of course, I have such regret. And this I do not differ from the vast mass of the population of Russia - from those generations who remember the old days and lived in them. Because, of course, the degree of control over a person is completely different now and before. Before, it was much higher: you couldn’t very often express what you think, etc. I consider the change as positive. But, on the other hand, there was also the fact of involvement in a great country that was respected all over the world and which no one dared to subject to sanctions, and the head of this country - to gross insults.

Yes, of course, critical literature and films were issued to the USSR, but this is purely from the sphere of propaganda and not only ... Of course, there were objective reasons for such criticism.

The fact that today is the subject of the dispute is statements of the following category: “Here, we quarrel with the West over Syria or Ukraine; why it is necessary; we suffer from this; we are sanctioned from this; we must forget about it; we all agree and give a damn about it. " There is such a line. For me, this political line is unacceptable.

Ctrl Enter
Noticed a mistake Highlight text and press. Ctrl + Enter
We are
Integration barometerAstana should become the capital of the Eurasian Union: Nazarbayev’s reply to Putin
70 comments
Information
Dear reader, to leave comments on the publication, you must to register.