October 29 2017
94
The former president of Georgia, the ex-governor of the Odessa region, Mikhail Saakashvili, said that he appealed to the court Poroshenko’s decree on depriving him of his Ukrainian citizenship, reports RIA News. 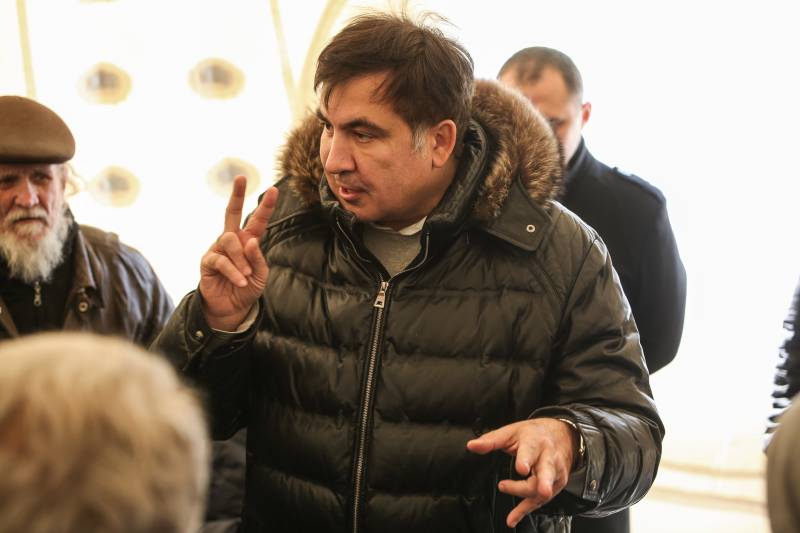 I appealed the presidential decree in the deprivation court. If any of you wants to go to court with me, let's go together to show that I'm not alone,
Saakashvili said today at the “people's assembly” in Kiev.

According to the politician, he does not intend to “take advantage of Ukrainian citizenship in order to get any position.”

According to the police, on Sunday, around 400 people took part in the “people's assembly”, and the order of 700 police officers followed public order.

“No incidents were recorded. Everything went without violations, ”said law enforcement officers. In a campground near the Rada, a few dozen people continue to protest. The situation in the center of the Ukrainian capital is calm.

Recall Poroshenko Saakashvili stripped of citizenship in late July, when he was in the United States. In Kiev, they explained that when receiving a passport, the politician provided false information about himself. In early September, the Prosecutor General’s Office of Ukraine began to verify the request of Tbilisi for the extradition of Saakashvili. At home, the ex-president has been charged in several criminal cases.

On October 25, the policy was presented with documents confirming the decision of the authorities to deprive him of his citizenship. Then Saakashvili said that he would appeal to the court to appeal the presidential decree.