And we argue, I will find, for what you will be obliged to pay me a tax?

October 30 2017
49
Somehow we often began to encounter animals. You walk down the street, and it, this is the animal, to meet. And proudly so strides. On the human sidewalk. And next to the slave-man goes. No, of course, this same person believes that he is the owner of the animal. But the animal knows who is who in this world. And most importantly, at a time when there are thousands of hungry children on the earth, old people and these women, animals, such as pets, are eating fat. Eat, you know, just like adult people. 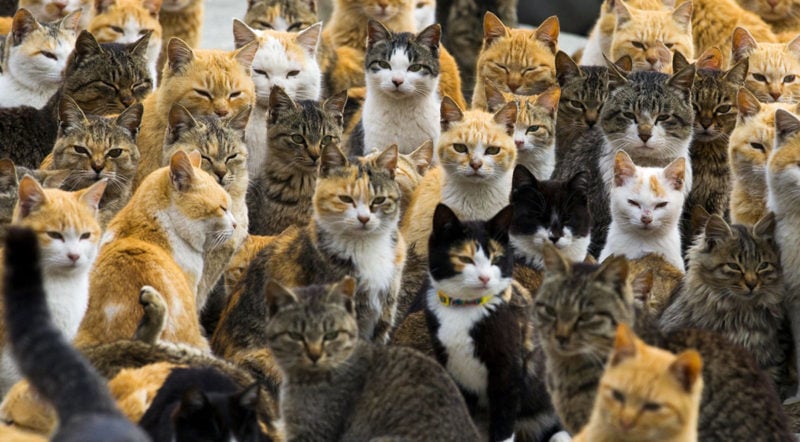 And wild? I, of course, in a city with wild animals a little face. More with wild people, and the rest? .. I imagine a person is going to, for example, go to the theater or have a talk, a drink, a snack, a show. Goes outside - and bam ... A wild pigeon "bombards" a handsome man with jeweler's precision! Or wild crow brazenly caws. Like, dressed up, they say, an idiot. Well, it's a shame.

In general, it is time for Russia to take an example from Square Ukraine! I was sent here a copy of the bill number 7220, which is registered in the Rada. Balsam for the soul of the beast-hater and the humane. I read, and a tear of emotion rolls down the unshaven cheek. This is a concern for people! This is the attitude to nature! And we argue about some kind of "Matilde". Yes, God is with her, with this Matilda. Died and died. "The dead are not shameless," so like Prince Svyatoslav addressed his soldiers before the battle with the Byzantines in 970 near the city of Dorostol. But about the bill. So that you are glad.

Everything! Enough for Ukrainian cats, dogs and other ferrets to walk not covered by the state! Land, I apologize, foul. Products devour. Air breathe. Also produce their own kind! And all without control, accounting and payment of all taxes. In the ATO does not send, and sausage and fat crackle. In short, there were smart people and ...

All cats, dogs and all other creatures of a non-human species must be registered! And not just stand up, but also get the chip under the skin! So that the state clearly understands which of the animals, especially in the border areas, is a saboteur and a padded jacket. And then the frontier guards report that Ukrainian cats run to the aggressive cats for dates. Spread Square seed for fertilization of enemy females. Well, and vice versa. Separatist cats penetrate Ukrainian territory and undermine the foundations of the state with cats "with reduced social responsibility."

The national police, according to the bill, will make special round-ups to detect such illegal pregnancies! Remember in Dog Heart? This is how it will look like! Catch the beast guys in body armor and affectionately ask: "And you from whom with the belly go here?" And the cat they document in the face. "On, look. Most of all there is a real cat. You can say, the participant of the ATO!" Well, those without a document ... You understand. Shooting at the nearest wall.

And do not about cruelty! Now, again, according to the bill, the shot will not be thrown into the garbage. Now, when the beast becomes state, it will be buried in special cemeteries, memorials! No options. Imagine such a procession? From the village of Gorishny Zady to Kiev the motorcade is going to bury the cat in the memorial. Europe!

“The Ukrainian will not be able to bring his pet to the earth himself. After the cat or dog dies, the owner will immediately notify his veterinary clinic. The corpse of the animal will have to be handed over along with the previously obtained passport and license plate indicated on the token. A funeral cat or dog must to carry out exclusively in cemeteries for animals and in crematoriums, which will be created at the expense of local budgets. "

You think everything that I wrote is a hunch in the author's "beast-hate" head. Dudka. At the heart of the bill is a great idea to register pets in the Ukrainian version. Why should the authorities discriminate animals in the country? All animals are equal! So, according to the deputies' thoughts, everyone must be registered and ... paid for! In terms of taxes and other fees.

And here comes the concern! Not only animals, but also about people. The state undertakes the hardest work! We need to learn from Ukraine. And what work is harder? Bring your own cat to the clinic and register or catch a wild squirrel in the Carpathians to push the chip into it? That's the same thing. The state will, at its own expense, catch and chip wild and stray animals! And then also pay taxes for them!

The main thing, now also the age of this squirrel or crow must be clearly known. To not violate the law. Up to 2, months can croak freely. Then everything. Without registration it is impossible. By the way, if a Ukrainian is foolish, after the adoption of this law, buys an animal, he will be obliged to register a beast in the 5-day period. Otherwise fine. A cat or dog will receive its registration number for life and will be a full citizen ..., no, a resident of Ukraine!

Why register? And there is no money. And the state quickly organized a source of income! 180 hryvnia for registration and 70 for correcting errors in the records. But, in the fair world of the Central Europeans, not everyone will pay. Chernobyl victims, invalids of the Great Patriotic War, participants of the ATO. disabled 1 and 2 groups, public organizations, state and local authorities will not pay.

Okay. Registered, money laid out and everything? And here again the pipes! And who will pay birth to cats? According to the world organization of cat conservation, more and more cats at childbirth are experiencing various problems! Therefore, according to the bill, all deliveries will now take place in clinics! The price of such kind you know. So all of these mongrel-litter litters stories. In Ukraine there will be only purebred animals to live! And those clever Ukrainians who will give birth at home will run into a fine, or imprisonment for up to 6 months!

By the way, about fines. Pets are a great way to take money. Agree, there is no owner of a cat or dog, who among the neighbors would not have enemies. Even canary owners have enemies. Sing because, bastards "egg-painted." Snakes all in terrariums look and poison hoard. Even the cockroaches are huge. And what if they run away from the owner? In short, I will list the fine sentences:

- killing pregnant dogs and cats or putting them to sleep in the presence of children (where interesting such savage parents live) -the article of the UCU 299, the UAH 850 fine, or the arrest up to 6 months;

- sale of cats and dogs without documents - 340-20400 hryvnia with the confiscation of an animal.

I understand that the bill for many causes a mixed feeling of disgust, some kind of unreality and laughter, but there is one point in it that is really interesting. This is without banter and irony. We in Russia for several years fighting the problem of "fighting" dogs. By what criteria to determine them? What dogs are really dangerous, and which just got "under the distribution."

Ukrainians offered their list of such breeds. And the approach is slightly different. Do not prohibit, but investigate and give an expert assessment of the danger of each dog separately. Simply put, each dog of these breeds must necessarily undergo a psychiatric examination. You must admit that there really is something in it. Because this item will bring in full.

So what do you think? An excellent bill, especially for a country where the majority of the population lives in small towns and villages. Where a dog or cat is valued not for the exterior or belonging to some kind of tribe, but for working qualities. The cat must catch mice and rats. Dog guard or, on the contrary, help to find.

I foresee comments like those that constantly appear from the side again of my “regular admirers”. "Brad. In Russia, too many idiotic bills. Author, look at Wikipedia. He's a patriot." Moreover, I understand the deputies. Solve two problems at once in one fell swoop. It is very tempting to create a breeding nursery of pets across the country and increase the tax base of the state.

If such a bill is adopted, it can be realized, according to the deputies, within 3-4 of the month already. Almost immediately. And the money will flow into the budget too immediately. But is it really? In the current realities of Ukraine? Does this remind the Chinese company for the destruction of the sparrows, as enemies of the Chinese people, who eat the grain of the harvest? What happens in real life? Not invented? People just start killing animals, not to pay. Just kill.

I doubt that there are many thoroughbred dogs and cats in Ukrainian villages. But outbred mice and rats are many. And when their natural mustache and meowing enemy disappears, chaos will begin. And not the grain Ukrainians will pay for this mouse "chaos", and their own lives. After the adoption of the law on medical reform ... But there is also a fox "lawlessness" with distemper, from which those same stray dogs are saved. And human chaos, especially in the villages, when "ATO veterans" are robbing peasants under the brand of protection against other robbers ...

So is it worth it? A beautiful project for the destruction of animals that have lived for centuries and still live next to a man ... It’s time to recall the very butterfly that the science fiction writer once described ...

Ctrl Enter
Noticed a mistake Highlight text and press. Ctrl + Enter
We are
Reports from the militia of New Russia for 27-28 September 2014 of the yearResults of the week. "Well, do not change me because of every idiot!"
49 comments
Information
Dear reader, to leave comments on the publication, you must to register.