The guarantor of the world or what? Turkish inconsistency in the Syrian conflict 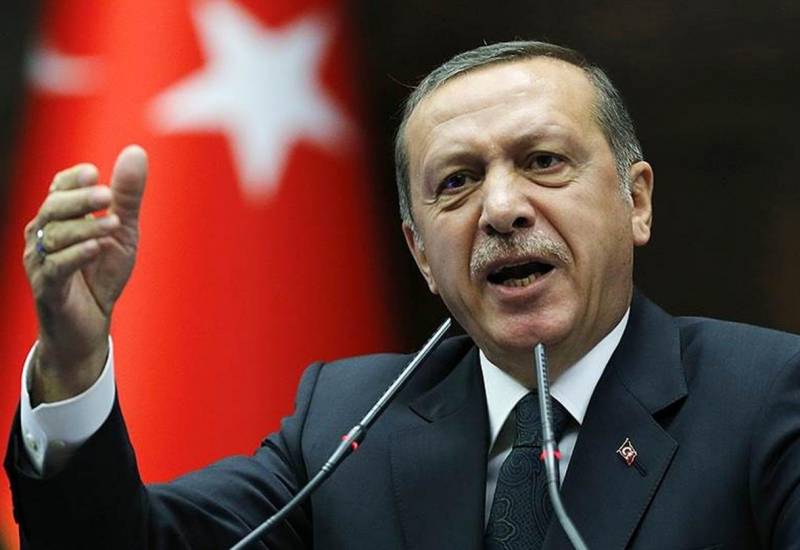 The North of the Syrian Arab Republic has now become the center for the development of very disturbing processes, the catalyst of which is Turkey’s actions.


According to the agreements reached in Astana by Moscow, Tehran and Ankara, the latter enters its troops into the territory of Syria in order to exercise control in one of the de-escalation zones located in the province of Idlib.

On the one hand, the Syrian crisis is difficult to solve without the participation of Ankara, which pretends that it fears that civilians held in the northern provinces of Syria will try to go north to Turkey as soon as possible (by the way, militants can act once came from its territory). On the other hand, a paradox arises in which the country, at one time openly supporting the militants, in the other - silently watching their actions and helping them indirectly (in transit and non-interference in supplies), now plays the role of a peacemaker and an observer, defending exclusively their political interests .

It is not difficult to imagine that the introduction of troops into Idlib by Erdogan is only a development of a plan to support forces opposing the regime of the legitimate president of the SAR, Bashar Assad. Also this demarche can serve to aggravate the deep contradictions of Syrian society. An example is the position of Damascus on the Kurds and the prospects for their self-determination. Official comments are already coming out of the leaders of the Kurdish militia, in which they announce that they will not allow Turkish troops to occupy the north of Syria. They call the occupation of Ankara an occupation because of the number of troops and the dynamics of its increase. What is this if not a provocation by Turkey?

The Kurdish issue one way or another will be resolved by the team of Bashar Assad. The form of this decision is a matter that lies mainly in the competence of Damascus and does not concern third countries. But now everything is being done to negate all the existing progress in relations achieved by unrecognized Kurdistan and Syria. After all, if Turkey behaves in Idlib and Aleppo as an occupier, Kurdistan has nothing to count on. And if he has nothing to count on, this is a direct path to the next wave of tension and armed confrontation.

It seems that some players in the region are quite comfortable in the realities in which the war in the SAR does not extend beyond its borders, but it does not subside and does not even stop. Maneuvers are being sought that periodically fan the flames of conflict, when prospects for its redemption appear, and a policy of non-intervention is demonstrated when the conflict is at its apogee. It says a lot that Turkey’s increasing military presence in the region will lead to an escalation of violence and the initiation of clashes at least between the Turkish army and the people's self-defense units of Western Kurdistan.

Ankara, however, should take into account that now she is a direct participant in the conflict, and not a player making moves from the outside. This form of presence will cost her much more in all senses, and the success of these actions for the country will directly depend on the prospects of the Turkish leader, who managed to create conditions for revolution in the country without direct participation in a military conflict.

Ctrl Enter
Noticed oshЫbku Highlight text and press. Ctrl + Enter
We are
About Stalin and KhrushchevWhat you didn't want to know about England
Military Reviewin Yandex News
Military Reviewin Google News
13 comments
Information
Dear reader, to leave comments on the publication, you must to register.