Matios: non-combat losses of the Armed Forces of Ukraine since 2014 have exceeded 10 thousand people

October 28 2017
73
According to the Chief Military Prosecutor of Ukraine Anatoly Matios, non-combat losses of the Armed Forces of Ukraine and other militarized formations from 2014, when the military operation began in the Donbas, have now exceeded 10 thousand people.

I now want to voice the terrible statistics, which no one talks about. Since 2014 of the year and so far in the ranks of the Armed Forces of Ukraine (APU) and other units that protect the country, 10 thousand 103 people died as a result of irreversible and sanitary losses, that is, not from the fighting
- He said on the TV channel Zik. 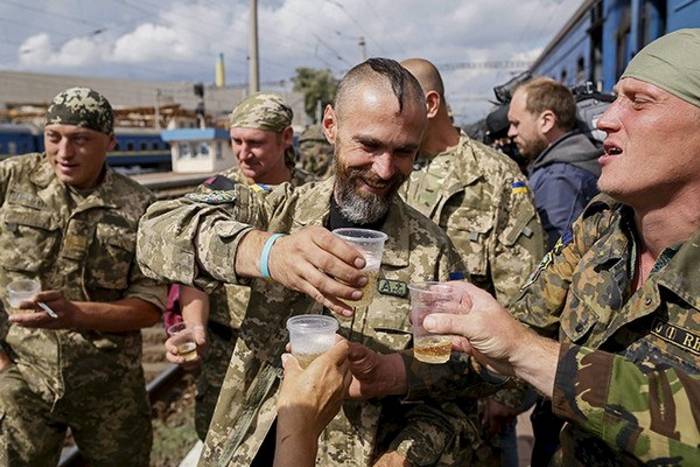 Matios acknowledged that "two full-fledged brigades died" only because the military did not fulfill the requirements of the charters and instructions or committed crimes, including against each other. He also stated that up to 360 thousand participants in a military operation in eastern Ukraine suffer from post-traumatic syndrome.

The state has lost credibility among society as a whole, and among the military in particular. Consequently, the people no longer believe the representatives of the authorities whom they chose, because the state cannot protect its people.
- stressed the chief military prosecutor.

Combat casualties of the Armed Forces of Ukraine for all the time of the military operation in the Donbass, according to official data, are about 3,8 thousand people.

Intelligence of the forces proclaimed by the Donetsk and Luhansk People's Republics (DPR and LPR) regularly reports about the absence of discipline in the units of the Armed Forces of Ukraine, cases of looting and violence against the peaceful population of the region. In addition, in the ranks of the Ukrainian army, there was an increase in casualties as a result of alcohol abuse and reckless handling. weapons.

Frequent causes of death and injuries, according to the republics of Donbass, are also armed clashes between military personnel and militants of the nationalist battalions that are in the Donbas, reports TASS

Ctrl Enter
Noticed a mistake Highlight text and press. Ctrl + Enter
We are
Matios: A huge group from Russia invaded Ilovaisk
73 comments
Information
Dear reader, to leave comments on the publication, you must to register.