Europe completes its "circle of sansara" 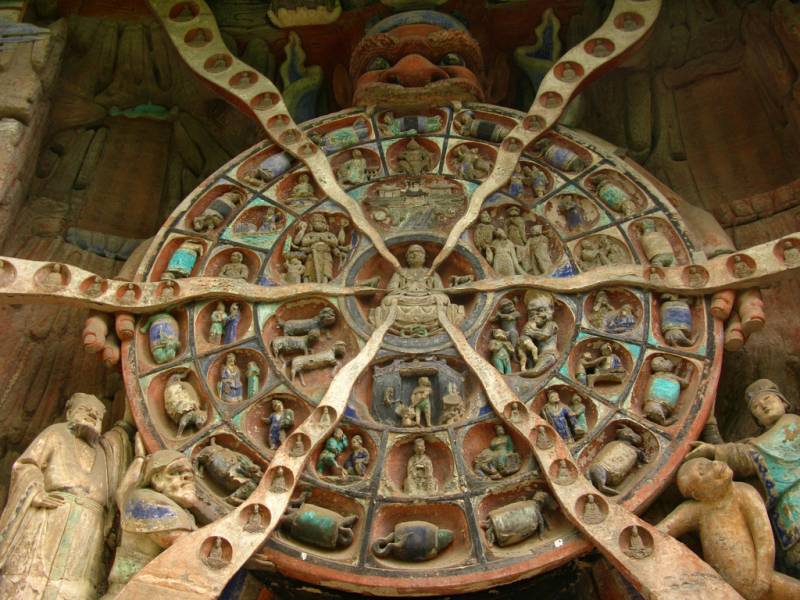 Looking at the problems of today's Europe and the world, very often involuntarily recall various historical events. "Events" is not as a "fact", but as a historical process, which, sometimes, lasts for many decades, if not centuries.


It is clear that from the point of view of politicians, analysts, and indeed any sane person, it is not reasonable to compare or look for the relationship between today's events and historical events that occurred more than a century ago. After all, the prerequisites and causes, actors and epoch, the “historical cut” are all completely different. The only one thing is the scene: historically similar events, as a rule, take place on the same “arena”. But if you treat these events for a moment as the “circle of samsara” - the repeated cycle of birth and death - then you can find a lot of interesting and, sometimes, funny details.

And we’ll talk about this cycle of history.

Today we will discuss the fall of the Roman Empire (476 year AD) and treat this event not as a fact, but as a process similar to the one that is happening in Europe today.

In the last centuries of its existence, the Roman Empire actually controlled the entire “big Europe” (“big Europe” means the European continent, Asia Minor, the Middle East and North Africa). Rome fell in 476 AD after its capture by the chief of the barbarian mercenary unit Odoacer (to restore historical justice, we note that it was a complicated and complicated story - even an intrigue to overthrow one emperor and “land” in his place of another - but in the end the result was simply a seizure of power).

Barbarians, mercenaries for Rome of that time were common, in recent decades, Rome (as a state) practically ceased to replenish its army by the Romans and hired barbarian mercenaries, creating so-called "federations" - barbarian tribes who received borderlands for their military service. The federations appeared as a military response to the aggression of neighbors, who every year more and more often invaded the Roman lands. At different times they were different neighbors: the Huns, Goths, Vandals, Bulgars, Franks, etc. It is possible to list these tribes for a very long time, but the essence is the same - the Roman Empire, because of a whole complex of problems, decided that it was easier, as Napoleon said, to “feed someone else's army” rather than rebuild one’s own. The degradation of the “Roman war machine” reached such a scale that practically the whole army was either barbarians living in the territory of the Empire, or mercenaries-barbarians, and Rome, respectively, simply could no longer defend themselves.

Naturally, at some point, the mercenary barbarians gained such power with which they could simply usurp power in the country, which is what happened on 4 of September on 476 of the year (by the way, there were several attempts before, both successful and not). power, just Odoacer overthrew the last emperor of Rome, Romulus Augustus, and became the first king of Italy).

And here you can make a very interesting comparison: today the state of the armed forces of European countries leaves, to put it mildly, much to be desired. In Europe of the 21st century, it is possible, as the saying goes, "to count on one hand" countries with a really strong army: Turkey, France, Great Britain, with a stretch Germany and Italy, and, behold, the list ended.

According to the Europeans, in terms of coexistence next to objectively, the aggressive neighbors represented by Russia, Iran, ISIL (banned in the Russian Federation), most European countries have chosen, let's call it that, “the Roman way of protection”. Of course, no one creates "fedets", as Rome did, and does not invite barbarians (perhaps, taking into account the flows of migrants, we can say: not yet inviting!), But Europe is happy to feed the NATO army (mainly the US army, or "cross" - the Baltic countries and Poland - Germany, etc.), not theirs. Of course, there are objective reasons, ranging from historical, economic and ending with the fact that “feeding someone else's army” is easier than developing your own, and less responsible.

Accordingly, the situation sooner or later will simply repeat historically - the United States, represented by NATO, realizes that the EU does not have a real army, and since there is no military force, why should we consider this phenomenon?

And if now the EU can still oppose any decisions of the United States, then the situation may soon change drastically. By the way, we note that the "guests" in foreign territories military units mainly conduct exercises not with the army, and police tasks!

Another very interesting historical, to some extent associated with the employed by barbarians, the factor of comparison of Rome with the current situation is the corruption of the society of the Roman Empire.
The Roman Empire, or rather the Roman society was built on a variety of postulates, one of which was the status of a “citizen”. Every citizen of Rome (in the presence of multiple rights: from immunity to the right to vote) was obliged to defend his country, and this was considered an honor and a supreme good.

At some point, Roman citizenship - the desired right to which everyone aspired, was given to all free citizens of Rome (the term “citizen” meant all living free people in the empire). This was made by Cetimius Caracalla (in orbe romano qui sunt, cives romani effecti sunt) in 212 year (to restore historical justice: this date cannot be considered unequivocal since there were a number of reforms that consolidated the new position of citizens). Interestingly, some historians consider this event a turning point in Roman history.

Nota bene in the fields: one of the main privileges of a citizen of Rome was the right to defend his country in the event of war, and it is important (!) That it was a privilege, not an obligation. Accordingly, this status simply lost its sacral meaning, which subsequently led to a religious and civilizational crisis, general cultural decline (including in literature, and in art, and music) and the subsequent barbarization of the empire. Simply put: nothing new was created, and the old was destroyed.

But, most importantly, Roman society became divided in religious terms. The barbarians brought their cults, and the Roman cult lost its popularity, but the most important thing was the birth of Christianity, which finally divided Rome.

The emergence of Christianity throughout the Roman Empire gave rise to the struggle of paganism with a new religion. We will not go into the details of the persecutions of Christians (and later the persecutions of Christians against pagans), but let's say that the confrontation ended with the edict of Milan (313 year AD), which declared toleration throughout the Roman Empire, while creating a certain religious vacuum - paganism has already lost, but Christianity has not yet won.

By the way, the edict spawned many atheists for whom the religious question was not important at all.

It should be noted here that the Roman society was built, first of all, on patriotism, on belief in the Roman pantheon of the gods, and not on any other, and on the special status of a citizen of Rome. As soon as all this was lost, the Roman identity was destroyed.
And here again involuntarily comes to mind the present - the XXI century.
Today, European society is divided, both religiously and culturally.

In the field of religion in Europe, things are bad - there is a clear vector for the atheization of Europe. Which, taking into account history, means the focus on the destruction of the foundations of European society, since it is Christian values ​​that lie in the foundations of European society. And one can argue a lot about the fact that European society ceased to be Christian after the French revolution - liberté égalité fraternité - and the century of humanism, where man was declared the highest value, but, in fact, the values ​​did not change much over the centuries. Today, there is a departure from historical ideals. And this led, as in the Roman era, to a religious vacuum: European Christianity in the person of Protestants of all stripes (namely, Protestantism determines the capitalist mentality) has historically lost (the term “lost” is not quite correct, rather “discredited” itself), at least by allowing same-sex marriages, in addition to destroying traditional family values ​​that are more important for Europeans, in addition to religious ones. The new “emanation” of European Christianity has not yet arrived and is unlikely to come. And because of the huge number of migrants, it is very likely that the future European religion is Islam.

In fact, the process of the corruption of Rome and its subsequent barbarization did not end with cultural and religious decline, it is a very complex and multifaceted process that lasted not just a decade, but several centuries. But more about that another time.

The examples of Rome and today's Europe, which are so different and at the same time similar, give us reason for thinking: is history really cyclical and everything returns to normal?

Ctrl Enter
Noticed oshЫbku Highlight text and press. Ctrl + Enter
We are
About Stalin and KhrushchevWhat you didn't want to know about England
35 comments
Information
Dear reader, to leave comments on the publication, you must to register.