Ram in the night sky of Barcelona 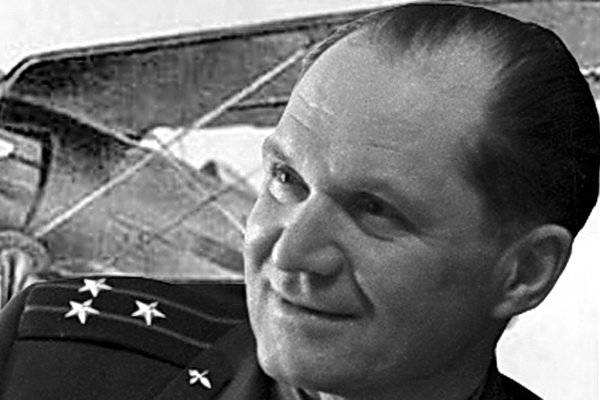 The ram which was made by the Soviet pilot Yevgeny Stepanov on October 25 1937 of the year during the Spanish Civil War, became the first in stories night ram

When the civil war broke out in Spain in 1936, the insurgents led by General Franco were supported by the fascist regimes of Hitler and Mussolini.

Despite the fact that the United States and Western countries proclaimed a “policy of non-intervention” in the Spanish conflict, volunteers from 54 countries of the world, including from the Soviet Union, came to the aid of the legitimate government of Spain. Along with military advisers in Spain, there were military specialists, some of whom were directly involved in the hostilities.

Soviet fighters fought under Spanish names. It is known that 772 was used in military operations by Soviet aviators who fought on Soviet aircraft - I-15, I-16, SB, P-5SS, R-Zet (PZ). Like the pilots, the Spaniards called the Soviet combat vehicles by their proper names, for example, the I-15 was named Chato, i.e. snub-nosed, and the R-Zet - "Natasha." Total USSR handed over Spain 648 aircraft.

Supplies of military equipment and weapons made on the basis of statements of the republican government, sent to the leadership of the USSR. The planes arrived in Spain by sea, disassembled, and were assembled on the spot by Soviet technicians.

And although initially the operation to provide military assistance to Spain was kept secret, the enemy became aware of Soviet deliveries. Francist aviation regularly bombed ports of arrival of goods and at the same time built up forces at the expense of allied Germans and Italians.

The sky of Spain for the Soviet pilots was the space in which they first met with the Nazis. For almost two years, from the end of October 1936 to the middle of 1938, as part of an international squadron, they will beat the fascists and francoists over the Iberian Peninsula.

Despite the fact that the planes were inferior to the enemy aircraft in a number of technical parameters, the Soviet pilots accomplished real feats, which was deservedly noted by the opposing side.

“Tough and self-assured by nature, they coped with many difficulties,” the German general, Walter Schwabedissen, gave this description to the Soviet military.

If you get acquainted with the chronicle of the hostilities, we will actually see daily examples of the professionalism, courage and bravery of our pilots. Lt. Yevgeny Nikolayevich Stepanov became a participant in one of these fights that went down in the history of military aviation. Stepanov fought in Spain in August 1937, as part of the Squadron I-15, which was under the command of Anatoly Serov.

October 15 plane Eugenio Kamarada, as the Spaniards called Evgeny Stepanova, was among the 20 aircraft struck at the airfield Frankist aviation Garapinilos at Zaragoza. And 10 days later, he made the first ever night ram, knocking down an Italian Savoi-81 bomber (SM-81).

On the night of October 25, Stepanov, together with Ilya Finn, carried night combat duty at Sabadell (a city in 25 kilometers from Barcelona). At five o'clock in the morning he noticed a group of Savoy-81 bombers on their way to Barcelona. The lead captain Nikola Ruggieri bomber carried incendiary bombs, they were supposed to serve as a guide for other aircraft carrying fragmentation bombs.

The Italians were the first to fire on the I-15, and in response, Stepanov snapped the machine-gun fire in spite of falling into the wing, SM-81 firing back, continued to head for Barcelona. 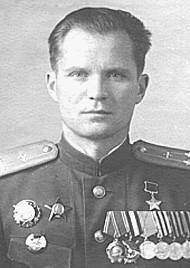 “” If I don’t dump him now, it will be late, the bombs will fall on the city ... ”. He knew what was going on down there. Hooters of steamers roar hysterically in the port. On the streets there is a piercing howl of sirens. The cellars of houses and small metro stations are crowded with women, children, and old men ... ”

Seeing that the shooting did not bring the desired result, Stepanov went to the ram. A strike in the tail assembly brought down one of the Savoy; the plane, along with the crew of 6 Italians, fell in the suburbs of Barcelona.

The remaining bombers of the 251 Squadron decided to stop the mission and left the course. Stepanov and Finn landed their cars safely at the airfield in Sabadel. The fuselage and wings of the I-15 Stepanova were riddled with bullets in many places, and the propeller's ends were bent at the ends of the blades.

The hero of the first night ram fought against the Francoists and their allies for several months, in January 1938, his plane was shot down, the car was managed to land, but the pilot himself was captured, was sentenced to death, but by the International Committee of the Red Cross Stepanov was exchanged for German the pilot.

In comparison with the numerous formations of regular German and Italian troops assisting the rebels, the number of Soviet military was quite modest. But it was precisely the help of the Soviet military, along with the help of volunteers from other countries, that allowed the Republican government to resist the Francoists and their fascist accomplices for 32 months.

Soon, with the enemy, with whom the Soviet soldier fought in Spain, he will face in his native land.

Ctrl Enter
Noticed a mistake Highlight text and press. Ctrl + Enter
We are
From assassination to execution. The path to the death of Benito MussoliniTactics of the Afghan insurgents
16 comments
Information
Dear reader, to leave comments on the publication, you must to register.