Victor Bondarev: US sanctions will not undermine the Russian economy

October 27 2017
55
According to Viktor Bondarev, head of the Federation Council Committee on Defense and Security, the economic blockade of the West served Russia in "good service." 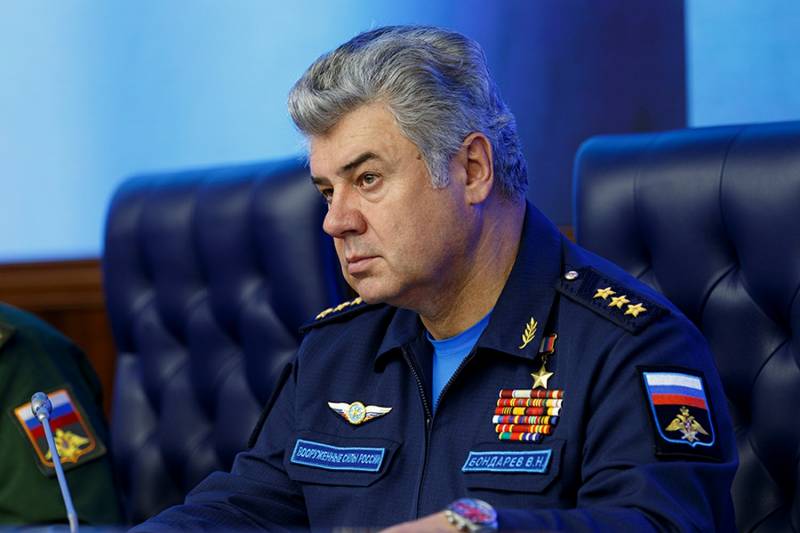 “The US sanctions will not be able to undermine the Russian economy and industry,” said Chairman of the Federation Council Committee on Defense and Security Viktor Bondarev (an electronic copy of the statement is available at the Military Review editors).

According to the senator, the real sector of the economy began to actively develop in the Russian Federation, and import substitution programs are being implemented. The domestic defense industry complex, the senator noted, over the past 3 of the year “has become significantly stronger”. In 2016, OPK "became the leader in industrial production growth, surpassing 10%."

Western states have been putting pressure on Russia since 2014. At the same time, Russia has many partners, in addition to the United States and their satellites, the head of the committee emphasized. As a result, despite Western pressure, Russia's export figures are growing. “We find a more favorable market,” said the senator. - In 2015, Russia's military exports amounted to 14,5 billion dollars, and in 2016, it exceeded 15 billion dollars. We are actively exporting weapons to our partners in the SCO, BRICS, EAEU, ASEAN. ” As an example, Mr. Bondarev brought the latest deal with the Philippines.

At the same time, he acknowledged that the new potential anti-Russian sanctions would affect the interaction of the Russian Federation with the United States in Syria.

“Political cooperation between Russia and the United States, of course, will suffer. I think there will be even less constructive interaction in the fight against terrorism in Syria. But before that it was a little bit, because we are fighting against terrorists, and the Americans use the Syrian tragedy for their own purposes, throwing firewood on the fire of war. ”

The topic of sanctions raised is not easy. According to the newspaper "New York Times", D. Trump's administration sent a list of new possible sanctions against Russia to the congressmen. This was done "under pressure from both Republicans and Democrats," the publication said.

Congress received a list of Russian-related organizations that are likely to fall further under new sanctions related to Russia's actions in Eastern Europe, Syria, and in the US presidential election in 2016. Officials explained to lawmakers that they intend to impose sanctions on individuals in the United States (and not only) who conducted “significant” business with Russian enterprises.

The list, the newspaper notes, was “an attempt to appease the critics” of Trump’s team, including Senators John McCain and Benjamin Cardin. A copy of the list is available at the New York Times.

McCain and Cardin have already said that this list of administration "is a step in the right direction."

These two, we add, tormented the Trump team in full compliance with the law he signed. 2 August Donald Trump signed the law on sanctions against Russia, Iran and the DPRK, which stipulated that no later than 1 of October the White House was obliged to provide a list of persons and organizations in the defense and intelligence sectors of Russia to be included in the black list. Team Trump, as we see, was late with the black list for almost a month.

Ctrl Enter
Noticed a mistake Highlight text and press. Ctrl + Enter
We are
The action “Military service under the contract is your choice!” In Rostov-on-Don: future contract servicemen, exhibitions and “Russian Knights”China expands its amphibious capabilities
55 comments
Information
Dear reader, to leave comments on the publication, you must to register.